-  Fri Dec 06, 2019 9:38 am #592259
So after absolutely lapping up Corbyn (and other leaders) being taking apart by Andrew Neil and clapping along like trained seals the Mailites are now angry at bias Andrew Neil for empty chairing Boris...


Andrew Neil savages Boris Johnson in monologue calling out PM's refusal to face him for BBC interview and insisting he must address his 'untrustworthiness' before election
https://www.dailymail.co.uk/news/articl ... lenge.html

Remarks not printed, none, United Kingdom, 13 hours ago
I tell you what sunshine, if you and all of the presenters would permit the question that you ask to be answered without interruption the maybe you will get a better response. If you or I was being interviewed we would tell them to shut up so the we could answer the question without any butting in
+3311 -654

Radagast the Brown, Rhosgobel, United Kingdom, 11 hours ago
Well done Boris, if the BBC werent so biased and arrogant Im sure he would do it. Tell them it stick it up their Lefty derrires
+179 -65

Frondeg1, Wales, United Kingdom, 13 hours ago
Why would he subject himself to this rude and arrogant man? There are plenty of other opportunities for scrutiny
+2288 -878 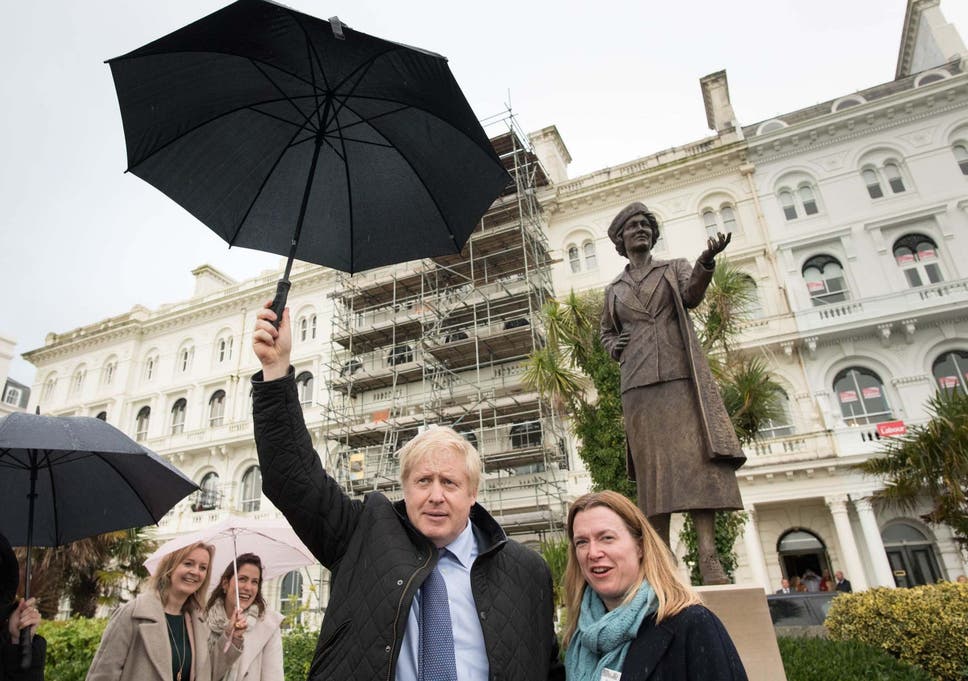 -  Fri Dec 06, 2019 10:14 am #592265
Looks like the Right wing rags are going to go into damage limitation mode over this interview fiasco. Again, the same rags that celebrated other leaders being given tough interviews:


Tories slam Andrew Neil's 'tired' interview format and claim the public are 'fed up' with interviews after the BBC presenter empty-chaired Boris Johnson for refusing to agree to face him
https://www.dailymail.co.uk/news/articl ... dging.html

Yelled at him to ask one of the questions himself if he was so bothered. Then didn't answer the question that was asked.
"It is the duty of a newspaper to comfort the afflicted and afflict the comfortable."


I think that a great many people would consider Kuensssberg herself to be a senior Conservative source.

-  Fri Dec 06, 2019 12:02 pm #592281
Are any adults in the room with a voice that'll be heard going to actually make the very obvious point that the Tories were absolutely fine with interviews and their formats when it was their opponents getting a grilling? Fucking hell...it's so obvious it's painful.
Others?

#"People of Colour"
Well that proves fuck all.

-  Fri Dec 06, 2019 12:42 pm #592288
I'm surprised that the Mailite support for the cowardly cowardly custard is so strong considering Farage at least had the cojones to go through the Neil interview.
mattomac liked this
"He's the leader of the gang. He's the top, he's the tip, he's the championship. He's Top Cat. And he's scum!"


Just canceled a visit to Rochester at the last minute. He was due to give a stump speech to Tory supporters but a small number of protesters also arrived holding signs. Tories claimed it was canceled because of “logistical reasons”

-  Fri Dec 06, 2019 3:23 pm #592299
I guess it's a simple calculation they've made. The backlash from not turning up is less than the backlash would be if he faced scrutiny. They know they won't be hammered for it by the press for these no-shows so it's an easy decision for them.

Well that proves fuck all.
Others?

Reply
Return to “The Government”
28 Jan

They're not (still) known as the Car Rempli de Si[…]

A local member embracing his inner Leslie Judd has[…]

Layla Moran is more of a people politician than bl[…]