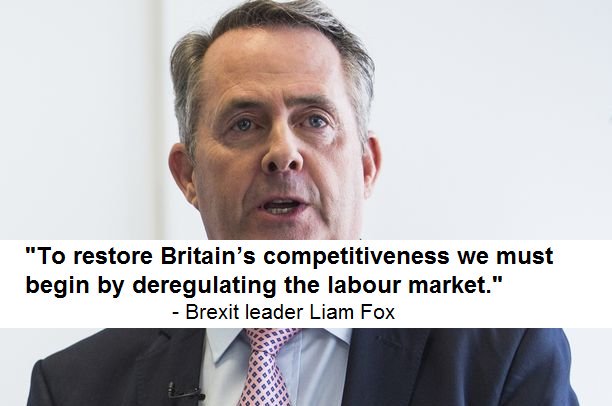 http://newsthump.com/2017/08/23/we-mean ... brexiters/
The educated differ from the uneducated as much as the living from the dead. Aristotle

-  Fri Sep 01, 2017 11:36 am #517835
Liam Fox claims he is being blackmailed into paying mobile phone contract he voluntarily entered into
They fuck you up your mum and dad,
But not as much as Brexit will.

It's Schrodinger's Brexit once again.
Fracking will incur imprisonment.

-  Tue Oct 03, 2017 1:32 pm #520930
"Highest number" is an interesting choice of words, isn't it? Bit different from "highest percentage of the workforce in employment".
"Highlander was a documentary and the events happened in real time" - Master Shake

And interesting to reflect whether waiting 2 weeks for the next gig is really the same thing as in work.
The educated differ from the uneducated as much as the living from the dead. Aristotle

https://www.theguardian.com/business/20 ... d-of-trade" onclick="window.open(this.href);return false;
They fuck you up your mum and dad,
But not as much as Brexit will.

That's cos its the board of rough trade.
The educated differ from the uneducated as much as the living from the dead. Aristotle