Good work. He's done a couple of good things like this. 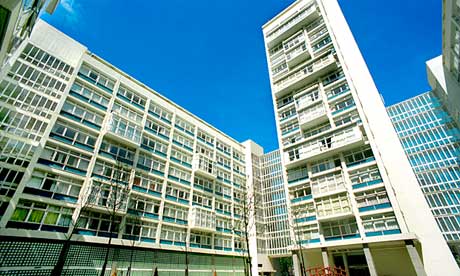 The Liberal Democrat minister hit out after the low-tax pressure group published figures claiming that household energy bills could reach £2,000 per household by the end of the decade – with green charges and subsequent VAT increasing prices by 29 per cent.

Its analysis was based on calculations from the investment bank Liberum Capital which predicted the rise in green energy taxes will mean average electricity bills reach £812 by 2020. The TaxPayers’ Alliance estimated gas bills could also rise by 29 per cent, using the forecasts to launch a campaign calling for an end to wind turbine subsidies.

But the figures have been disputed by Mr Davey, who has written to the Taxpayers’ Alliance to express his anger. The letter, seen by The Independent, says: “Your calculations are wrong and there is no good foundation to your claim that by 2020 green charges and tax will account for £620 of average energy bills. It is disingenuous to seek to pin the blame on government policies using inflated assessments of their impacts while ignoring the main driver for price increases – rising global fossil fuel prices.”

http://www.independent.co.uk/news/uk/po ... 08335.html" onclick="window.open(this.href);return false;
Change does not roll in on the wheels of inevitability, but comes through continuous struggle.

He's on the payroll at QuickQuid, apparently.

http://www.guardian.co.uk/politics/2013 ... ncil-homes" onclick="window.open(this.href);return false;
Change does not roll in on the wheels of inevitability, but comes through continuous struggle.

On Monday lunchtime the Government contacted the city council and campaigners to inform them the 40-year-old building had been given Grade II status.

Preston Council had intended to knock down the station and build a new bus station in its place.

http://www.lep.co.uk/news/preston-bus-s ... -1-6077240" onclick="window.open(this.href);return false;
Change does not roll in on the wheels of inevitability, but comes through continuous struggle.

Man of culture, Johnson, was happy with both.

" onclick="window.open(this.href);return false;
Change does not roll in on the wheels of inevitability, but comes through continuous struggle.

He has also continued support for Galileo which the swivel eyes claim is part of a Brussels plot for world domination.

-  Wed Oct 16, 2013 4:02 pm #341401
Greg Barker's not a particularly imposing chap, and like any politician, doesn't want to seem disloyal, so doesn't come across particularly well. But apparently he's good on climate stuff, amid the loons. I suppose there must be a few like him who were genuinely excited by the pre-election Cameron. I suppose it's to Cameron's credit he's kept Barker there.


The list of Conservative Sports Ministers is uninspiring. While Labour have had the odd dud, the Tories have given us a whole parade of cyphers.
But Hugh Robertson was better than that. Bright, diligent and determined, he helped deliver the incomparable London Olympics, fought for their legacy and battled the philistine attempts of Michael Gove, the Education Secretary, to destroy sport in schools.
After confronting the challenges for almost a decade, in government and opposition, he has been reshuffled. We wish him well, because English sport has been sturdily served by Hugh Robertson.

The new minister is Helen Grant, who I gather is a rising star. No idea how she'll turn out, but promising that someone like her has been chosen. I guess Cameron genuinely wishes sport well.

The boss of Domino's Pizza should "probably pay his staff a little more" if he wants to recruit extra workers, the UK's immigration minister has said.

Chief executive Lance Batchelor has complained that he has been unable to fill 1,000 vacancies since migration rules were tightened up.

But minister Mark Harper said Domino's should "reflect" on salaries, adding: "It's a market."

He said the law would not change "just so he can keep his wages low".

Mr Batchelor, who is leaving Domino's to work at Saga, told the London Evening Standard the pizza takeaway and delivery chain was "struggling to get enough employees", especially in London and the south east of England.

He added: "People who would have worked here a few years ago now don't want these jobs. We could fill 1,000 jobs across the UK tomorrow if we could get candidates to apply for them."

'Profitable'
Mr Batchelor's comments came ahead of the ending of transitional restrictions on Romanians and Bulgarians working in the UK coming on 1 January.

Mr Harper told the Commons Home Affairs Committee: "Mr Batchelor was talking about hiring people in his particular pizza chain. And it seems to me that if you have jobs available and you can't fill them, he perhaps ought to just reflect on the salary package that he's offering".

He added: "He should probably pay his staff a little more and then he might find them easier to recruit then. It's a market."

Mr Harper said the government would not make it easier to bring in "relatively unskilled" workers from "outside the European Union just so that he can keep his wages low.

"He runs a profitable business. He should pay what the market demands."

He added that Mr Batchelor had been "implying" it would be easier to take on staff if restrictions on those coming from outside the EU were relaxed, but should instead "look at" rates of pay.

I disagreed with the burglar’s policy, of tying me to a chair. But I did admire his convictions.


"For the past 30 years, since I became an adult, I have been aware of grieving black families on the steps of courts or inquests flashing across my television screen," he said. "Up until this point I have chosen to do nothing. Now I am standing up and trying to do something. I may want to ask others this question, but I have to answer it: why, for 25 or 30 years, did I do nothing? Until I answer that question satisfactorily, I will not cast aspersions on others."

-  Tue Jan 21, 2014 10:27 pm #355793
Here's what appears to be an example of a minister trying to do something sensible and being blocked by Cameron. Apparently Theresa May wants to curb stop-and-search - long a major source of discontent in inner-city areas - but tough guy Cameron won't have it. It's depressing and not remotely surprising that the 2011 riots have just resulted in more of the micromanagement and repression which fuelled them in the first place. But all that does is store up more problems for the future. 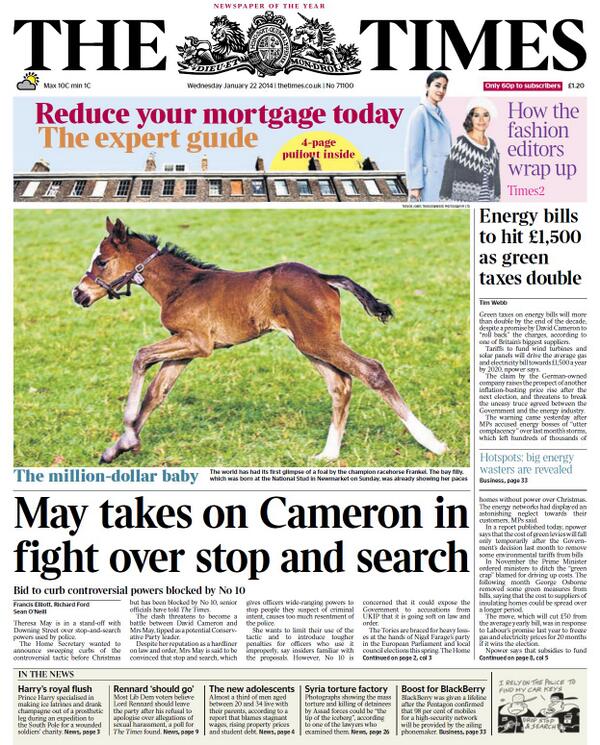 -  Wed Dec 17, 2014 8:40 pm #396189
Jane Ellison, the public health minister, has banned smoking in cars with children. Facing down the pseudo-libertarian bores on her own side. She also seems keen to take plain packaging forward. They might have stalled her on plain packaging though. Hope not.

Reply
Return to “The Government”
27 Jan

I was more interested in the Sheerline and the Van[…]

All these brilliant policies and politicians let[…]