Cannot believe that they can be this arrogant and/or tone deaf. This is serious 1996, season 10 of the Major show no fuck giving.
"There ain't nothing you fear more than a bad headline, is there? You'd rather live in shit than let the world see you work a shovel."

Tubby Isaacs wrote: ↑
Sat Oct 24, 2020 11:03 am
Not to defend Rayner (and hasn't she apologized?) but are they seriously claiming that the abuse was caused by Rayner, not by them voting not to give free meals to poor kids in a pandemic?

Offended by everything. Ashamed of nothing.
oboogie, Malcolm Armsteen, Kreuzberger and 6 others liked this
No amount of cajolery, and no attempts at ethical or social seduction, can eradicate from my heart a deep burning hatred for the Tory Party. So far as I am concerned they are lower than vermin. Aneurin Bevan
Others?

Andy McDandy wrote: ↑
Sat Oct 24, 2020 5:57 pm
Cosying up with fascists aside, makes you wonder what else they're sneaking through.

Cannot believe that they can be this arrogant and/or tone deaf. This is serious 1996, season 10 of the Major show no fuck giving.

The difference being that Major was fundamentally a decent old-school Tory who was unable to deal with the Bastard Squad. Johnson is letting them have free rein because he's one of them.
mr angry manchester, Andy McDandy, Oblomov liked this
We've got democracy! Who needs solidarity?

You see, with Brexit, there is a chance of course, however small it may seem, that it may turn out a rip roaring success. Personally, I don't think so, but yes, I could be wrong.

Nobody can say with 100% certainty that Brexit will work, or it will not. We will have to wait and see. People voted for it in the belief that it will work, and as yet, we cannot say that they were wrong.

The school meals issue however, is only going to result in one outcome. Hungry children. For someone to vote, or indeed support that shows such wickedness, and lack of compassion for their fellow human being that their moral compass is not only askew, but thoroughly broken.
Malcolm Armsteen, Timbo, Tubby Isaacs and 1 others liked this
"He's the leader of the gang. He's the top, he's the tip, he's the championship. He's Top Cat. And he's scum!"

Malcolm Armsteen wrote: ↑
Sat Oct 24, 2020 10:05 pm
I'm hearing from some friends - who I trust - that in central Wandsworth the gangs are feeding the school-age kids who are short of grub. Doing them a favour. Which will later be called in...

Where the state fails, Mafias fill the void.
The educated differ from the uneducated as much as the living from the dead. Aristotle

-  Sun Oct 25, 2020 10:31 am #627830
It encapsulates the problem with politics these days. Tribalism and loyalty are everything, reason and logic are signs of weakness. There can be no backing down, because it's worse to admit defeat than to die. Because you don't see it as about actual people, but as a theoretical exercise, a topic for debate, practice for your rhetorical skills.

Remember the furore over that Eton exam paper, "justify shooting protesters dead"? This is that in real time.
"There ain't nothing you fear more than a bad headline, is there? You'd rather live in shit than let the world see you work a shovel."
Others? 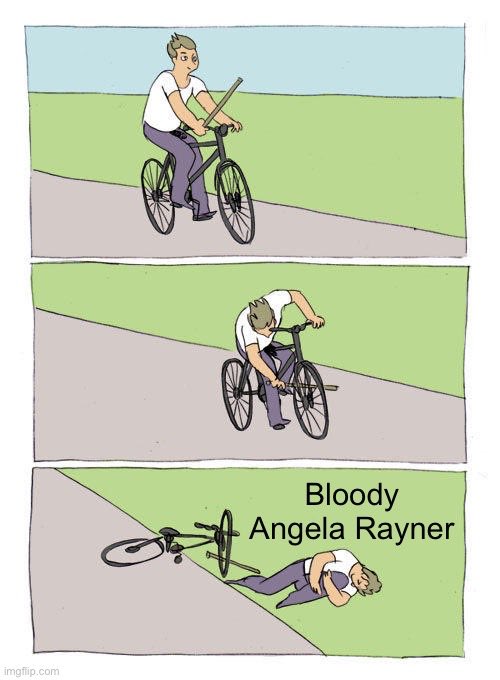 Tubby Isaacs, Malcolm Armsteen, Boiler and 2 others liked this

Reply
Return to “The Government”
23 Jan

One by one, these otherwise and hitherto untouchab[…]

FOB Terminals for the house. They should be hounde[…]