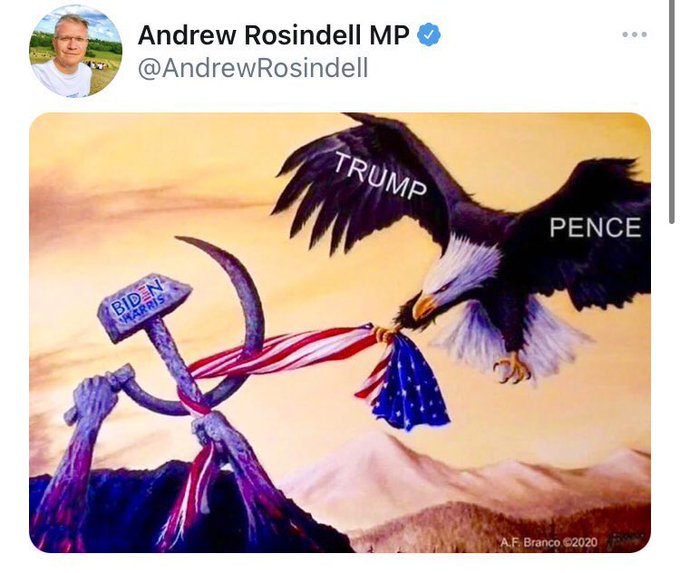 Sorry for the double post but he's my mate's local MP so I figured I'd chime in.

Rosindell is an intellectual pygmy and a war fetishist (ever seen the Union flag waistcoat he dresses his bulldog up in?), to the point where near-propaganda pieces like The Dambusters are erotica to him.

The economy of scale the contract allows should buy more than the larger ‘hamper’ for £30.

-  Tue Jan 12, 2021 5:47 pm #635329
The resident Tory on another forum derided the Tweet as "rubbish" saying it ignored the cost of logistics, warehousing etc. Then someone pointed out that the company in question would be buying in at wholesale prices which would offset the logistical costs.
Catkins liked this
"I am not expendable, I'm not stupid and I'm not going outside."
(with apologies)

-  Tue Jan 12, 2021 6:06 pm #635331
And you could avoid all those costs by JUST GIVING PARENTS VOUCHERS.
Catkins, Oblomov liked this
"There ain't nothing you fear more than a bad headline, is there? You'd rather live in shit than let the world see you work a shovel."

It must be true cos a Tory said so.
This age thinks better of a gilded fool / Than of a threadbare saint in Wisdom's school - Thomas Dekker c1598

-  Tue Jan 12, 2021 9:39 pm #635346
Chartwell’s are well known in University catering, it was questionable what they were serving at the end of their contract with The university I work at.

The portion size was as bad as that’s being shown, the lot who replaced them aren’t much better though to be fair their food looks like what it is supposed too.

The PLU like you are strong on the Angela Rayner post is strong even after Chartwell’s have admitted how bad they look, comes down of the poorest to spend, the irony is this bullshit is wedded in Victorian times alongside genetic driven racism.

Reply
Return to “The Government”
28 Jan