In this case it's "One for the Pinkoes".


(Haven't heard that term in a while; but when I did it was always a ruddy faced porker in a blazer).
The educated differ from the uneducated as much as the living from the dead. Aristotle


About that speech and how it went down...

Not a single hand went up when Ms Leadsom asked an audience of farmers if they agreed her department was ready for Brexit.

The Red Arrow wrote:Or the lunatic McCarthyist neighbour in largely forgotten animated series "Wait till your father gets home".

Was it Ralph? with a back garden private army on the look for Commies 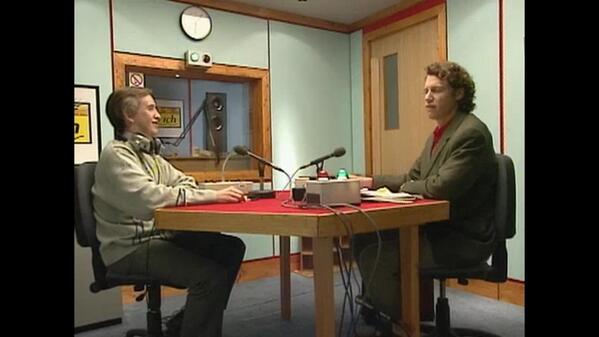 Andrea Leadsom, the Environment Secretary, has hinted that farmers could continue to hire EU migrants to carry out seasonal agricultural work after Brexit.

In a speech at the Oxford Farming Conference, Ms Leadsom, a leading figure in the Leave campaign during the EU referendum, said she was aware how important the labour is to the agricultural industry.

Despite the Government consistently insisting to introduce a tougher immigration system, she added: “I’ve heard this loud and clear around the country, whether in Herefordshire, Sussex, or Northamptonshire, and I want to pay tribute to the many workers from Europe who contribute so much to our farming industry and rural communities.

“Access to labour is very much an important part of our current discussions – and we’re committed to working with you to make sure you have the right people with the right skills.”

Ms Leadsom has previously suggested that more young Britons could do some of the fruit picking and farm labouring jobs done by EU migrants. Speaking at the Conservative conference in October, she added: "We could get British people doing those jobs and that tempts me to stray into the whole issue of why wages aren't higher and so on.

Is she also hinting that they will only be allowed to stay for the season and have to go home until the following year, how the fuck will that work?

-  Fri Jan 06, 2017 11:20 am #490534
The people of Boston or other parts of Lincolnshire which voted out won't exactly be pleased to see them all suddenly reappearing again despite their vote to leave because they're here in the first place.
I could never die, I'm Chuck Norris.
Fuck the Government, and fuck Boris.

-  Fri Jan 06, 2017 11:40 am #490540
Back in September I was in Cambridge for a few days and ended up watching a local documentary about East Anglian farmers. Turns out quite a few have land both in the UK and in eastern Europe, particularly Poland, and are very concerned about how things are going to work out in the near future.

bluebellnutter wrote:The people of Boston or other parts of Lincolnshire which voted out won't exactly be pleased to see them all suddenly reappearing again despite their vote to leave because they're here in the first place.

The Government could shut them up by threatening to join them to Worcestershire again.

Yes. And I still do.

Might give him a decent rôle model to emulat[…]

The creature that insisted schools *will* open in […]

Remember that whole Keir should have called out th[…]