http://www.independent.co.uk/news/uk/po ... 35976.html" onclick="window.open(this.href);return false;
They fuck you up your mum and dad,
But not as much as Brexit will.

http://www.independent.co.uk/news/uk/po ... 36121.html" onclick="window.open(this.href);return false;
They fuck you up your mum and dad,
But not as much as Brexit will. 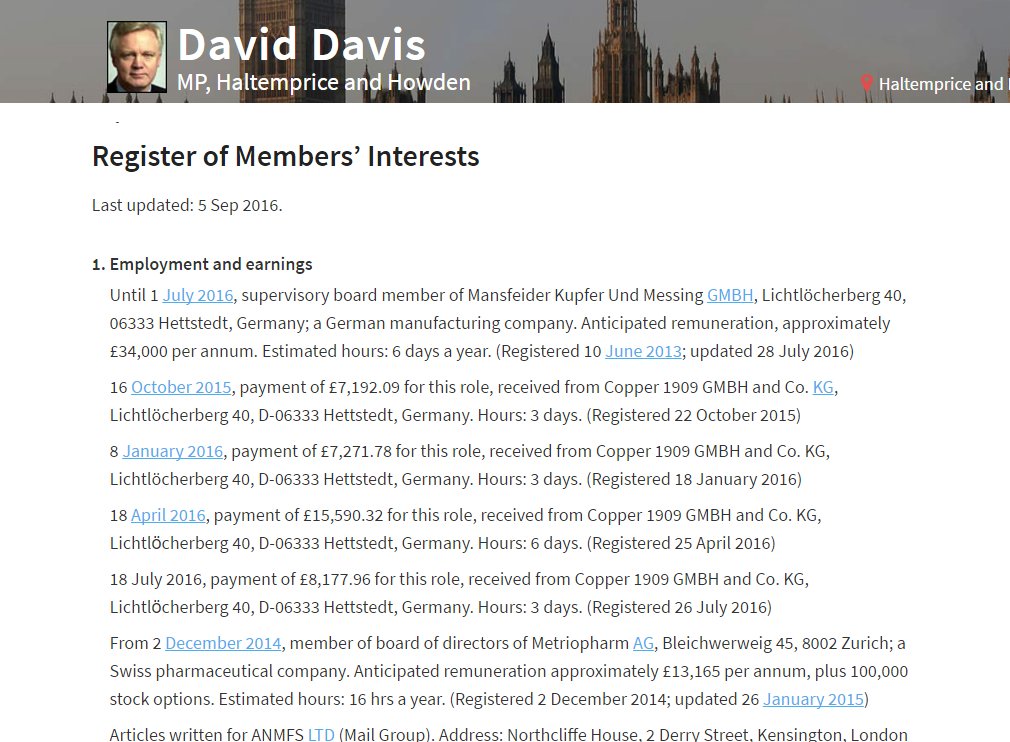 So why were you three put in charge?

https://www.theguardian.com/politics/20 ... ampaigners" onclick="window.open(this.href);return false;
They fuck you up your mum and dad,
But not as much as Brexit will. 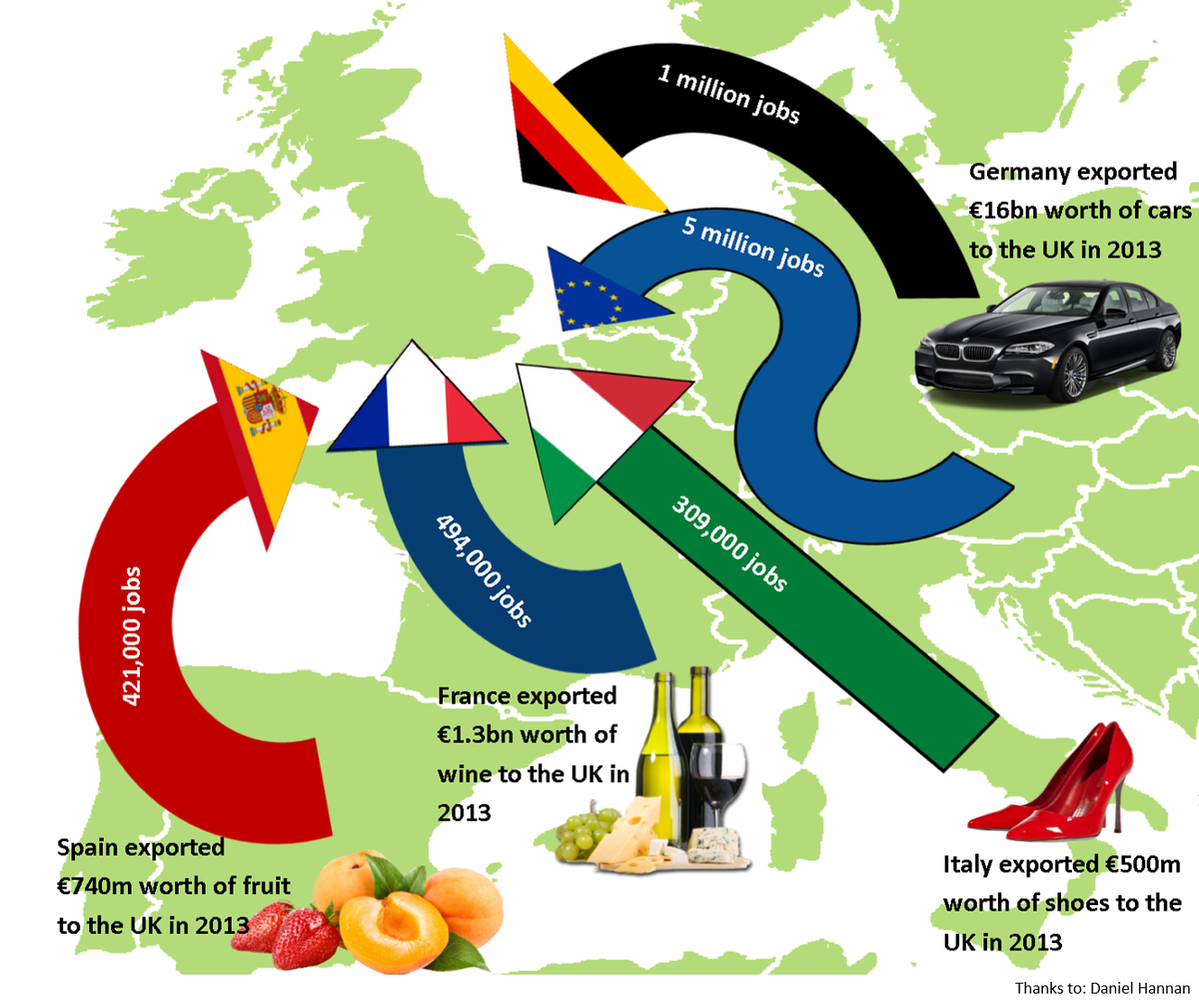 As someone else said what are we actually exporting?

-  Fri Oct 07, 2016 9:15 am #479204
Exporting cars under WTO rules is not so technical difficult but we are third largest services exporter in the world and economically need the EU far more than Germany. It's not just about the single market but the common external tariff area and over 50 FTAs that give us access to the world's medium size economies.

What Davis fails to understand that whether its services or manufacturing EU countries will have a competitive advantage to eat into the UK's export market and are happy to take a hit on tariffs to the UK. May is going to a gun fight with a water pistol even if negotiations were about economics which they are not. Any concession to the UK is a concession to Alternative Deutschland and Le Pen.

-  Fri Oct 07, 2016 3:23 pm #479268
What is this thing with "yeah but they will still want to sell us BMW's". Now the thing I cannot understand in relation to that is.... how many other countries want left-hand drive cars - not very many as far as I can tell, therefore in relation to their total sales I would assume we ain't so important.
The world is not full of arseholes; but I always seem to encounter at least one a day!

-  Fri Oct 07, 2016 3:31 pm #479272
UK is important market for German car industry but not the most important. Their biggest market is the EU and they will place that way above the UK when a trade deal is negotiated.
What people like David Davis don't tell people is that we export as many cars to the EU as we import from the EU.

Of course, BMW want to sell as many cars as possible and they do that by running the lines tooled to deliver the many variants they need. Some for SA, others for the USA, and others still for China, and on it goes. If they find that they are able to sell fewer units in the UK (for GBPs of rapidly diminishing value), they'll simply run the RHD line for less time.

That is a simplification too but a realistic one.
Jack believed in the inherent goodness of humanity, and felt a deep social responsibility to protect that. Through us all, Jack marches on.

This is fucking politics for children. 'Look kids, wooo, lots of zeroes!!!'

One in ten of every man, woman and child? On average, three of my fife-year-old daughter's classmates bought themselves a BMW?

I see plenty of Renaults, Fiats, Toyotas, Minis, Land Rovers and even the odd Bentley. They all have to come from somewhere, too. But apparently, on average, six people on my street bought a brand new German car in 2013?

Not sure I buy that number.
Fracking will incur imprisonment.

Reply
Return to “The Government”
23 Jan