-  Sat Jun 15, 2019 12:26 am #577966
I wonder how he squares his religious and political sensibilities with the reality that "snowflakes" was a gay man's parodic interpretation of social pressures relating to the more toxic elements of masculinity. Y'know, with our Jake being so literary, carefully researched and intellectual, and not some soundbite politician playing to the gallery.
Ní uasal aon uasal ach sinne bheith íseal: Éirímis

https://www.theguardian.com/sport/2014/ ... d-twenty20
'If there's anything more important than my ego around, I want it caught and shot now". Douglas Adams.

Cricket? It's quite simple, really -

When a man goes out to go in, the men who are out try to get him out, and when he is out he goes in and the next man in goes out and goes in. There are two men called umpires who stay all out all the time and they decide when the men who are in are out. When both sides have been in and all the men have been out, and both sides have been out twice after all the men have been in, including those who are not out, that is the end of the game.

See also:
Cricket is a little like baseball, but totally different in almost every way.
https://www.buzzfeed.com/awesomer/crick ... en-cricket
bluebellnutter, Cyclist, Arrowhead liked this
The Red Arrow is currently appearing in 'Ride Me Like Piggot'' at The Kings Theatre, Newmarket.

Malcolm Armsteen wrote: ↑
Mon Jul 15, 2019 10:59 am
Were we fighting Holland? I'm pretty sure they were neutral - apart from Antony Fokker, of course. And granting Wilhelm II asylum.

NOUN
a comparison between one thing and another, typically for the purpose of explanation or clarification.
'If there's anything more important than my ego around, I want it caught and shot now". Douglas Adams.

England, of course, went on to lose the final.
Do what you can, with what you have, where you are.

-  Mon Jul 15, 2019 1:36 pm #581019
Doesn’t cricket have Flemish origins?
Rees-Mogg is relaxed about colonial descendants playing cricket which taught fuzzy-wuzzy and Fenian natives about fair play. And that’s why those sneaky Continentals don’t play cricket as they never basked under the enlightened rays of British colonial rule.

-  Mon Jul 15, 2019 2:04 pm #581024
According to my Ladybird story of Cricket, cricket is derived from 'stool ball' - as you were, Abers - in which medieval types would attempt to swat away balls tossed at their three legged stools. Easy to envisage what sort of mess the Empire would have been trying to teach the natives a game derived from 'chairball', eh? Four stumps just wouldn't be...er, cricket.

For all the quaint traditions, it's quite a progressive sport though, they even have women's teams, like the MCCesses, the Lancashire Lasses and the Hampshire Handbags. Their husbands make the tea and keep score. 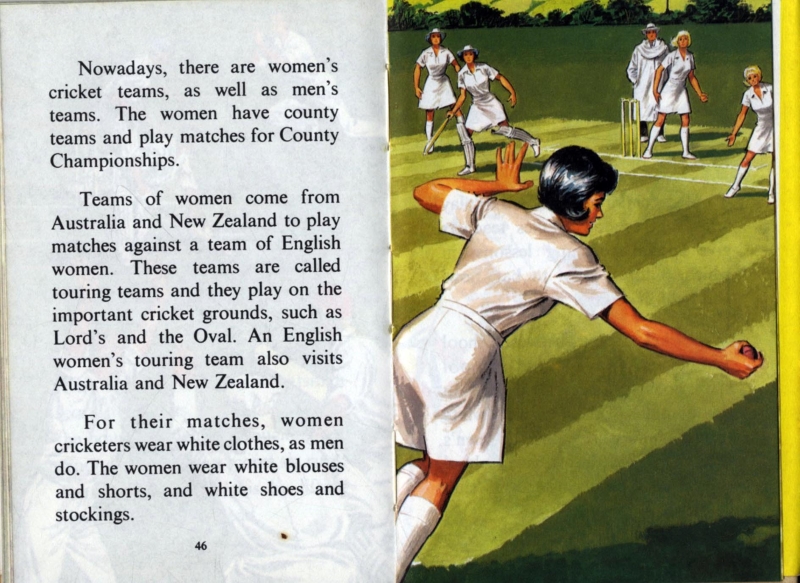 Ps. That wonderful documentary on Ladybird books should still be on BBC iPlayer, It was transmitted last week. A treat if you haven't seen it. A treat if you have.
The Red Arrow is currently appearing in 'Ride Me Like Piggot'' at The Kings Theatre, Newmarket.

Reply
Return to “The Government”
31 May

Benn thrived on debate, Corbyn's both incapable an[…]

What’s notable though is none of those peopl[…]