-  Mon Jul 09, 2018 10:12 am #547729
Don't remember anything about his previous spells in the Cabinet, which is probably a bad sign from his perspective.
I could never die, I'm Chuck Norris.
Fuck the Government, and fuck Boris. 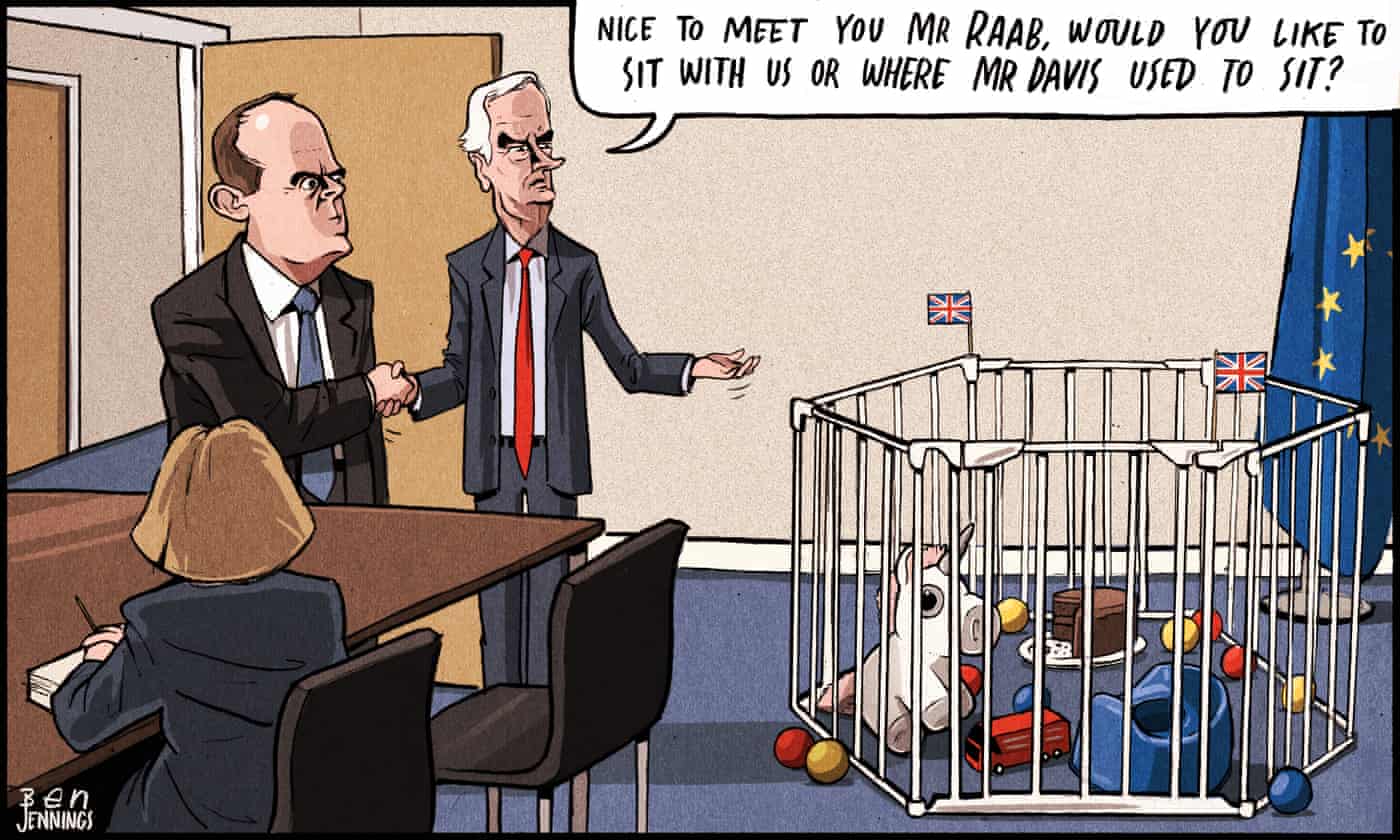 Malcolm Armsteen, Cyclist, Boiler liked this
They fuck you up your mum and dad,
But not as much as Brexit will.
Others?

I am making this statement to bring to the attention of the House a machinery of government change.

It is essential that in navigating the UK’s exit from the European Union, the government is organised in the most effective way. To that end I am making some changes to the division of functions between the Department for Exiting the European Union (DExEU) and the Cabinet Office.

DExEU will continue to lead on all of the government’s preparations for Brexit: domestic preparations in both a deal and a no deal scenario, all of the necessary legislation, and preparations for the negotiations to implement the detail of the future framework. To support this, DExEU will recruit some new staff, and a number of Cabinet Office officials coordinating work on preparedness will move to DExEU while maintaining close ties with both departments.

I will lead the negotiations with the European Union, with the secretary of state for Exiting the European Union deputising on my behalf. Both of us will be supported by the Cabinet Office Europe unit and with this in mind the Europe unit will have overall responsibility for the preparation and conduct of the negotiations, drawing upon support from DExEU and other departments as required. A number of staff will transfer from DExEU to the Cabinet Office to deliver that.

There will be no net reduction in staff numbers at DExEU given the recruitment exercise described above.

Bit of a slap in the face for old Raab that.
I could never die, I'm Chuck Norris.
Fuck the Government, and fuck Boris.

Might give him a decent rôle model to emul[…]