The lies are becoming accepted as facts. 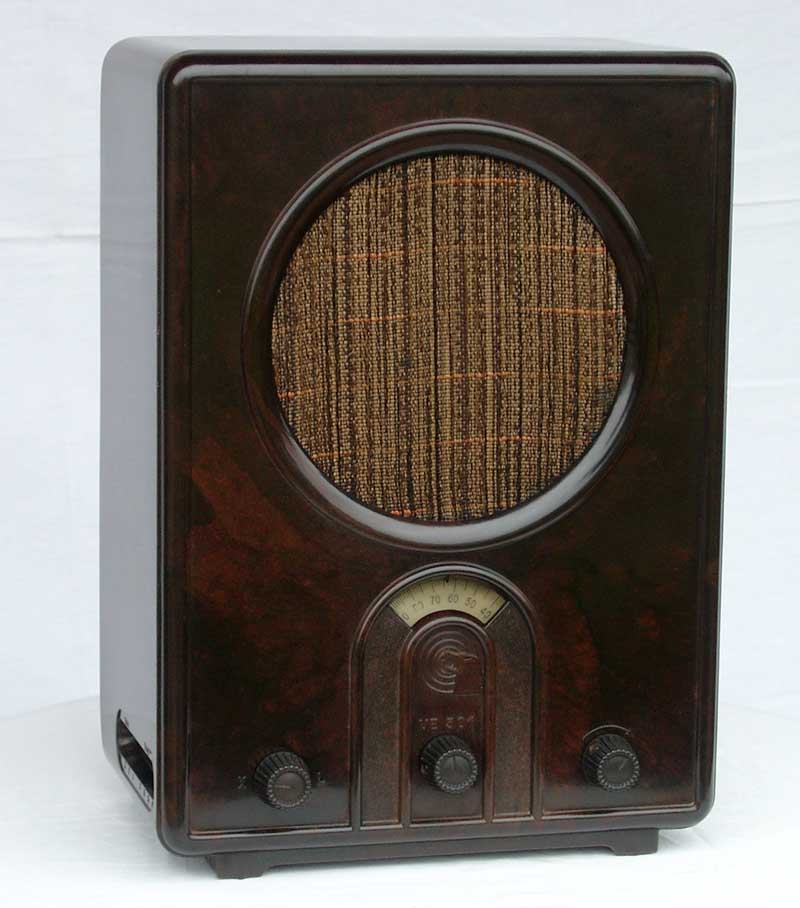 
Boris Johnson spent years showing off his superficial understanding of the classics by picking up Latin phrases from his well-thumbed dictionary of quotations and dropping them into his articles. A little learning was not a dangerous thing for him but a smart career move. It convinced conservative-inclined voters that Johnson had enjoyed the education of the old imperial ruling class and was not the lightweight he appeared to be. The fact that hardly any educated person studies Latin and Greek today made it easier for Johnson to bluff his way to the top when so few could see the vacuity behind the pose.

His administration has presided over thousands of needless deaths. It has never got on top of the virus. A terrible recession is all but upon us, and it’s likely that Tory zealotry will destroy the chance of a decent deal with the European Union that a broken country needs. Now more than ever, Johnson wants Conservatives to believe in the illusion of his talent.

Unlike Trump and Johnson, Cummings is not trying to fool the public but fool the fool who employs him – not the hardest of tasks, I grant you. He sinks to the level of the petty cheat because he must convince Johnson that he is a political mastermind.

Don’t be fooled as well. Too many liberals see Cummings as a manipulative demon with supernatural powers, when the most frightening thing about him, and Johnson, is their pathetic inability to control events. They are not evil geniuses but lazy, dogmatic and incompetent men, whose shabbiness is revealed as much by their little deceits as grand blunders. Don’t inflate them into monsters, who can never be beaten. Draw courage from their littleness.

Andy McDandy, Tubby Isaacs, Zuriblue liked this
Don't give me the Star Trek crap. it's too early in the morning.

The second wave that’s now inevitable, because they’re releasing lockdown far too early, will be directly attributable to this. It’s more can kicking rather than taking responsibility - only with very little road, and that road will be strewn with bodies. Their gamble is clearly enough people in the low-risk categories will be happy to have a semblance of normality back to disguise another load of mass deaths.
Timbo, oboogie liked this
Others?

-  Sun May 31, 2020 5:11 pm #612471
It's all very reminiscent of Thatcher's strategy for electoral success. Make just enough people better off to ensure a win, except this time it's make sure just enough don't have anyone close to them dying.
We've got democracy! Who needs solidarity?

The narrative is changing again:

The lies are becoming accepted as facts.

Too late the public has already made its mind up about Cummings. Nick Cohen is right about the man’s limitations if Cummings thinks his troll farm can make it all better.

davidjay wrote: ↑
Sun May 31, 2020 5:11 pm
It's all very reminiscent of Thatcher's strategy for electoral success. Make just enough people better off to ensure a win, except this time it's make sure just enough don't have anyone close to them dying.

Spot on.
Do what you can, with what you have, where you are.

-  Sun May 31, 2020 7:25 pm #612498
Median wages in the 80s did pretty well, even after inflation. I think the same was true in other places too- at least governments got re-elected- so this doesn't mean Thatcher was any sort of economic genius.

Abernathy wrote: ↑
Sun May 31, 2020 11:55 am
Meanwhile, another member of the Johnson clan has also been blithely disregarding the lockdown rules.

I’ll make an effort to tune in to hear her blag her way out of that one. You don’t even need to leave the house to present a radio show.

Think I'll wait for the highlights on Twitter, I heard her advertising sting and couldn't think of anyone I'd want to listen to less (which is saying something for LBC). And her colleague James O'Brien has been able to broadcast from his garden shed for the last 2 months so she's certainly got no excuse.

Christ, Jo Johnson is the only remotely tolerable one of that entire clan. He must detest sharing a Christmas dinner table with this lot.
You made him a poacher yourself, Squire
When you'd give not the work nor the meat
And your barley-fed hares robbed the garden
At our starving poor little one's feet

I suspect he may not last very much longer in the job. The 1922 committee won’t want a lame duck in charge with Cummings calling the shots.

Timbo, Boiler liked this
Others?

-  Sun May 31, 2020 9:13 pm #612512
That whole article is worth a read. And if, like me, you don’t want to reward uncle Rupert with a Times sub then I have it on good authority (cough) that searching for the title of the article on Google will yield a version on a site that may or may not rhyme with “dread it”.

Somebody in the Cabinet Office? Who are Gove's Spads these days?

The one I absolutely didn’t look at honest is still there. 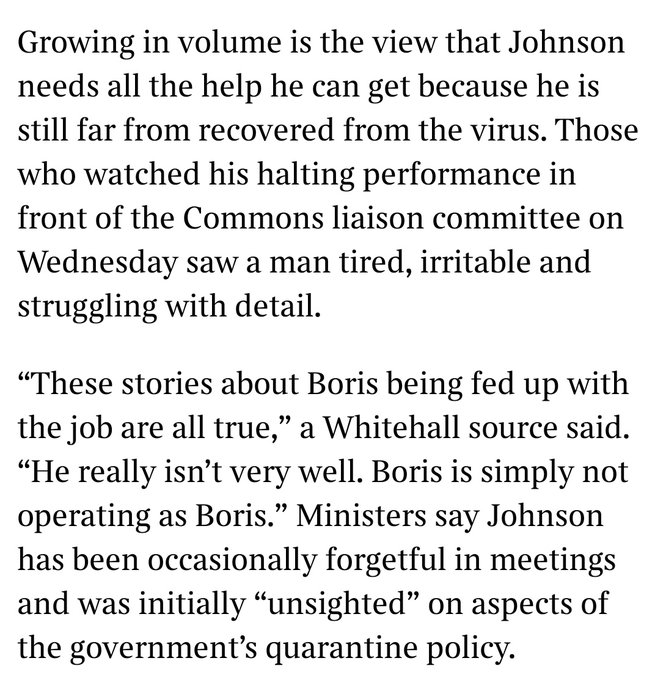 
Forgetful, Lazy, can’t be arsed. Boris Johnson was all those things from the get go, it has nothing to do with him and his Corona

I'm thinking they might be offering him a retire through ill-health narrative to add to his litany of lies. He'a always operated as Boris, it what he does - and there were plenty of warnings before all this.
The Red Arrow is currently appearing in 'Don't Bruise My Plums' at The Boxmoor Playhouse Hemel Hempstead

And please in the name of everything holy, let this snippet be true.


By Friday the atmosphere was so febrile MPs were sharing rumours in their WhatsApp groups that Dominic Raab, the foreign secretary, had punched Cummings in a fight broken up by Michael Gove, a claim variously dismissed as “not true”, “complete invention” and “total bollocks” by senior figures.

Reply
Return to “The Government”
08 Jul

Yes to all of this. The Italian Embassy should […]

I'm imagining Banks telling a couple of The All Bl[…]