Anti-Semitism and the Labour party

...the left need to vet better those who we help get into power.

It's a bit late now. Weeding out the incompetents and the anti-Semites would have been favourite.

Do these idiots really believe they have any relevance to, or even future in, the Labour Party?
This age thinks better of a gilded fool / Than of a threadbare saint in Wisdom's school - Thomas Dekker c1598

Cyclist wrote: ↑
Tue Nov 03, 2020 7:40 pm
Weeding out the incompetents and the anti-Semites would have been favourite.

Wouldn't that make The Campaign Group look a little, erm, threadbare?
Cyclist liked this
That subtle admixture of the absurd and the surreally plausible...
Others?

...the left need to vet better those who we help get into power.

Or, you know, MPs could look beyond one group in their local constituency parties.

It's in the group's hands from start to finish. But, if the group we are talking about is Momentum, they are generally so arse-achingly incompetent that they don't actually know anything about the people they elect...
oboogie, Cyclist, Tubby Isaacs liked this
Mene, mene tekel upharsin, Johnson.

But you know, not a proper lefty. 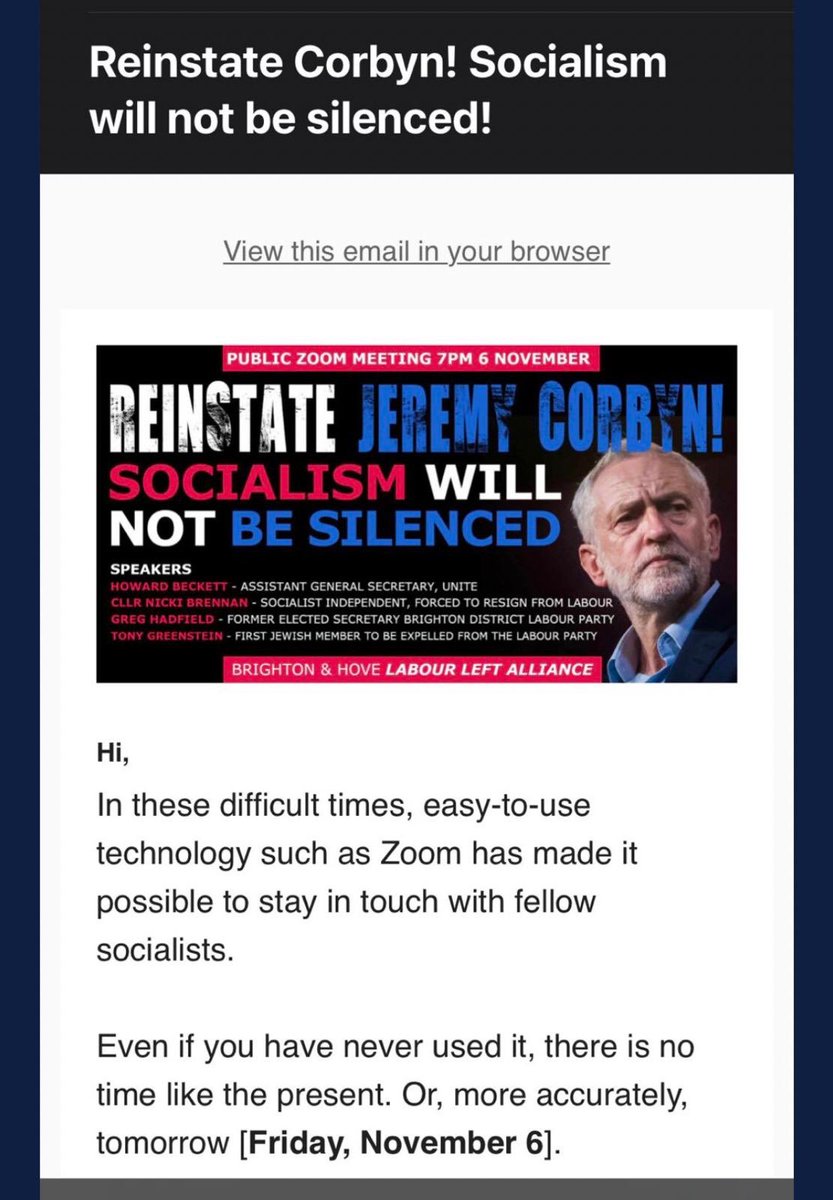 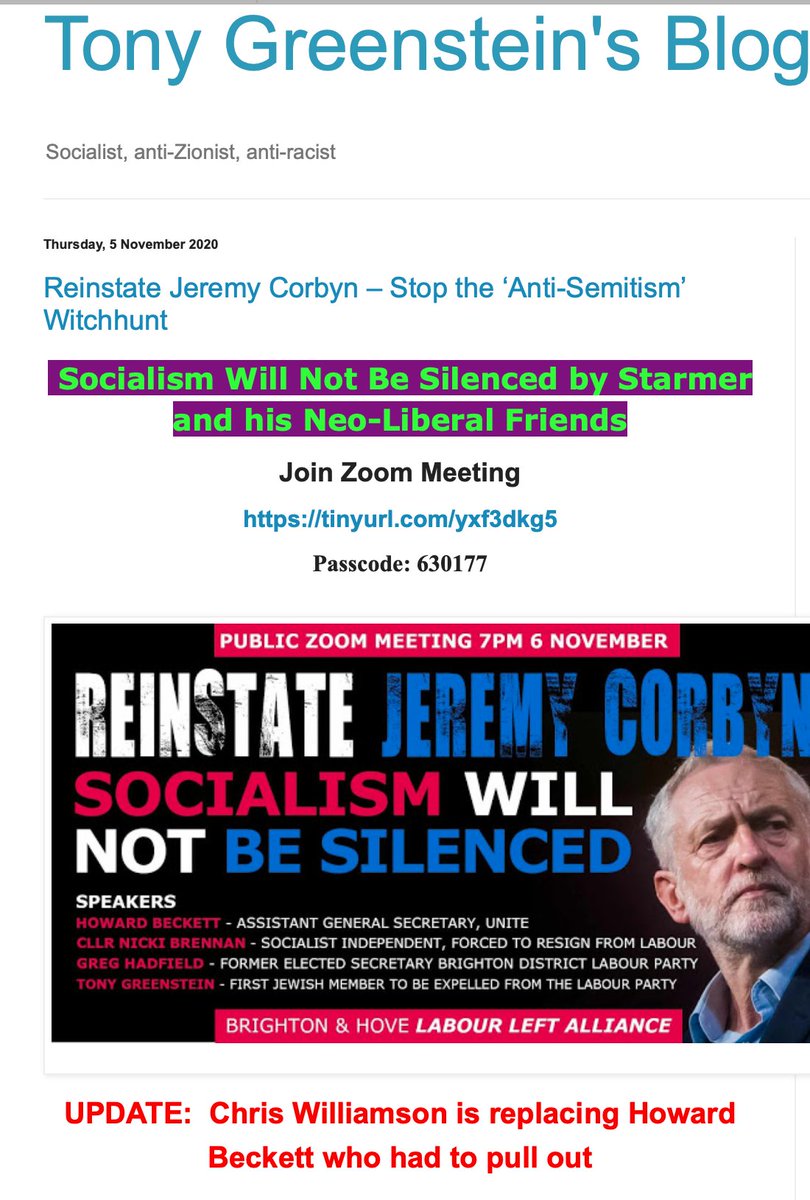 -  Sat Nov 07, 2020 3:20 pm #629460
A chunk of them thought Jan Ravens was racist for doing an impression of Diane Abbott. Like she'd just done the equivalent of Barrymore doing John Barnes or something.


One of the most senior officials in Unite, Britain’s biggest union, was fined £5,000 for his role in the miners’ compensation scandal.

Howard Beckett, director of legal services at the union, was put forward at a recent union executive council meeting to become an assistant general secretary of Unite. He was accused seven years ago of unfairly deducting fees from miners’ compensation claims.

The miners’ compensation scheme was launched in 1998 for 760,000 former British coal workers who had suffered serious industrial injuries, including lung disease and hand injuries. The scandal involved several law firms that wrongly took money from payouts to the miners.

Beckett and two colleagues attended a Solicitors Disciplinary Tribunal hearing on May 12, 2009, to face claims that his firm, BBH Solicitors, had not properly informed miners about deductions from payouts as referral fees to a claims-handling firm.

It was alleged: “The respondents had preferred their own interests, specifically the maintenance of their relationship with [the claims-handling firm] and the flow of referrals, to the interests of their clients.”


It said for a time that this meant the firm had allowed “commercial priorities to prevail over its ethical responsibilities”.

Beckett’s lawyer told the tribunal he had made “errors of judgment” but had acted in good faith and had not realised the payments were for referral fees. He added that BBH Solicitors had been “right at the bottom of the scale of operations” on miners’ compensation claims. BBH, based at Eastham Hall in Eastham Village, Wirral, was bought by Thompsons, another law firm, for £2.69m in August 2011. Thompsons is on a panel of 12 firms that provides legal services for Unite members.

Kate Lonsdale, a former colleague of Beckett when he worked in private practice, now owns Unite Tax Refund Ltd, based at Eastham Hall, and helps to obtain tax refunds for Unite members. Her firm keeps up to 30p out of every £1 that workers may have been overcharged by the taxman in their payslips.

John Mann, the Labour MP who has campaigned for victims of the compensation scandal, said it was “outrageous” that a lawyer fined over miners’ compensation should hold such a senior position in a union.

Tubby Isaacs liked this
Don't give me the Star Trek crap. it's too early in the morning.

His spokesperson got her first run out to date, re[…]

There was a fat gammon called Trump He gave all th[…]

Mississippi is one of the largest recipients of fe[…]