Anti-Semitism and the Labour party

in which he postulates that Corbynism, and thence anti-semitism, is a product of left-populism.


[A]ntisemitism is populism in perhaps its purest and most distilled form. It says that politics is indeed a battle between the virtuous masses and a nefarious, corrupt elite – and that that elite is “the Jews”. That’s why antisemitism carries so many of populism’s distinguishing features, from the fear of an enemy within, to its insistence that the media is bent on distorting reality. Earlier this year a global study by the Guardian found that a distinguishing feature of those with a populist worldview is a willingness to believe conspiracy theories, whether on the climate crisis, vaccines or aliens from outer space. Antisemitism is nothing if not an all-encompassing conspiracy theory, suggesting that Jews are the secret rulers of the world.

This gets us closer to that question, of why any antisemite would feel Corbyn’s Labour is the party for them. It’s tempting to link it with Corbyn’s fierce hostility to Israel, and his long record of not seeing anti-Jewish racism even when it’s right in front of him. But the subtler view is that, under Corbyn, Labour has shifted towards a left populism.

In a fascinating critique from the anti-capitalist left, Matt Bolton and Frederick Harry Pitts argue that Corbynism’s big move is away from seeing capitalism as a system with its own unalterable dynamics, compelling all within it to operate according to its own logic, to seeing its cruelties instead as the work of malign individuals. “From this perspective,” they write, “capitalist crises, poverty and inequality are wholly avoidable phenomena. They are the result of an immoral minority wilfully using the power of money, financial trickery and ideology to undermine – or, indeed, ‘rig’ – a society based on ‘real’ production which would otherwise work to the benefit of all.”

Such a view of capitalism – focusing on individuals, not structures – doesn’t necessarily end in hatred of Jews: you might blame some other “immoral minority”. But this is the problem with talking endlessly of the “many, not the few” (a sinister slogan which I loathed when Tony Blair was using it). Pretty soon, and especially after the 2008 crash, people will ask: who exactly are this few, working so hard to deny the rest of us our utopia? The antisemite has a ready answer.

Boiler, Oblomov liked this
The pain broke me, brotherhood relieved me, and from my wounds sprang a river of freedom. (Paul Dorey)
Inscription on the Mémorial de la Paix, Caen.
How soon we forget.

-  Sat Jul 13, 2019 1:02 pm #580843
Broke: fascists are anti-semitic
Woke: Corbyns labour is anti-semitic
Bespoke: Left wing politics is inherently anti-semitic
“Let me make my position clear: I wouldn’t want to win on an old-fashioned leftist platform. Even if I thought it was the route to victory, I wouldn’t take it. ”
-Anthony Charles Lynton Blair

-  Sat Jul 13, 2019 1:18 pm #580844
Lolling at the idea of writing an article about anti-Semitism on the left while casually implying that bankers are all Jewish.
“Let me make my position clear: I wouldn’t want to win on an old-fashioned leftist platform. Even if I thought it was the route to victory, I wouldn’t take it. ”
-Anthony Charles Lynton Blair

Except that wasn't what was said, now was it?
oboogie, Oblomov liked this

Can you actually point out where that was implied?
oboogie, Oblomov liked this


Got this card just for you, Len. 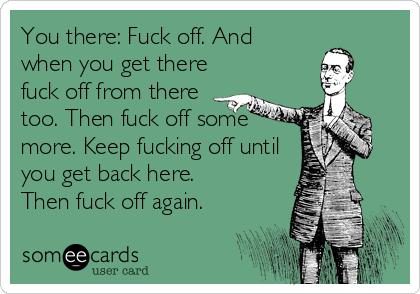 We are Labour members, former Labour staff and supporters of Labour values.
We watched Wednesday night’s Panorama special, Is Labour Anti-Semitic?, with alarm and anxiety.

The young Jewish members who revealed their horrible experiences of antisemitism in Labour deserve our solidarity and support, in actions as well as words. And we are immensely proud of the eight former Labour staff who bravely spoke out on the programme, four in defiance of gagging clauses. They represent the best of the Labour Party.

The revelations in the Panorama documentary deserve to be treated with the utmost seriousness. But the Party’s response has been to smear Jewish victims, and former staff, accusing them of acting in bad faith. These are dedicated ‘civil servants’ of the Party, who quit jobs they cared deeply about because their working environment was so toxic that it had severe consequences on their mental wellbeing, prompting one staff member to consider suicide.

This shameful communications strategy is the creation of your office, which was criticised in the documentary for interfering in disciplinary cases involving alleged antisemitism, and has cynically used the Party, and its outriders, to amplify a smear campaign against critics.

But this crisis is ultimately your responsibility. Despite your repeated assurances, Labour’s institutionalised antisemitism is worse than ever. It is now so bad that the Equality and Human Rights Commission is investigating whether the Party has actually broken the law by discriminating against Jews. Labour created the EHRC to protect our rights and challenge discrimination; to be investigated by it now is a mark of shame. This has all happened on your watch. The crisis has moved beyond a question of rules and disciplinary processes, to a question of a political culture, and crucially, leadership.

Yet, as Labour leader, you have said nothing publicly in response to the allegations since the documentary was broadcast. It is impossible to resist the impression that you are hiding behind Milne’s ‘outriders’ to fight your battles for you. This is cowardice, not leadership.

For anyone to have confidence in your interest or ability to deal with this crisis, and remove the stain of antisemitism from the Labour Party, there are questions you need to answer.

Did you know your most senior aides were interfering in antisemitism cases and overruling the staff assigned to investigate them? Why has Labour HQ become such a toxic workplace? Why do you think your own words and actions have caused so much offence to Jewish people? Why are so many antisemites drawn to support you? And why has this crisis developed only after you became leader?

If you aren’t prepared to face those questions in public, from an experienced interviewer, then Jews, Labour members and the public will have to draw their own conclusions about your fitness to lead the Labour Party, or a Labour government.

As its leader, the moral responsibility for Labour’s antisemitism crisis ultimately sits with you. Own that responsibility, or give it away to someone who will.

To add your name to this letter, please contact fowler.amy@gmail.com.

Boiler, Malcolm Armsteen, youngian and 2 others liked this
"The opportunity to serve our country. That is all we ask." John Smith, Leader of the Labour Party, 10 May 1994.

FFS I at least expected Labour to treat staffers with at least of modicum of decency.
Don't give me the Star Trek crap. it's too early in the morning.


ETA : Sorry, Tubby, I seem to have duplicated what you posted.
davidjay, oboogie liked this
"The opportunity to serve our country. That is all we ask." John Smith, Leader of the Labour Party, 10 May 1994.

-  Sat Jul 13, 2019 10:11 pm #580890
I hadn't seen this. Assuming the most "terrifying" bit is the text there, that's rather less than "gloating about how she could beat up another Jewish member of the Labour Party". You want to hear the things people on the left used to say about Thatcher.

-  Sun Jul 14, 2019 1:03 am #580896
Luckily for Jammy Jez none of this has any effect on most voters who would take a punt that anti-Semitism is a toilet bleach if surveyed to define it. And also conclude any leader bogged down in this quagmire of shit isn’t fit to govern.

So they weren't falling over themselves to thank h[…]

Am I right in observing that immigration is fallin[…]

That is interesting Mattomac, do you have a comp[…]