-  Fri Nov 30, 2012 1:31 am #274859
Labour held onto Rotherham with a 5000 majority over UKIP in second place with the Tories coming in fifth behind the BNP and the Respect party. I hope the UKIP candidate thanked Michael Gove for all his support.
http://tiny.cc/tqugax

-  Fri Nov 30, 2012 11:10 am #274950
Winston McKenzie currently on ITV's This Morning defending his anti-gay views and his right to spout them. 'Look at the Roman Empire and how it went down to Sodom and Gommorah'. I kid you not. Oh, he's just come out with 'It should not be rammed down our throats'. Bearing in mind he's married to Ruth, Eamon looks depressed. 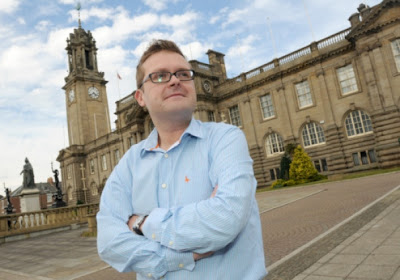 The role of leader of [South Tyneside]’s opposition had been vacant since May but, last month, was filled when independent representative Coun George Elsom was elected to the role – by a majority of three votes to two.

Now one of the council’s six opposition members – UK Independence Party councillor David Potts – has expressed his anger at not being able to cast his vote.

He says his e-mail account had been locked by the local authority.

It's a conspiracy! Wait:


That action was taken after he was disciplined over leaking confidential council information to the press.


[Councillor Elsom] says he cannot understand how Coun Potts managed to vote, under the same restrictions, back in May.

He said: “I find it very strange. Back in May, he used this method when he proposed Coun Jane Branley as leader.

“So I am unsure what circumstances have changed since then. As far as I am aware, he is still under the same restrictions.

“We need to be clear. This vote did not take place on one day. Coun Potts had weeks to cast his vote.”

Do any pictures exist in which Farage doesn't look like a smarmy tosser?
http://tiny.cc/tqugax


Most voters now clearly see them not as an independent political party but as a kind of Conservative outhouse. 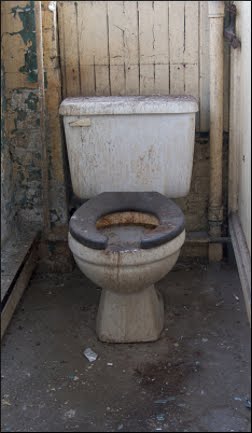 
YI’s membership policy allows anyone under 35 to join, which casts some doubt on the “Young” element of their name. A glance around the room showed a party attended by about 30 men in their twenties, a handful of women, and only a single person from an ethnic minority. The rest were old-guard Ukip and party officials.

So what draws them to Ukip? The party’s stance on tuition fees may attract some. Like the Liberal Democrats before them they pledge to scrap them altogether – but also to encourage fewer people to attend university. Others of the political-philosophical persuasion have joined the party for its devotion to free market economics and the withdrawal of the state.

But as the night progresses another Ukip begins to emerge: and the young insurgents appear to be fully on board.

Lord Monckton – or “the Monckmeister General” as he is introduced – declares that climate change is a “Marxist myth” and the European Union is “a dictatorship” strangling Britain’s God-given freedom. Gay marriage, according to Steven Woolfe, Ukip’s City of London spokesman, was a policy on which the Conservatives were shooting themselves in the foot because their voters would find it “repellent”.

It all gets a bit evangelical – not to mention farcical – when Monckton, who was last week kicked out of the Doha climate change summit for imitating a Burmese delegate, begins quoting the Gettysburg Address to instil a healthy zeal for individual freedom in the hearts of his young disciples.

http://www.independent.co.uk/news/uk/po ... 11931.html" onclick="window.open(this.href);return false;
Change does not roll in on the wheels of inevitability, but comes through continuous struggle.

-  Fri Dec 14, 2012 5:01 pm #278134
I think there's something very unsettling about a UKIP youth where anyone under the age of 35 is considered young enough to join. That would -had they any young members which I doubt- involve people my age hanging around with a bunch of young teens...very odd.

Of course it could just be because they cannot afford to restrict membership of the young UKIP due to the low membership numbers they already suffer from, but equally it does sound very sinister.
"He represents everything that is rotten in the State of Anywhere". - © George Melly (Apply where appropriate).

He's right about the dreadful discard policy. But he can't stop talking bollocks.


So Hugh went to the top. He met with EU Commissioner Damanaki (Fisheries portfolio) and for the cameras, she said that "you the people can make this change" - when in fact this isn't true. The EU parliament has very little say and is easily ignored by the Commission, which is the only body that can really regulate.

The UK MPs you elect can't do anything about it, the UK government can't do anything about it, the MEPs you vote for are powerless to initiate reform. No one you vote for can initiate or substantially change any CFP reform. It is at this point I have to ask the question, what sort of democracy do we live in when we can't change a policy by the ballot box?

So does the EU Commissioner support reform or not? And why did she say the people can change things?

She does support reform but has been frustrated by the Council of Ministers. Who are elected.

Why does he do this rubbish?

shyamz wrote:I think there's something very unsettling about a UKIP youth where anyone under the age of 35 is considered young enough to join. That would -had they any young members which I doubt- involve people my age hanging around with a bunch of young teens...very odd.

Of course it could just be because they cannot afford to restrict membership of the young UKIP due to the low membership numbers they already suffer from, but equally it does sound very sinister.

Why would they be interested in Under 18s? They need votes. The people mentioned in the article are in their 20s. It is the nature of political parties that their membership includes adults of all ages, so there's nothing sinister in that.
That subtle admixture of the absurd and the surreally plausible...

satnav wrote:I love this comment under the story about UKIP's by election performance.

Do any pictures exist in which Farage doesn't look like a smarmy tosser?

This could be an instance where the cameras never lies.
The educated differ from the uneducated as much as the living from the dead. Aristotle

Labour have referred the City Hall leaflet to the […]

Did those he shared the champagne with have full c[…]