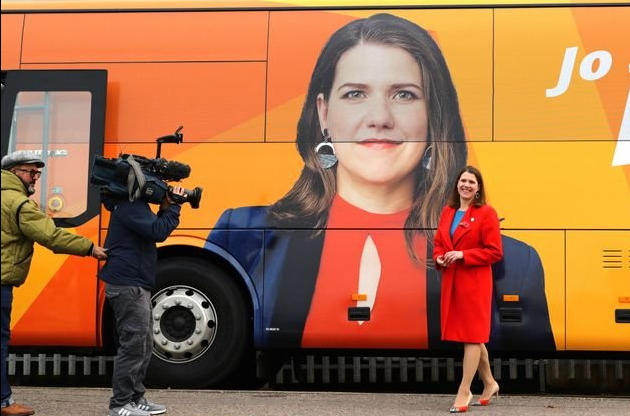 -  Sat Nov 09, 2019 5:46 pm #590102
The previous Lib Dem candidate in my home constituency (Clwyd West), Dr Victor Babu failed to get nominated this time around due to being in India on holiday at the time of the nomination vote. He's sulked off and joined the Tories, pictured here with our vile MP, David Jones. What an arsehole:

His nickname locally is Monty Burns. Was meant to be stepping down this time around but decided to have another crack.

As for Victor Babu, this is the email I received from him at the beginning of September:

Stopping Brexit and to do much more for the Clwyd West is my priority. I am well aware that many of our members may not be able to attend the meeting in person today.

I tried my best to make sure that every member’s choice is counted and voices heard by insisting for a postal ballot method for today’s selection of Lib Dem Candidate for Clwyd West.

However, my appeal (forwarded mail) was turned down in the name of the alleged ‘snap election protocol’

Please make your choice counted and voices heard, by attending today’s candidate selection and adoption meeting without fail. I have attached my election manifesto in brief (single page) as well as in detail.

Together we can STOP Brexit and I promise you to help our party to build an open, tolerant and prosperous united country.

I am away in India visiting my ageing parents and sadly not able to attend the meeting today. Can’t afford to cancel/pre-pone my return journey. My sincere apology. The dates of the meeting and the selection process is released after I left the United Kingdom to India.

I request your support and vote in my favour to be your candidate for the Clwyd West.

-  Sat Nov 09, 2019 5:59 pm #590107
I know all parties contain carpet bagging chancers devoid of any real beliefs but LDs seem to attract more than their fair share for a minor party.
visage liked this 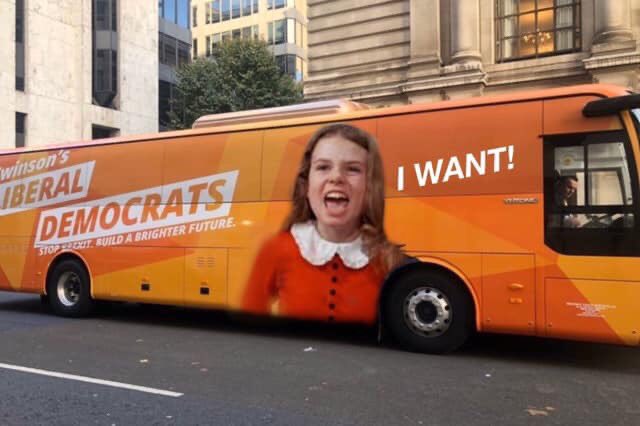 Watchman, The Red Arrow liked this
I know I ain't common 'cause I got class I ain't never used yet.

-  Sun Nov 10, 2019 3:26 pm #590158
This is the sort of thing we need. There was a very striking IFS graph showing how little tax middle earners paid in the UK compared to other places in Europe. (That's of course not to say we're all rolling in money, because housing is so expensive here)

They don't seem to be mentioning it all that much. Funny that. They aren't going to win, so it won't happen, and they're not even trying to shift debate in this direction. So I'll reserve my praise. This stuff is the tree that falls in a forest and doesn't making a noise.


The party said it would put a penny on every pound paid in income tax from April, with £11bn of the £35bn raised over the next Parliament ringfenced for treatment.

They said the money would go towards child and adolescent services, matching waiting time standards with those in physical health and expanding the NHS's mental health workforce.

-  Mon Nov 11, 2019 7:26 am #590199
Brown and Clarke both raised income tax on average earners but it wasn’t in their manifestos. You have to govern effectively and build up trust first. National insurance isn’t factored in when making international comparison and where it is high like Belgium there’s perks like a generous allowance system and having a 13th month payment at the end of the year.

Brexit is still the issue dominating this election, and will continue to do so until such time as it is resolved. If Workington man is prepared to vote Tory in order to get it done, then I for one am equally prepared to vote Lib Dem in order to stop it, or failing that to try and ensure they have as much influence in the proceedings as possible. However, having moved from a constituency where a broom with a blue rosette would get elected, to a broom with a red one, it's probably more a case of trying to ensure they don't lose their deposit.
Life goes on with or without you, it's up to you what you're gonna do.
You could go or you could stay, who cares anyway?

If only he'd had a chance recently to go round the[…]

“How far that little candle throws his be[…]

It occurs to me that the likes of Cummings and N[…]