Had I been a local leader, I think I'd have let them stay, but ripped up the road leading to their Kehlsteinhaus, and surrounded it with lamp-posts.

Also on R4 this arvo was a wee bit about Italy's complicated relationship with fascism (you can literally buy Mussolini souveniers in his hometown). Apparently the cosensus is that the race stuff was dodgy but it's excused because fascism got things done

Curiously plunging Italy into a war it was never capable of winning without German help never seems to count as 'doing something'.

This laziness shouldn't go unchallenged.
Others?

Safe_Timber_Man wrote:After a public humiliation he's back to doing what he does best: 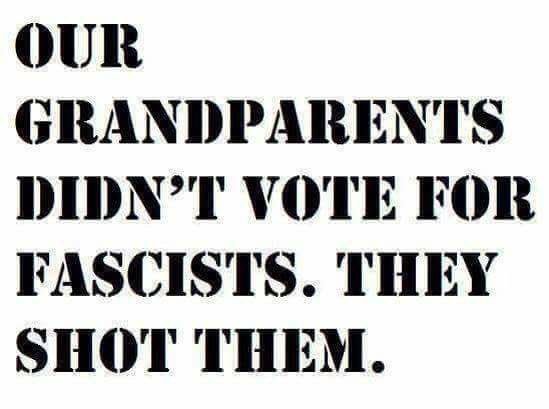 Ladies and gentlemen. I give you T.Robinsonhood.

Boiler liked this
The Red Arrow is currently appearing in 'Stop it! You'll go blind.' at The Witham, Barnard Castle. 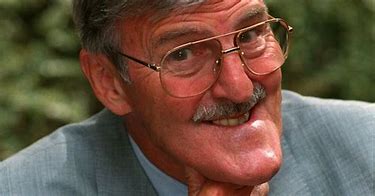 The Truth Is Only Available To A Few Of Us.
Boiler, oboogie liked this
We've got democracy! Who needs solidarity?


The Truth Is Only Available To A Few Of Us.

Only To Those Of Us Who Write In Title Case.
Timbo liked this
"I am not expendable, I'm not stupid and I'm not going outside."
(with apologies)

https://zelo-street.blogspot.com/2019/0 ... tself.html
No amount of cajolery, and no attempts at ethical or social seduction, can eradicate from my heart a deep burning hatred for the Tory Party. So far as I am concerned they are lower than vermin. Aneurin Bevan

Why Can't They Break The Law Rather Than Do Something I Just Invented In My Head?
I could never die, I'm Chuck Norris.
Fuck the Government, and fuck Boris.

As to why people do it in the UK - well, that would be semi-literacy and not being sure where the capital letters go, so putting them everywhere.
Do what you can, with what you have, where you are.

Sadly he has also drunk deep of the Kool-Aid and is, imho, flirting with anti-semitism. It's a pity to see someone succumb to a disease.
https://zelo-street.blogspot.com/2019/0 ... um=twitter
Do what you can, with what you have, where you are.

-  Tue Jun 11, 2019 3:35 pm #577640
[Pedant]The phrase "drinking the Kool-Aid" is probably a misnomer. It is commonly believed that they drank Flavor Aid during the Jonestown mass suicide.[/Pedant]
I'd rather shoot Paul Dacre than anyone else in the country- Colin Dexter. A direct quote from the Radio Times m'learned friends

SoulBoy wrote: ↑
Tue Jun 11, 2019 3:35 pm
[Pedant]The phrase "drinking the Kool-Aid" is probably a misnomer. It is commonly believed that they drank Flavor Aid during the Jonestown mass suicide.[/Pedant]

It is often said that the is no such thing as bad publicity, but I'd say that Kool-Aid definitely didn't like to have themselves associated with the Jonestown massacre let alone, as you say, that it wasn't Kool-Aid that was given out for the mass suicide in the first place.
"Unsubstantiated opinions, speeches, empty rhetoric and a bogus historical parallel [to the Nazis] are not a substitute for facts."
Mr. Justice Meenan, Irish High Court, 13th May 2020.

Reply
Return to “Other UK Parties”
28 May

Same old 'may' and 'could' deflective crap from th[…]

You'd have thought he'd have had one custom desi[…]

Back where he belongs.