Justice for Men and Boys (And the women who love them) – J4MB, for short – ... wants to scrap the Equality Act 2010, make abortions illegal, discourage lesbians and single mothers from having kids, and stop women from being appointed in senior executive roles.

Not surprisingly, J4M&B(&TWWLT) is a big hit at the Telegraph.

Many years ago, I was involved with the Green Movement, as it then was. Someone came up with the idea of forming a political party to push the agenda, and the Green Party was born.

That's wrong for a start.
We've got democracy! Who needs solidarity?

-  Fri Jan 16, 2015 10:54 pm #399684
The sad thing is, there are genuine issues he touches on there. Fathers being denied access to their kids (I have third party (family member) experience of this) and male suicide rates being higher because of the whole 'stiff upper lip' attitude (I've done work for an organisation working to address this).

But to come in with the mysoginist shite makes them sound angry and bitter, and dilutes any message they might be trying to communicate. Fuck off. You're not helping. Anyone.

It's the same as the 'men's rights' movement which seems to believe that they have the right to get laid for the price of a drink.
Fracking will incur imprisonment.

Like the curate's egg some parts of the manifesto are excellent.

I think I'd like to see:
21. Start portraying men in adverts with the same respect for their gender as women are.

-  Sat Jan 17, 2015 4:23 pm #399751
Isthis anything to do with the purple dads? You know, those guys that used to climb Buck House dressed as Spiderman or chuck stuff at Tony Blair from the Strangers' gallery?
"The opportunity to serve our country. That is all we ask." John Smith, Leader of the Labour Party, 10 May 1994.


Daley Mayle wrote:Why did a box come up warning that the website was 'nonsense'?


I think I'd like to see:
21. Start portraying men in adverts with the same respect for their gender as women are. 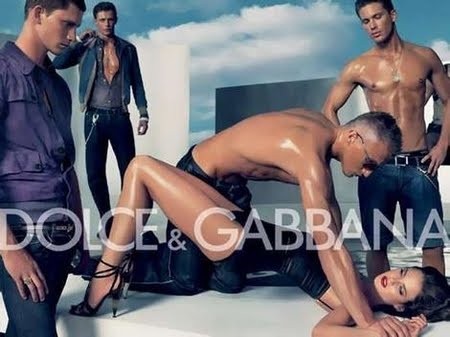 (both of which are even targeted at women) or zillions of others?

Guess what proportion of creative directors in US advertising firms, in 2010, were men? Ninety-seven per cent. But, sure, an anti-feminist political party will rectify the problem.

-  Sat Jan 17, 2015 8:25 pm #399764
Men in tv adverts do tend to be cast as bumbling fools who would probably burn the house down trying to make a salad if their significant other wasn't around to stop them.

(An almost total aside and posted tongue in cheek, but a while back I recall raising an eyebrow at an advert for some magazine with three women discussing the stories, one of which was an unfaithful husband. Cue a comment that one of them would get their own back 'with a pepperoni slicer'. Apparently hinting at genital mutilation is all fun and games!)
Fracking will incur imprisonment.

Daley Mayle wrote:Why did a box come up warning that the website was 'nonsense'? I've read websites run by feminists that are equally self-serving, partial and batshit.

Like the curate's egg some parts of the manifesto are excellent.

I think I'd like to see:
21. Start portraying men in adverts with the same respect for their gender as women are.

Malcolm Armsteen wrote:Just as a gnat and an elephant are equal, in that they are both living creatures. In size, however...

Surely we shouldn't ignore issues just because there are bigger ones elsewhere? It was tongue in cheek anyway, but if you did want to delve deeper, in domestic abuse against men, one of the biggest problems is that it's seen as a 70's sitcom wife having at her husband with a rolling pin, and oh ho ho ho, isn't it all a laugh.

The two adverts shown above are particularly bad examples. The 'hey, it's gang rape, but we look fantastic' from 2007 was rightly banned and as for American Apparel.. Whoever is behind their campaigns is a one-note hack feeding off notoriety. Like a schoolchild drawing rude pictures to get attention. That a brand can be essentially based on that is a pretty sad indictment on society. If they thought they could get away with similar images of men, and generate the same number of shock induced column inches, you can bet your mortgage that they would. (Hell, some of the Calvin Klein ones with Freddie Ljungberg and David Beckham weren't a billion miles away. How's that for an unattainable body image..)

But this detracts from the actual thread and how wankers like that actually detract from the genuine problems suffered by men that they claim, in passing, to be representing.
Last edited by Silkyman on Sat Jan 17, 2015 9:52 pm, edited 1 time in total.
Fracking will incur imprisonment.