by The Red Arrow
The 60's telly theme continues - I'm not making these up, you know... 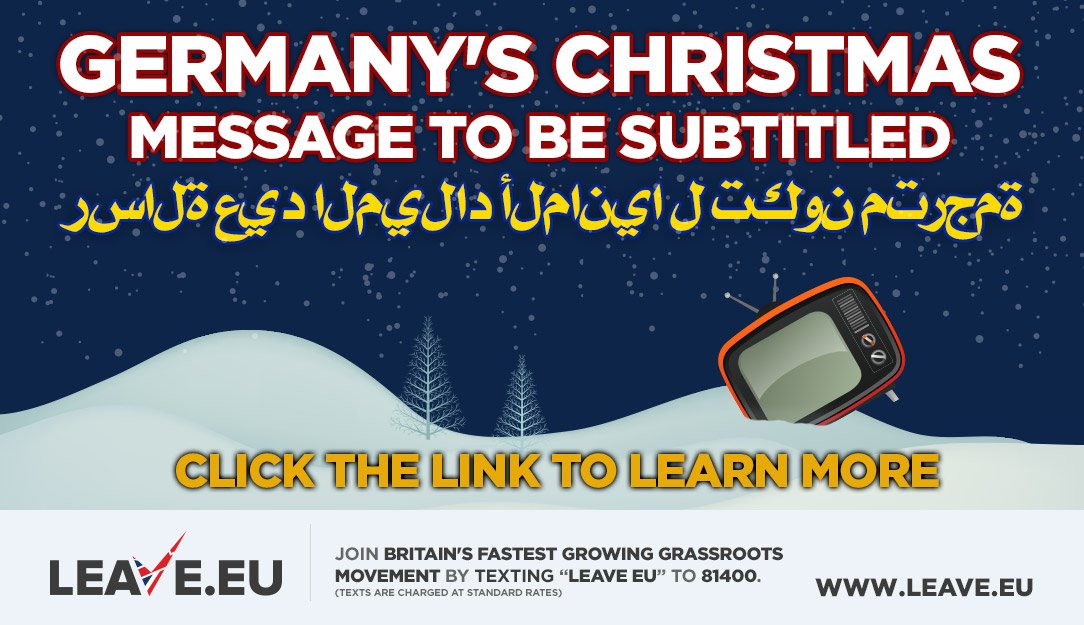 by youngian
Does that say Dinner for One in Arabic?

by Cyclist
I dunno why, but I find this rather amusing:

Activists campaigning for the UK to leave the European Union had a shock this morning when their official ‘battle bus’ was given a parking ticket.

The distinctive, red Vote Leave vehicle was parked on one of the main roads through Harrogate town centre while activists handed out flyers.

Sign-carrying supporters of the leave campaign had barely been gone for half an hour when the vehicle received the ticket from a council parking enforcer...

Why Did Vote Leave Donate £625,000 To A 23-Year-Old Fashion Student During The Referendum?

Some cunning financial shenanigans here (so Farage probably not guilty for a change).