Were you under the impression this is a good place to be spewing out Alt-Right language?
Malcolm Armsteen, Boiler, lord_kobel and 4 others liked this
Others? 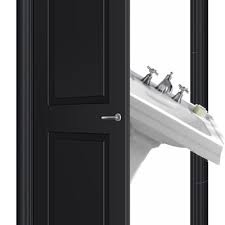 It is however good to see that he's admitting Corbyn is going to smash a GE and THAT IS BAD FOR CENTRISTS EVERYWHERE.
“Let me make my position clear: I wouldn’t want to win on an old-fashioned leftist platform. Even if I thought it was the route to victory, I wouldn’t take it. ”
-Anthony Charles Lynton Blair

-  Tue Jul 16, 2019 8:38 am #581115
He's not admitting anything of the sort, unless you're the sort of blinkered clown who thinks finishing second is actually winning and Grandpa is really the Prime Minister.
We've got democracy! Who needs solidarity?

2. He is a shitty little Brexit fantasist whose poll ratings as a PM are still through the floor.
Last edited by Abernathy on Tue Jul 16, 2019 7:04 pm, edited 1 time in total.
"The opportunity to serve our country. That is all we ask." John Smith, Leader of the Labour Party, 10 May 1994.

If you don't want Brexit, why would you back Corbyn over the Lib Dems / Greens / SNP / PC? Last time they were told their votes were pro-Brexit.
davidjay, lord_kobel, youngian and 1 others liked this
I could never die, I'm Chuck Norris.
Fuck the Government, and fuck Boris.

-  Tue Jul 16, 2019 1:40 pm #581129
Corbyn, if he is lucky, might limp home as the leader of the biggest party in a coalition or as the head of a minority govt. with a confidence and supply deal. To get either of those, Brexit is out the window. And as he supports Brexit, he probably is as well.

The absolute absurdity of anyone thinking he’d smash it would be funny were it not for the fact it’s those same idiots who keep him in a job and reduce the chances of the Labour govt. they claim to want so very much.
Boiler liked this
Others?

I don't think that there will be that much of a novelty bounce, I don't think people will trust him with being PM. Most floating voters won't and No Dealers will be off to BXP, and non-swivel-eye Tories are likely to be off to the LibDems.
If he was PM instead of May after the referendum, I think there would have been a bounce as his 'ledge' status was intact with more people, but people are now seeing for the chancer he his.
youngian liked this

I’m happily surprised to agree as it goes against the populist zeitgeist. I see him creeping into the conversations of non-political people who now detest him but would have once been low hanging fruit for the ‘good ol’ Boris’ schtick. His approval ratings are slightly lower than May’s and not much above Corbyn. That’s balloon on a stick territory.