Tinfoil hats all round!
"He's the leader of the gang. He's the top, he's the tip, he's the championship. He's Top Cat. And he's scum!"

Tinfoil hats all round!

You bet. As we know from the movies this is about as convincing as "I'm a legitimate Italian-American business man being harassed by the FBI."

A New York Post report on Sunday hinted that Attorney General Bill Barr may have visited the prison where Jeffrey Epstein was being held before he allegedly committed suicide.

Lewis Kasman, a former mobster and top associated of John Gotti Sr., told the Post that Barr made a secret visit to Metropolitan

Correctional Center two weeks ago “about the time Epstein was found in his cell with bruises around his neck.”

“When does that happen?” Kasman asked. “The attorney general never visits jails. Something’s not right there.” 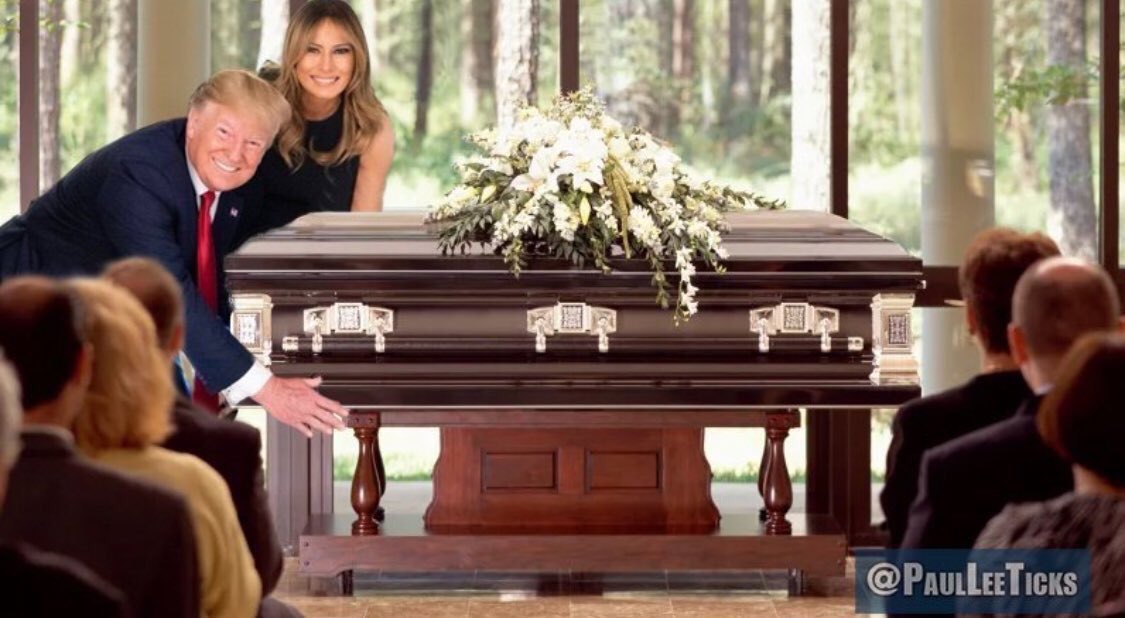 "They say that the cream rises to the top. But so does scum."
Others?

-  Mon Aug 12, 2019 10:32 am #583679
Democrat presidential runner Andrew Yang is ticking a lot of boxes including shooting his mouth off at a level Trump can understand


'What does that guy weigh? 280 or something': Andrew Yang calls Donald Trump fat and a slob, challenges him to a push-up contest and says 'America would love to see you pass out'

I don't think Donald Trump can run a mile. Would you guys enjoy watching Donald Trump run a mile? That would be hysterical. What does that guy weigh? 280 or something,' Yang said.

'I say he like passes out at the quarter mile mark,' he added.

Trump, at his last presidential physical in February 2019, tipped the scale at 243 pounds, according to his doctor.

Yang said he'd love to challenge Trump - who is known for his love of fast food and destain for exercise - on the track.

'Oh yeah. I'd challenge Donald Trump to any physical or mental feat under the sun. Oh god. What can that guy beat me at? Being a slob?,' he said.

His campaign staff tried to pull Yang from his question-and-answer session with reporters but Yang stayed before the microphones and kept on going.

'I can do approximately infinitely more push ups to Donald Trump,' he said.

When reporters asked him to demonstrate, the campaign staff stepped in and Yang declined to do so but said: 'I take pride in my ability to do push ups on a dime.'

But then Yang, a businessman whose signature line is 'the opposite of Donald Trump is an Asian who likes math,' https://www.dailymail.co.uk/news/articl ... ssion=true

Can we treat him with Vanish and make him go away...?

Have a look at his campaign web site. I don't know how he intends to pay for what he's talking about in his manifesto, but in terms of thinking of things to do that might actually make a difference to the mess the US is in, I mostly like the cut of his gib.
Boiler liked this
"It is the duty of a newspaper to comfort the afflicted and afflict the comfortable."

-  Wed Aug 14, 2019 8:48 pm #583821
In fairness, he's taunting a man who has often boasted of his exceptional health and fitness. It's base and shitty, and could have been more effectively covered by quoting Trump directly with a single raised eyebrow, but it's a fairly direct response to absolute bullshit.
Boiler, Samanfur liked this
Ní uasal aon uasal ach sinne bheith íseal: Éirímis

I give up. I wonder how long I can carry on being part of a world that celebrates this level of childish stupidity any more; it's certainly playing merry hell with my depression right now, and just when I thought I was getting on top of it too.
I know I ain't common 'cause I got class I ain't never used yet.
Others?

But, but.. She has been so trustworthy in the past[…]