Meanwhile in the Netherlands

Meanwhile in the Netherlands#488581

How the Dutch Left blew it
Next year’s election is shaping up to be a fight between two right-wing leaders.

The Dutch Labour Party's poll ratings are tanking and it missed the chance to elect a popular leader who is a Muslim mayor of a major city. The current leader's unpopularity is more comparable with Nick Clegg than Corbyn.


Ahmed Aboutaleb was giving a lot of Dutch politicians sleepless nights earlier this year. A moderate Muslim of Moroccan descent, the mayor of Rotterdam is the most popular politician in the country.

Had he entered the fray as his party’s candidate in the Netherlands’ national elections next March, it would have upended the race. Instead, Aboutaleb dropped out of the contest for his party’s leadership before it even began, retreating from national politics altogether.

The Labour Party has struggled ever since it decided in 2012 to join Rutte in reforming the welfare state. The economy recovered, but Labour never did. http://www.politico.eu/article/how-dutc ... k-asscher/" onclick="window.open(this.href);return false;

-  Wed Mar 15, 2017 5:39 pm #498606
Reading that turnout is high in the Dutch elections which may not be a good sign after Brexit but appears to be in Amsterdam and the Hague. I doubt if the Turkish episode has done much good to curtail Wilders.

Dutch media outlet NOS is reporting that the exit poll could mean that the Labour party, one of the country’s largest has lost a record number of seats.

youngian wrote:Wilders appears to have lost seats. This is good news for all of Europe.

Those estimates show him to be slightly up.
Mene, mene tekel upharsin, Johnson.

John Humphreys informs us: "Far right didn't pull off a victory so many predicted." Mainly by him and his sloppy colleagues at the BBC where Le Pen is 'favourite to win the presidency' 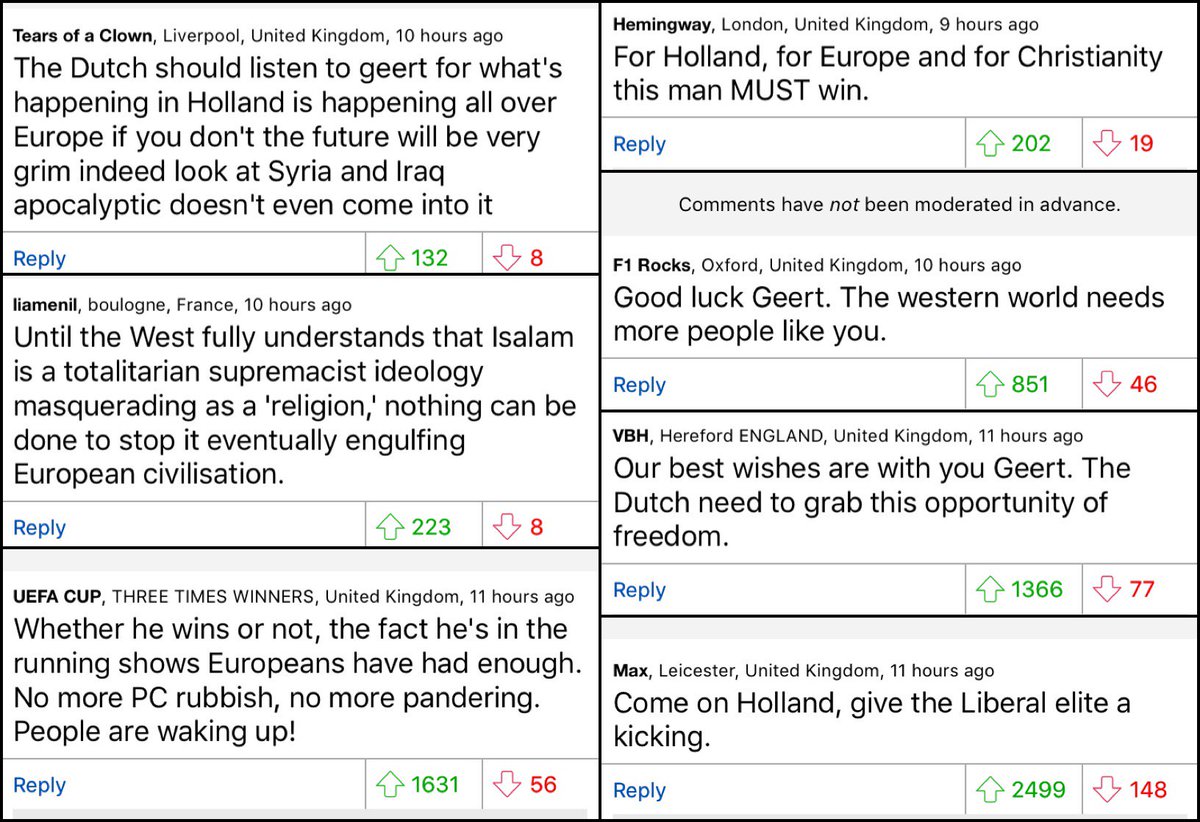 -  Thu Mar 16, 2017 9:23 am #498659
As I recall nobody was more butthurt about the Austrian bloke not winning than the Mail commentariat.
I could never die, I'm Chuck Norris.
Fuck the Government, and fuck Boris.

I saw a meme this week with a PJ O'Rourke quote on it.
The general message implied Rights are the opposite of freedom.

I found this odd coming from a chap whose country cries freedom at every opportunity, but whose constitution and its amendments are full of freedoms.
The educated differ from the uneducated as much as the living from the dead. Aristotle


I seriously hope this toxic climate we're now in can be reversed. Netherlands have given me hope. 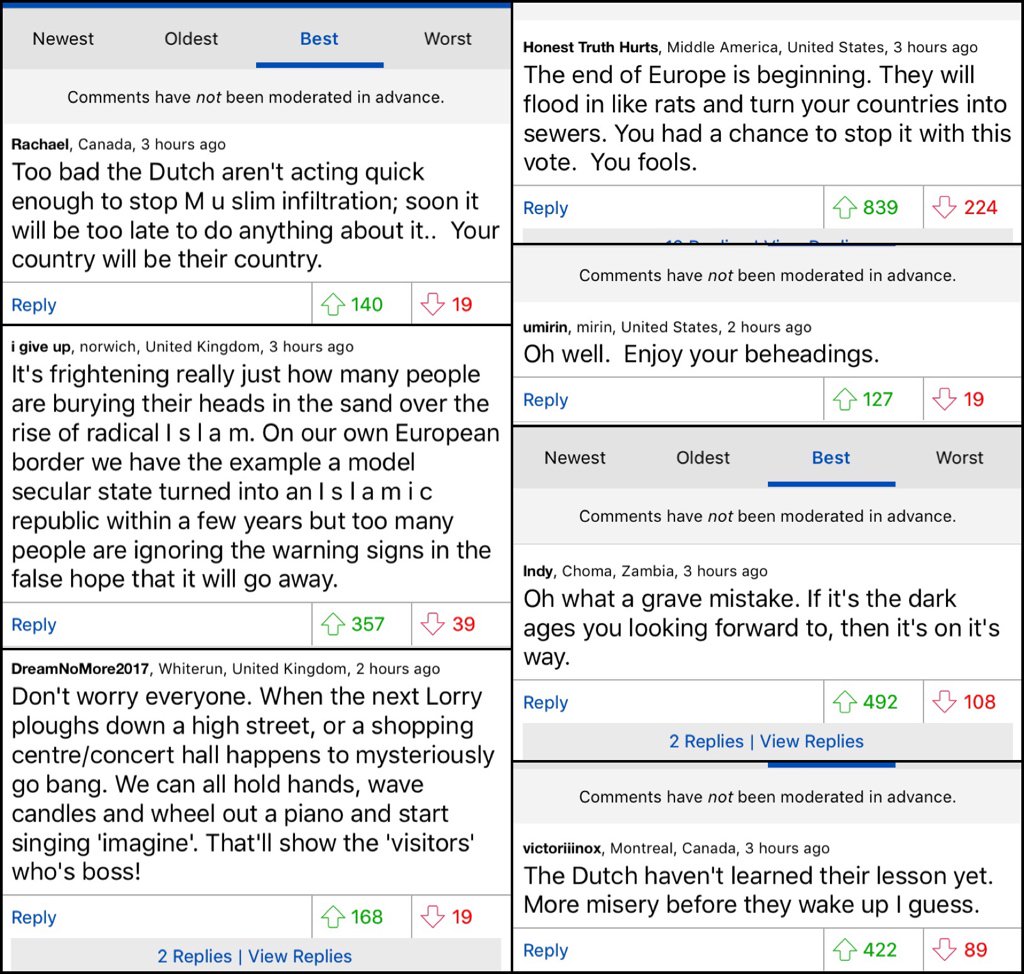