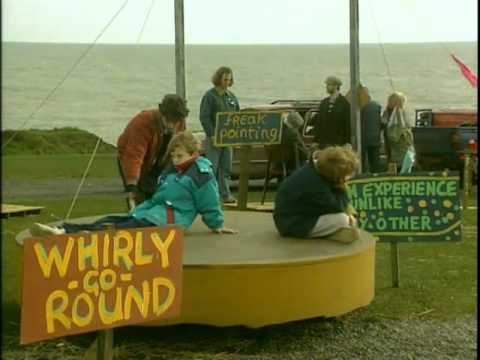 The Red Arrow is currently appearing in 'Stop it! You'll go blind.' at The Witham, Barnard Castle.
Others?

The boss of a new £120 million national festival planned for 2022 has claimed he will “bring the nation together” with “joy, hope and happiness”.

Martin Green’s event has been mocked as a “festival of Brexit” ever since it was announced by former prime minister Theresa May in 2018. It was given the go-ahead by Boris Johnson last year.

Green, who oversaw the Olympic ceremonies and Hull during its year as UK City of Culture, told The Guardian there was “no doubt that we have been through a particularly divisive time in the discourse of our daily lives, and as we go forward, let’s see how the great creativity and ingenuity of the UK can help re-find that common ground”.

“On a very basic level, we are probably due a bit of joy and hope and happiness, and art is really good at that,” he said. https://www.independent.co.uk/arts-ente ... 1-fiPkfZgg

It sounds like one of those "Winter Wonderlands" as organised by your local Del Boy and Boycie, where the "reindeer" is a tethered pitbull with foam antlers.
randomelement liked this
The educated differ from the uneducated as much as the living from the dead. Aristotle
Others?

That's no way to talk about Jean Michel Jarre.


(Destination Docklands - I was there

I was thinking more along the lines of Spinal Tap.
"Unsubstantiated opinions, speeches, empty rhetoric and a bogus historical parallel [to the Nazis] are not a substitute for facts."
Mr. Justice Meenan, Irish High Court, 13th May 2020.

-  Tue Jan 14, 2020 9:27 am #595122
Tokenism has taken a bit of a hit. I read this morning that Boris was planning on fleecing the tax payer to raise money for Big Ben to Bong on Brexit Day but the Mail are reporting that it won't happen at all.


Boris Johnson says he is planning a 'bung a bob for a Big Ben bong' crowdfunding campaign to celebrate Brexit after Parliament rules out special chimes on January 31 over the £500,000 cost
https://www.dailymail.co.uk/news/articl ... costs.html

The Mailites think it's a Remainer plot to thwart their Brexit celebrations.

Phweenix, Essex, United Kingdom, 7 hours ago
Why does it cost that much? I think they are lying because they simply don't want to celebrate Brexit?
+988 -74

Tunnel Uno, Sealand, United Kingdom, 7 hours ago
No doubt stuffed full of Remainers. Won't get away with a firework celebration either, Sadiq won't let it happen!
+557 -48

canaras5, London, United Kingdom, 7 hours ago
They just don't want to celebrate it. And also no doubt they hope to scupper Nigel's party in parliament sq as hinted in article. They had no problem bonging for new years eve nor fireworks etc. Its pathetic the government organised nothing to mark momentous day. But knowing the Establishment really hate it will make Brexit day sweeter anyway
+383 -22

Moscow Chap, Moscow, Russia, 5 hours ago
500k is about one day of MPs' fiddled expenses and poison dwarf taxi rides. This decision is not about money ... it's about the anti democratic MPs.
+388 -13

They're absolutely fucking bonkers and are getting worse.

As for the last one... and I reserve the right to walk into your house and take a pair of wirecutters to your stereo

-  Tue Jan 14, 2020 11:00 am #595130
I have noticed elsewhere that right-wingers derive a great deal of pleasure from "winding lefties up" on other matters too. I assume it's because they're dim and have little better to do.
"I am not expendable, I'm not stupid and I'm not going outside."
(with apologies)
Others?

On a large bell, preferably.
"He's the leader of the gang. He's the top, he's the tip, he's the championship. He's Top Cat. And he's scum!"

davidjay wrote: ↑
Tue Jan 14, 2020 10:22 am
That's the last Parliament, this one and the Establishment all against them even when they got what they wanted. 'Paranoia' doesn't come close.

It's much easier to hide under the conspiracy blanket. They don't give a fuck. Lazy ignorant fuckwits.

https://www.theguardian.com/business/20 ... ter-brexit
"I am not expendable, I'm not stupid and I'm not going outside."
(with apologies)

Reply
Return to “Other Political Discussion”
26 May

For people who supposedly care about individual re[…]

Oh man. All to protect one unelected advisor. Go[…]