Brexit: Warning over cancer treatment supplies after no deal

Too much science in that for the average Brexiter.

"It got fed up of waiting and turned into oxygen, mate. You might be short of a few electrons around here, and mind you don't trip over them positrons."
I know I ain't common 'cause I got class I ain't never used yet. 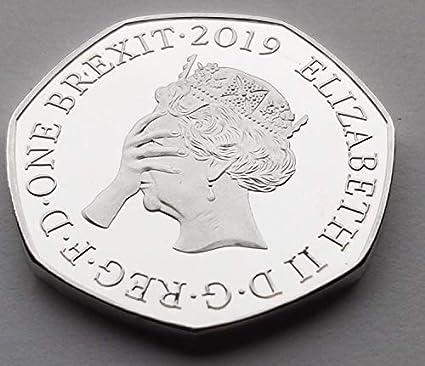 spoonman liked this
No amount of cajolery, and no attempts at ethical or social seduction, can eradicate from my heart a deep burning hatred for the Tory Party. So far as I am concerned they are lower than vermin. Aneurin Bevan

By Snowflake
Sun Aug 11, 2019 8:55 am
-  Sun Aug 11, 2019 8:55 am #583616
I'm not so sure. Brenda may have pro Brexit sympathies if one leaked private conversation splashed across the front page of the Sun is anything to go by. It's not to say she wouldn't impartially carry out her constitutional duty if called on, but Downing Street and Buckingham Palace conspiring to keep her out of it may not necessarily be a bad thing.

"Disappointment in the current political class"? Sounds unerringly familiar.
Life goes on with or without you, it's up to you what you're gonna do.
You could go or you could stay, who cares anyway?

Secondly, the one thing that she is known for is how much her position means to her, and how seriously she takes it. She sees herself as the Queen of the UK, and if anything is going to risk a break up, I don't think she'd want anything to do with it.
oboogie liked this
"He's the leader of the gang. He's the top, he's the tip, he's the championship. He's Top Cat. And he's scum!"

-  Sun Aug 11, 2019 10:16 am #583619
Tony Benn claimed Prince Phillip was a Eurosceptic who feared his status would be reduced to that of a German provincial monarch from where he came.

Why not simply re-issue the 20 Eurocent coin.
The educated differ from the uneducated as much as the living from the dead. Aristotle

-  Sun Aug 11, 2019 11:42 am #583624
A nine-bob note would have been more fitting, surely?
Malcolm Armsteen, oboogie, spoonman and 1 others liked this
Jack believed in the inherent goodness of humanity, and felt a deep social responsibility to protect that. Through us all, Jack marches on.

-  Sun Aug 11, 2019 3:26 pm #583626
An almost supernatural ability to turn everything to shit. What a fuck-useless, crass, arse-headed wankstain of an idea. You 48% - just fuck off. You don't count. And you'll be reminded that you don't count every time you spend one of these shit coins.
Boiler, Zuriblue, Kreuzberger and 3 others liked this
The pain broke me, brotherhood relieved me, and from my wounds sprang a river of freedom. (Paul Dorey)
Inscription on the Mémorial de la Paix, Caen.
How soon we forget. 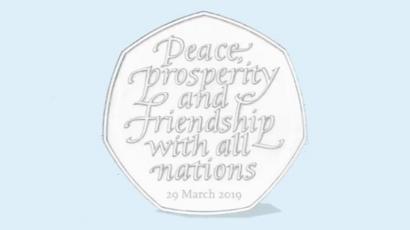 Malcolm Armsteen wrote: ↑
Sun Aug 11, 2019 3:26 pm
An almost supernatural ability to turn everything to shit. What a fuck-useless, crass, arse-headed wankstain of an idea. You 48% - just fuck off. You don't count. And you'll be reminded that you don't count every time you spend one of these shit coins.

I think I shall just shove them into a jar and do my best to take the pieces of shit out of circulation. Meanwhile, I expect tomorrow that The Scum will be going into a full-on Gush* over them.

*a reference to a sketch on the television programme Jam, m'lud.

Even a greetings card company couldn't come up with such shit.
youngian liked this
I know I ain't common 'cause I got class I ain't never used yet.

A graphic of the UK getting spit-roasted by China and the US would be more prescient.
spoonman, Arrowhead liked this
I know I ain't common 'cause I got class I ain't never used yet.
Others?

If the toy companies are producing 'woke' toys the[…]

Is the Labour membership 15?