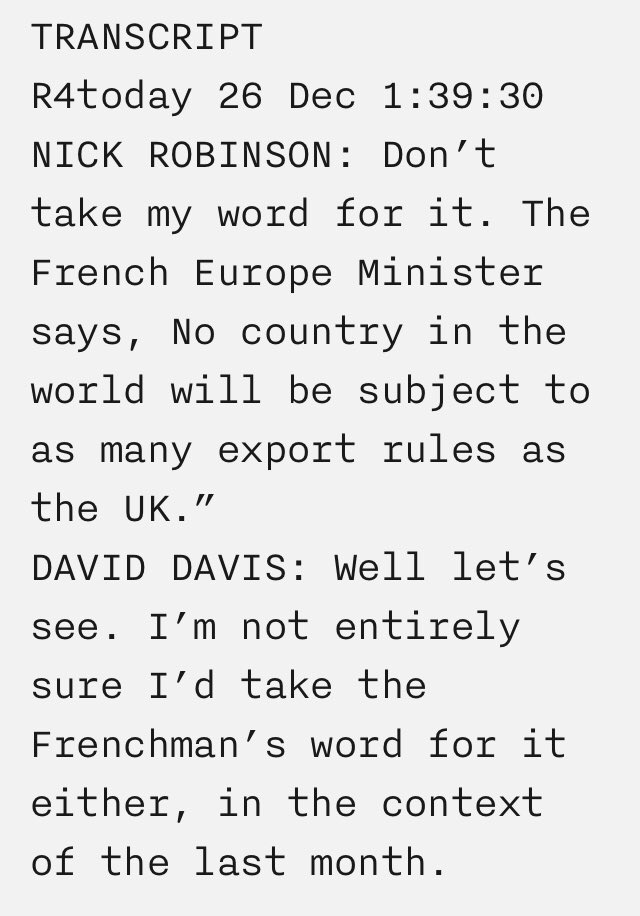 A deal is agreed. Naysayers said it couldn't be done. Naysayers (libs) owned. Boris gone and done it.

The deal, from what I've read, is a slow peeling away from the EU. As MAM says, the average punter doesn't care about the intricacies of European politics. They just want to be told that they're out. The stuff that bites immediately (e.g. Erasmus) affects a small number of people, who are likely remainers anyway, and are outnumbered by the "bloody students" crowd. So it's a gradual parting of the ways. As we know, many of the powers the leavers wanted, we had already. It's mainly a matter of perception.

Give a taste of no deal over the last few days in Kent, the ERG gang will back the deal. Besides, it's a Tory win. Libs owned. Details later.

It's a crap deal, but it's better than no deal, and there's no time left. Very Johnson. And I can see the public buying it.
"There ain't nothing you fear more than a bad headline, is there? You'd rather live in shit than let the world see you work a shovel."

All this is only ‘first glance’ stuff – a Boxing Day walk-through a long and complicated legal text.

But what is already plain is that what the United Kingdom government is boasting and spinning about the agreement may not be accurate.

I believe that to be yet another example of British understatement.

DAG also notes that even the *xpress is having a wobble.