-  Fri Apr 12, 2019 7:41 am #572208
The many newspaper editors which published the helicopter massacre video should be extremely worried about extradition, according to Assange's lawyer. Well, they aren't facing extradition requests and I doubt a US judge could even sign off a request for printing a story with no bearing on national security. And that's Assange's problem he's not an editor or even a journalist but an indiscriminate content uploader. Corbyn, Abbot and Burgon seem to have thrown the usual caution (as shown in Russian poisoning cases) and constructive ambiguity to the wind. To become excitable 68 students off to meet Tariq Ali at Grosvenor Square.

-  Fri Apr 12, 2019 8:09 am #572214
If this NYT piece is to be believed (its somewhat speculative) the ER (extradition request) is just a holding charge. The headline is a bit misleading as this is not welcome news for Trump himself.


How the Trump Administration Stepped Up Pursuit of WikiLeaks’s Assange

WASHINGTON — Soon after he took over as C.I.A. director, Mike Pompeo privately told lawmakers about a new target for American spies: Julian Assange, the founder of WikiLeaks.

Intent on finding out more about Mr. Assange’s dealings with Russian intelligence, the C.I.A. began last year to conduct traditional espionage against the organization, according to American officials. At the same time, federal law enforcement officials were reconsidering Mr. Assange’s designation as a journalist and debating whether to charge him with a crime.

Mr. Pompeo and former Attorney General Jeff Sessions unleashed an aggressive campaign against Mr. Assange, reversing an Obama-era view of WikiLeaks as a journalistic entity. For more than a year, the nation’s spies and investigators sought to learn about Mr. Assange and his ties to Russia as senior administration officials came to believe he was in league with Moscow.

Their work culminated in prosecutors secretly filing charges this summer against Mr. Assange, which were inadvertently revealed in an unrelated court filing and confirmed on Friday by a person familiar with the inquiry. Taken together, the C.I.A. spying and the Justice Department’s targeting of Mr. Assange represented a remarkable shift by both the American government and President Trump, who repeatedly lauded WikiLeaks during the 2016 campaign for its releases of Democratic emails, stolen by Russian agents, that damaged his opponent, Hillary Clinton.

A prosecution of Mr. Assange could pit the interests of the administration against Mr. Trump’s. Mr. Assange could help answer the central question of the investigation by the special counsel, Robert S. Mueller III: whether any Trump associates conspired with Russia to interfere in the presidential race. If the case against Mr. Assange includes charges that he acted as an agent of a foreign power, anyone who knowingly cooperated with him could be investigated as a co-conspirator, former senior law-enforcement officials said.

Justice Department officials did not disclose the charges against Mr. Assange on Friday, prompting speculation around Washington about their nature. The case might be tied to the hacked Democratic emails, which are part of Mr. Mueller’s evidence of the wide-ranging election interference personally ordered by President Vladimir V. Putin of Russia.
https://www.nytimes.com/2018/11/16/us/p ... r=facebook

Watchman, Abernathy, Timbo liked this
Others?

MisterMuncher wrote: ↑
Thu Apr 11, 2019 4:49 pm
As an aside, could you actually set up a more perfect propaganda distribution system than Wikileaks, if you were so inclined. Establish broad sensibility and lack of bias, them start spoiling anything that doesn't fit your narrative. The leakers would hardly be in a position to point it out, so there's no-one to say you're not still even handed.

Not saying that's what happened, or if it did it was the plan from the go, but who knows?

Julian Assange should be extradited to Australia, father says

I wasn't aware he had committed any crimes in the Antipodes. Deportation could be the easiest way out for us. A country can't refuse to have one of its citizens back, can it?
They fuck you up your mum and dad,
But not as much as Brexit will.


I expected the Tory government to react the way it did; I expect very little from it. I was disappointed by the Labour party’s official response, which didn’t even doff its cap to the nuance of a situation that also involves multiple accusations of serious sexual crimes. I get that they think Assange did some good things, but the man is not a hero. The Labour response could have been balanced and thoughtful and made a statement about how important it is that women who come forward deserve access to justice. I’m sure they think it; I’m not sure why they didn’t say it.

The trouble is that many of those who like what Assange did with WikiLeaks are willing to look the other way about the accusations against him. The same people who would march for women’s rights wearing pussy hats and waving banners about what a sexist pig Trump is are not feminist allies when their gods are found to be fallible. Platitudes about how we should never say women are lying when they come forward about rape suddenly don’t fit any more and now women are making up sexual violence as part of an American conspiracy. Women are liars when it suits the bigger cause. 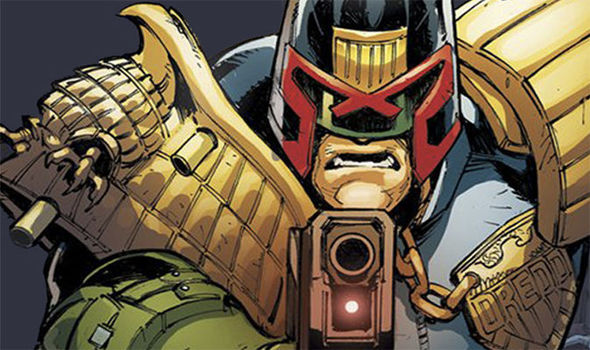 lord_kobel liked this
The educated differ from the uneducated as much as the living from the dead. Aristotle

ASA Winstanley has recently been calling the criti[…]

Name me one leader, including from Sub-Saharan A[…]