Biggus Robbus wrote: ↑
Tue Mar 05, 2019 2:23 am
I think high fructose corn syrup would be a bigger issue. They use that in place of sugar in many sweet products here, especially soft drinks, and while it lowers the price it also lowers the standard of sweet junk food.

Isn't that a way of subsidising your farmers over there, growing corn to make that stuff?
I know I ain't common 'cause I got class I ain't never used yet.

Kreuzberger wrote: ↑
Mon Mar 04, 2019 10:12 pm
Ask African American people, especially in the south but by no means limited to there. Fried chick'n is a staple, a cultural norm, and it is as good a reason as any to avoid the exorbitant costs of health insurance

That's a stereotype unfortunately, along with watermelon, kool aid and grape soda. Generally used as a racist slur (although you were not to know that).

Most people who use the fried chicken counter in the local store I see are white, however black people do eat that too. It's just overblown as a racist stereotype.

I am not sure.They grow tons of corn around here. Used for human consumption, animal feed, high fructose corn syrup, moonshine/bourbon, cheap beer and as an additive to cheap petrol/gas.

I think there are subsidies for the last item there.

I do like the corn mazes they make with used corn fields around Halloween. It is odd to not see barley or rape seed fields as I got used to that in the UK.

To be fair Americans like their artisanal (Why is "artisanal" showing up as a spelling mistake?) food and drink now. A lot of craft butchers and organic farm shops are appearing, not to mention the craft breweries, however artisanal cheese makers have a lot to learn from European cheese makers.

Oh for Red Leicester or Double Gloucester with unsliced brown bread and tomatoes.

That said the local end of summer tomatoes with their "sunburn" are the best here in Michigan.

When tomatoes are like this from a hot summer, they literally burst with flavour. 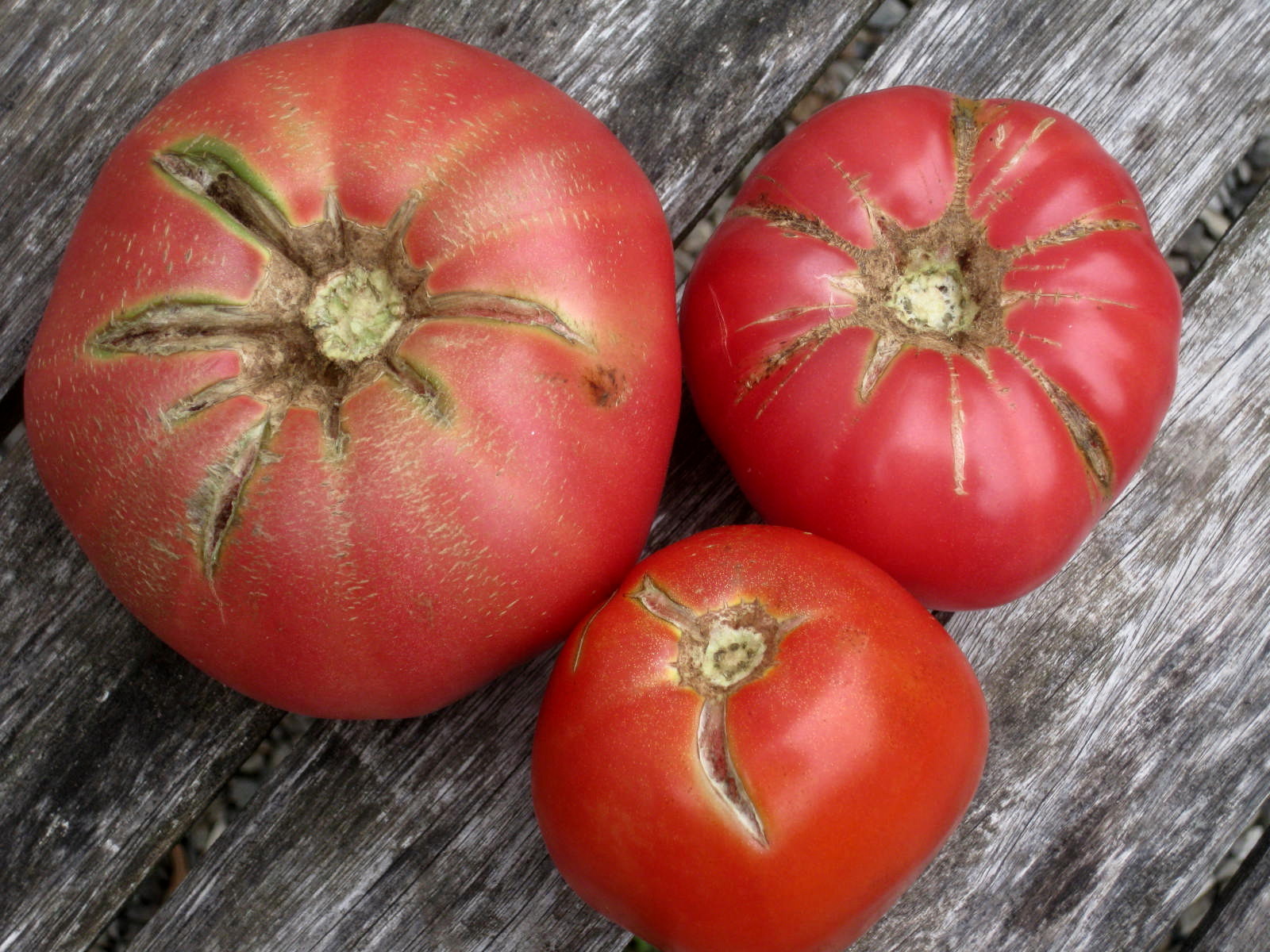 -  Wed Mar 06, 2019 6:57 pm #568378
HFCS isn't necessarily a bad product, nor functionally any less healthy than any other refined sugar. I'm not entirely convinced it tastes much different*, either, and much blind tasting reinforces that.

The problem is that it's so *fucking* cheap that food processors bang it into anything for filler and flavour enhancer, and generally increase salt to compensate. The dose makes the poison.

*Standard refined sugar, that is to say sucrose is 50/50 fructose/glucose. HFCS is 55/45. Scarcely noticeable in isolation, even less so in combination with other ingredients. See also all those people who "can't eat MSG", but can cheerfully bang away at food with sodium and glutamate in abundance.
Ní uasal aon uasal ach sinne bheith íseal: Éirímis

Sucrose is a disaccharide composed of two monosaccharides, glucose and fructose, HFCS is where the monosaccharide glucose is converted into fructose using an enzyme.

I hate to bring science into a cookery class.

You haven't really brought anything to the table there, chap. I wasn't making any point about how it's made, but what it is.
Ní uasal aon uasal ach sinne bheith íseal: Éirímis

The Defect Levels Handbook is responsible for controlling the maximum allowable amount of foreign bodies within market-bound produce. Maggots, insect fragments and mold are all listed as accepted foreign bodies that could be found in everyday items. For example, the Handbook allows US producers to have up to thirty insect fragments per hundred grams of peanut butter, six milligrams of rat excrement per kilo of ginger and even eleven rodent hairs per twenty-five grams of paprika.

You haven't really brought anything to the table there, chap. I wasn't making any point about how it's made, but what it is.

They are chemically different. Ratios mean nothing at all except in terms of energy I guess. If it was energy ratios you were taking about then fair enough. Health issues? Well fructose may be the worst however those ratios are not the end of the world. I suppose was was referring to the taste differences between sucrose and HFCS as I disagree with that.

As it is I invert sugar into 50/50 fructose and glucose monosaccharides using high temperature and an acid, which is the same ratio as sugar. Tastes very different and has different uses (no invertase enzyme required to split the disaccharide) :cough: moonshine :cough: but hey ho.

The enzymes in your mouth start to break down sucrose into glucose and sucrose (although the majority is broken down in the rest of your digestive system), which is why sucrose has a different taste to HFCS.

Really no big deal. I was not trying to offend anyone. I am very interested in starches and sugars though :cough: moonshine :cough: so it's more of a hobby horse sort of thing.

Goodwin shown up by his former co-author. The ex[…]

Loyalty is definitely over-rated, and in reality, […]

I recall Cummings was very sanguine about free sch[…]