The real question is did the Tories need the disgruntled working class Brexit voter to win?
Or could they have won with their traditional base.


They spotted a mood that parliamentary shenanigans to delay Brexit just weren't cricket. Voters aren't really aware yet that Boris Johnson was one of the instigators of delay. But now he has to go into bat and will of course carry on getting away with turning even the greatest humiliation into a triumph if the opposition is so shit as to let him.
Others?

-  Sat Dec 14, 2019 6:58 pm #593125
They'll need an ultra-compliant press corps behind them if that is the case. And, there is nothing to suggest that the press won't fall in to line, either willingly or following a little, shall we say, "explanation".

"That's a lovely media outfit you got there. Be a shame if someone spilled Leveson Two all over it."

It only struck me yesterday that L2 didn't go ahead, not because it was a favour to the press, but because it wouldn't have benefited the tories. Always best to keep something in reserve for a rainy day, eh?
youngian, spoonman, Oblomov liked this
Jack believed in the inherent goodness of humanity, and felt a deep social responsibility to protect that. Through us all, Jack marches on.

-  Sun Dec 15, 2019 12:44 pm #593190
Thinking more about it, is it so strange that traditional Labour voters switched to the Tories? Brexit is a big attraction to Leave voters, and if you leave out the huge economic differences between Labour and Tory, the views of traditional Labour voters on issues like race, immigration and law and order are close to the Tories. Add Brexit to the mix and they are ready to jump.

I predict that, come the next election, the Tories will chuck bringing back capital punishment or maybe banning mosques or something in, this will appeal to their newly won gammon ish Northern ex Labour voters and become Brexit 2.
Snowflake liked this
Were going to hell in a handcart, you couldn't make it up!

-  Sun Dec 15, 2019 1:54 pm #593193
'twas ever thus: a long time ago (when I was in the sixth form) the head of the sixth was campaigning for Labour in Peterborough during the 1983 GE. All too often he was met with the message "Yes, I'll vote Labour - but when are you going to chuck the Pakis out?"
mr angry manchester liked this
"I am not expendable, I'm not stupid and I'm not going outside."
(with apologies)

Pissed off Labour Leavers plumping for Farage because they won't touch the Tories with a bargepole? Traditional Labour voters staying at home due to lack of enthusiasm? Labour under Corbyn managed over 21,000 votes there only two years ago, so surely it can't all be down to a dislike of the leadership?

There are examples of this sort of thing dotted all over the place, Barnsley Central (Dan Jarvis) being an example of how it almost tipped the seat into BXP control.
"Patience is bitter, but its fruit is sweet" - Jean-Jacques Rousseau

Having noticed your edited signature, may I politely suggest that you go fuck a dead sheep, you snide little cunt?
"I am not expendable, I'm not stupid and I'm not going outside."
(with apologies)
Others?

Got your number, prick.
'If there's anything more important than my ego around, I want it caught and shot now". Douglas Adams.

Got your number, prick.

Twat.
"I am not expendable, I'm not stupid and I'm not going outside."
(with apologies)
Others?

If they had gone leave, yes, they could have kept hold of quite a few of the defectors in Northern seats who voted Tory, but equal numbers of remain supporters would have gone to the Lib Dems.

My only hope going forward is that Brexit is an absolute mountain of shit and the tories own it, although they will try to blame someone else.

Corbyn comes across as weak to many, his tactic of turning the other cheek, Ghandi like, doesn't work here, people like strong leadership, which is a euphemism for being a bit cunty
Were going to hell in a handcart, you couldn't make it up!

-  Sun Dec 15, 2019 6:24 pm #593213
Vox pop from a large Ipswich estate asking why they deserted Labour. It Corbyn taking the party back to the past before Tony Blair took over who they’d have back in a second. Just normal liberal 21st people.

Caroline Flint is backing Rebecca Long Bailey for leader who she is confident will have a socially conservative agenda with Corbynite protectionist economics. This is Marine Le Pen territory and a party I wouldn’t touch with a barge pole.

-  Sun Dec 15, 2019 8:27 pm #593222
Interesting tweet I saw suggested that the Labour-Tory switchers were overwhelmingly over 50. Wonder how many of them had heard of Corbyn's "I condemn all violence" nonsense re the IRA. Or heard that NATO should "pack up and go home"? Or that the Falklands should ceded and leased back to the Falklands (that was briefly Thatcher policy, and not a bad idea, but the invasion rather finished that one off)?

Long-Bailey didn't even know the difference between turnover and profit a few weeks ago. Good luck with that tax on Amazon and Google, without the EU to back you up when the US goes after UK imports. Perhaps Caroline Flint and Paul Embery will come to the rescue.
mr angry manchester, oboogie, youngian liked this 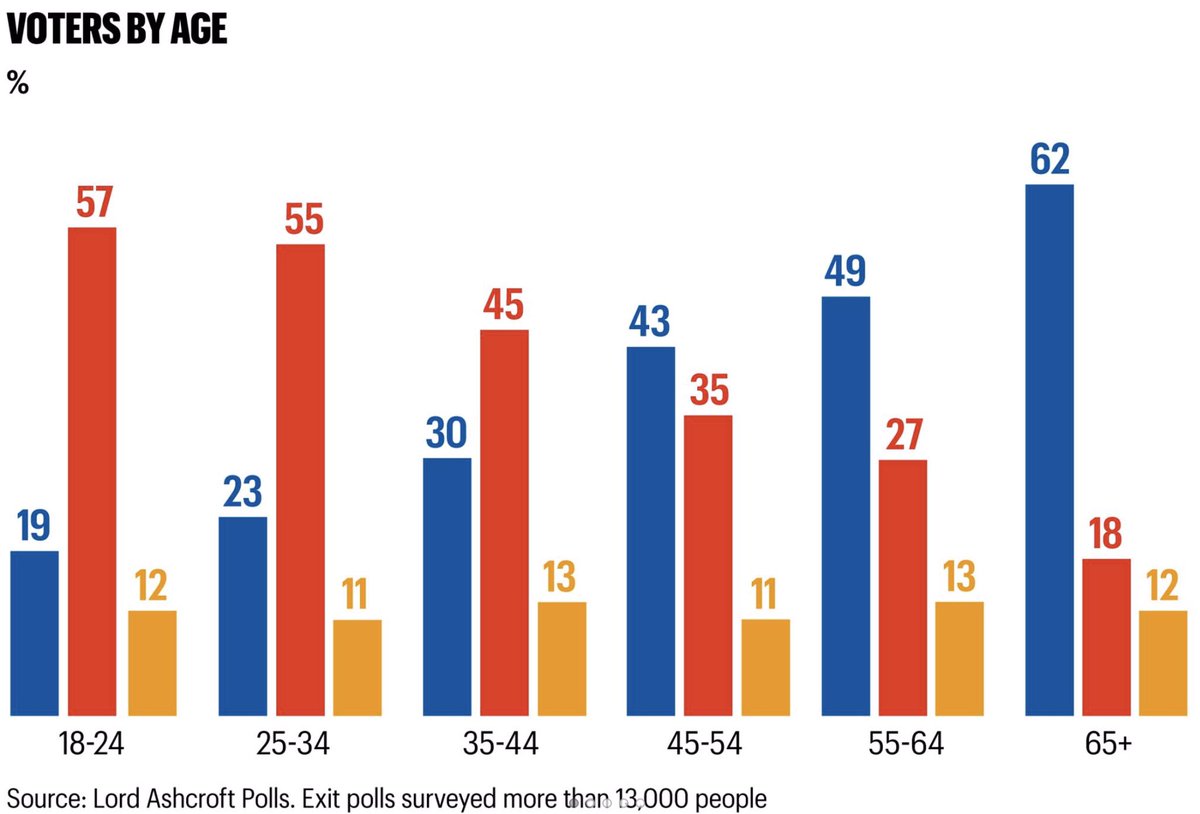 Just watched the day's Covid briefing. This is the[…]

Excellent research Malc'. I make that one out o[…]

Echoing what everyone else has said. My condolence[…]