Say hi! New or old, let us welcome you here
Forum rules: Welcome new folks! This forum is for you to start a topic to introduce yourself, so we can get to know you. Please note, the rules here are stricter - be nice to new people!
Reply
Share topic 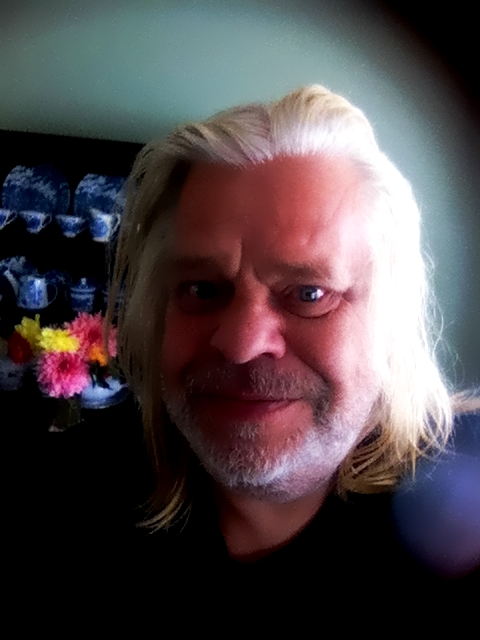 lambswool, Kreuzberger, Malcolm Armsteen and 6 others liked this

You can stop that malarkey right now......this is a family newspaper!

Memo to self: photos don't transfer within a quote, if they are an attachment!
The world is not full of arseholes; but I always seem to encounter at least one a day!

Age - 27, soon to be 28 (was around 22 when I first started lurking the forum though)
Location - London-ish
Occupation - Vertebrate lifeform
Kids? - None and never will be
Papers you read - Don't purchase any dead tree editions but I'll glance at the Metro or Evening Standard if it's laying about on public transport. Do contemplate getting the Observer sometimes.
Online news sources - BBC, Guardian, Reddit, Twitter,
Sum up the Mail in 5 words - Me da's WASP echo chamber
Political party - Not fixed but have voted for most of the left-leaning ones.
Favourite food - Favadas/char siu (I may enjoy pork belly more than is for my own good)
Favourite drink - Elderflower cordial, Birra Moretti, merlot
Favourite book(s) - Iain Banks, Bret Easton Ellis, the pessimists. Am eyeing up David Kynaston's Tales of A New Jerusalem at time of writing.
Favourite band/artist - Too many to state a favourite above all else but Phil Ochs resonates with me on political and personal matters
Favourite album - Jamie Lenman - Devolver
Favourite song - Similar to my favourite artist but I've had Propagandhi's A Speculative Fiction on repeat plenty recently.
Favourite film - Unbreakable. I really should watch some Ken Loach.
Footballl team - West Ham (though going to ground is like being amidst a sea of gammon these days)
The Mail likes me because - From a working class done good now lower-middle class family in a suburb of 95% White-British residents
The Mail hates me because - metropolitan liberal elitist.
AOB liked this
You made him a poacher yourself, Squire
When you'd give not the work nor the meat
And your barley-fed hares robbed the garden
At our starving poor little one's feet

-  Fri Mar 15, 2019 9:52 am #569179
No Ivan Goncharov in books? I nearly said Tolstoy but thanks to Google we can all pretend to be a bit cleverer. I'm sure Oblomov was commonly used in Soviet Times to describe a hopeless bureaucrat.

youngian wrote: ↑
Fri Mar 15, 2019 9:52 am
No Ivan Goncharov in books? I nearly said Tolstoy but thanks to Google we can all pretend to be a bit cleverer. I'm sure Oblomov was commonly used in Soviet Times to describe a hopeless bureaucrat.

He's amongst a cabal of miserable 19th century Russians (interestingly the cover art I've lifted is actually a portrait of Vsevolod Garshin) on my to read list, I initially became aware of Oblomov through an article Will Self penned about slacking way back in the 90s and appears to be my spirit animal as the yoot say. I imagine that will change to The Underground Man after a few more decades of maladjusted isolation.

Safe to say I rush answers when on the spot. Forgot to include Louis Theroux and Adam Curtis under films, as well as Chumbawamba's A Singsong And A Scrap for favourite album

Malcolm Armsteen wrote:Welcome aboard, Ilya Ilyich. Glad to see Phil Ochs getting a mention, but no sausage-note? Pshaw.

Enjoying your posts, keep on truckin'

Many thanks, have been a long time admirer of your posts and actually wanted to sign up to correspond with you about how you cultivated such mighty rational analysis but now I've gushed too much and it's all weird.

I'm not sure of this custom you have about sausage-notes but I was just about to pop out for a vegan sausage roll if that'll do? Was even going to Tweet the event to Piers Morgan again

You made him a poacher yourself, Squire
When you'd give not the work nor the meat
And your barley-fed hares robbed the garden
At our starving poor little one's feet

You're on the telly, aren't you?
"The opportunity to serve our country. That is all we ask." John Smith, Leader of the Labour Party, 10 May 1994.

-  Fri Mar 15, 2019 4:13 pm #569229
"The years had been especially kind to David Ginola."
The Red Arrow liked this
Jack believed in the inherent goodness of humanity, and felt a deep social responsibility to protect that. Through us all, Jack marches on.
Others?

Here's one I didn't realise I'd taken:

I went looking for them last night in my local Lidl to no avail (I resisted the urge to to type "but not a sausage"), did you notice any indication that they were a limited period promotion?

A few years ago Saucisses de Toulouse were readily available in Tescos, Sainsburys, Waitrose etc, now the cupboard is bare...we're going to hell in a handcart etc
Wrings hands over 1st World problem.
That subtle admixture of the absurd and the surreally plausible...

'misallocated' is doing a lot of heavy lifting in […]

Julie should be clearing up on the populist rentag[…]