Archive of old topics pre-October 2007. PM a mod to get one reopened
Topic locked
Share topic

This is the decade of the Mail and Express . Shity ain't it.
But then I got to thinking. There are some good things about the 1950's .

A manufacturing base.
Commitment to mixed market economy , a general post war consensus.
Council houses being built.
Having some nationalised industries , the family silver according to Harold MacTory.
Churchill arguing for closer European integration.
Workers having a say in government , the tripartate system.

I know the above may have flaws , but I think the general idea behind the above aint all bad . Anyone have anymore?

The emergence of the first types of vibrant youth culture.

The idea that public transport be run for the benefit of its users rather than for profit.

General increase in prosperity so that more people were able to buy consumer goods such as washing machines, fridges and cars that had previously been the preserve of the better off.
The footless path has many leghorns

Carl La Fong wrote: General increase in prosperity so that more people were able to buy consumer goods such as washing machines, fridges and cars that had previously been the preserve of the better off.

Helped by easier rules on hire-purchase and cuts to old purchase tax.

*Influence by the war, people started to question the old order and class system.

challenges to ascribed authority not just here bt in europe and the states too.

*The first generation of baby boomers becoming rebellious teenagers. They probably browned off their Daily Mail reading parents who yearned for the simple days of the 1910s.

* Lonnie Donegan, the king of home made skiffle music, one of the men who inspired The Beatles. Check out his hit 'Putting On The Style', it's ace!

*Keynesian economics dominating the post-war consensus until the mid-1970s, to the point that Conservatives don't bother to challenge the welfare state and the progressive system of income tax.

*French philosophers such as Jean-Paul Satre writing about existentialism. I suppose that one day I'll actually sit down and read some of his work.

What else have I missed? Come on! Let's reclaim the '50s from the fist-shaking moaners!

Beginning of the end for the death penalty with the Homicide Act 1957.

The Wolfenden Committee Report calling for homosexuality to be legalised.

Oh (3)....and the Kinsey Report on all things sweaty sinful and fun (2nd part anyway).

I don't even know what they are! You've piqued my curiosity, care to educate me?

-  Sun Sep 23, 2007 9:41 pm #25724
I'm pleased you asked about Teddy boys there, Adrian. Ted was an English youth subculture in the '50s. It began in London when Savile Row tailors tried to re-launch Edwardian style clothing in the post-war period, hence the name Teddy boys, which caught on after it was used in a filthy tabloid newspaper.

The clothes were typically long drape jackets with velvet collars, brocade waistcoats, skinny ties, trousers with extremely narrow legs (drainpipes) and shoes with long pointed toes (winklepickers) or chunky shoes with thick crepe soles (brothel creepers). These sorts of clothes would, of course, be very expensive and would be paid for in installments. The music favoured by the teds was the rock'n'roll coming out of the dear old US of A. There's a pretty good page about the whole Ted thing here:
http://en.wikipedia.org/wiki/Teddy_Boy_ ... culture%29. I hope this satiates your curiosity. 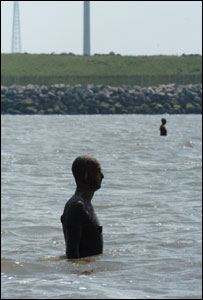 I was walking down the road the other day. A bloke pulls up next to me in a foreign motor car and says "I'm in a dilemma". I said "Aye, good motors Dilemmas. Used to have one myself", I said.

JohnD wrote:Oh no, I think I've made an error of a sort! Was it Teddy boys you were asking about or something else in that post you quoted, Adrian? Me and my communication problems, eh?

There was the BBC and the new ITV.

There were still smogs and the Thames was dead.

There was up to an eon to get phone service.

Andy Pandy and Muffin the Mule was about the only stuff on TV for children.We always listened to the Queens speech at christmas on the radio.

Hospital was somewhere where you went to die and not to get better.

Roads were always very windy and narrow. I used to get car sick all the time.

Rutte’s clearing the decks as he’s up […]

You do for starters. Never stops banging on about […]

I personally would leave the plinth empty, I t[…]