Watchman wrote: ↑
Wed Feb 05, 2020 9:22 am
Am I missing them, but since last weekend's "freedom celebrations", they has been no items on our leaving The EU, no plethora of good news stories to keep the nations mood up. One can hope they've gone for quet reflection.....along the lines of "Oh Shit!"


News item I've seen since Friday include:
A majority of Scots polled want to end the British state.
Sinn Fein may hold the balance of power in the Dail.
Fishermen in Guernsey surrender to the French after a four day war of stupidity.
Johnson rebrands No Deal catastrophe as an 'Australia Deal' after discovering the EU is saying the same things as it has since 2016.


There was the discarded war game plan from Nissan exploring a Lada* production model for the British market. Financial institutions setting up British offices is a bonus being touted by Brexiters.
* Nearly put Ford Holden but they now just seem to rebrand foreign cars. 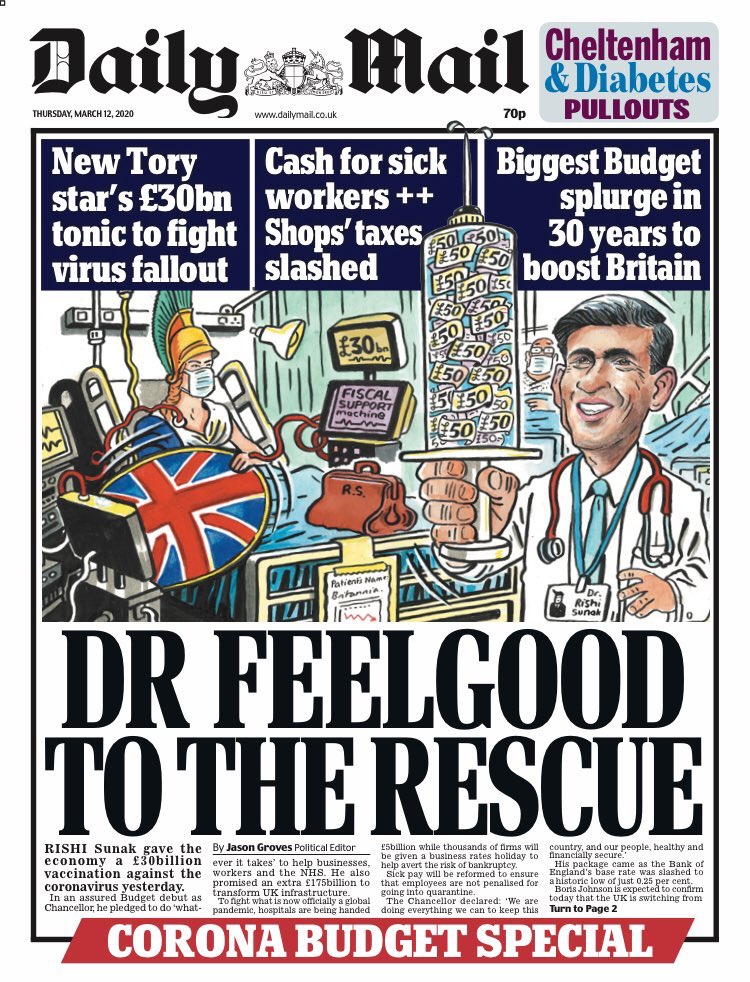 Boiler liked this
The Red Arrow is currently appearing in 'A fine, upstanding member' at The Nottingham Playhouse.

The stench of hypocrisy is choking me.
"I am not expendable, I'm not stupid and I'm not going outside."
(with apologies)


*The current incarnation doesn't even come close to the glory days, mind. Thinking about it, the pale imitation of someone else's act isn't a bad unintentional metaphor.
davidjay liked this
The Red Arrow is currently appearing in 'A fine, upstanding member' at The Nottingham Playhouse.

Fuck you, jesus fucking christ. Fuck you. No shame.

Why is Brittania in bed with a couple of trombones?
"The opportunity to serve our country. That is all we ask." John Smith, Leader of the Labour Party, 10 May 1994.

Why is Brittania in bed with a couple of trombones?

She won't be able to play them with that mask on. Mind you... that's actually quite a good drawing of Sunak.
"I am not expendable, I'm not stupid and I'm not going outside."
(with apologies)

-  Fri Mar 13, 2020 11:02 am #600524
As an aside, I've noticed that political cartoonists will distort and exaggerate facial features beyond grotesque yet when the politician is a person of colour* their treatment is much kinder.

* I believe 'person of colour' is the accepted way of describing someone who is not white. If this has changed within the last few weeks I apologise.

-  Fri Mar 13, 2020 11:04 am #600525
Kids, look at the hands. Now look at the head. Now tell me tracing paper, a light box, a window pane, a pantograph or another cartoonist wasn't involved.
The Red Arrow is currently appearing in 'A fine, upstanding member' at The Nottingham Playhouse.

Online bingo on the other hand, is pure, unadult[…]