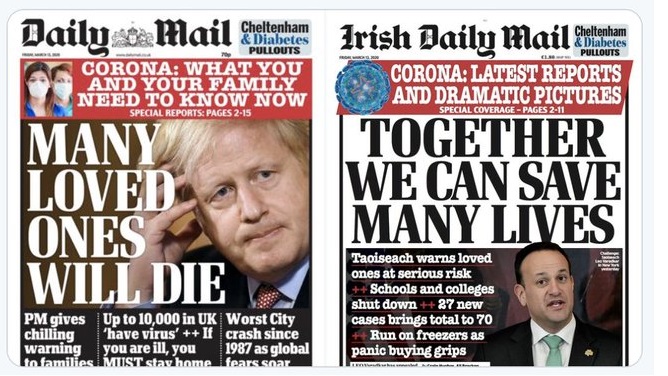 
*The current incarnation doesn't even come close to the glory days, mind. Thinking about it, the pale imitation of someone else's act isn't a bad unintentional metaphor.


Seconded a hundred times over. There should be some sort of agency that can take a band's name away when it gets dishonoured in such a way (see also Slade).
We've got democracy! Who needs solidarity?
Others? 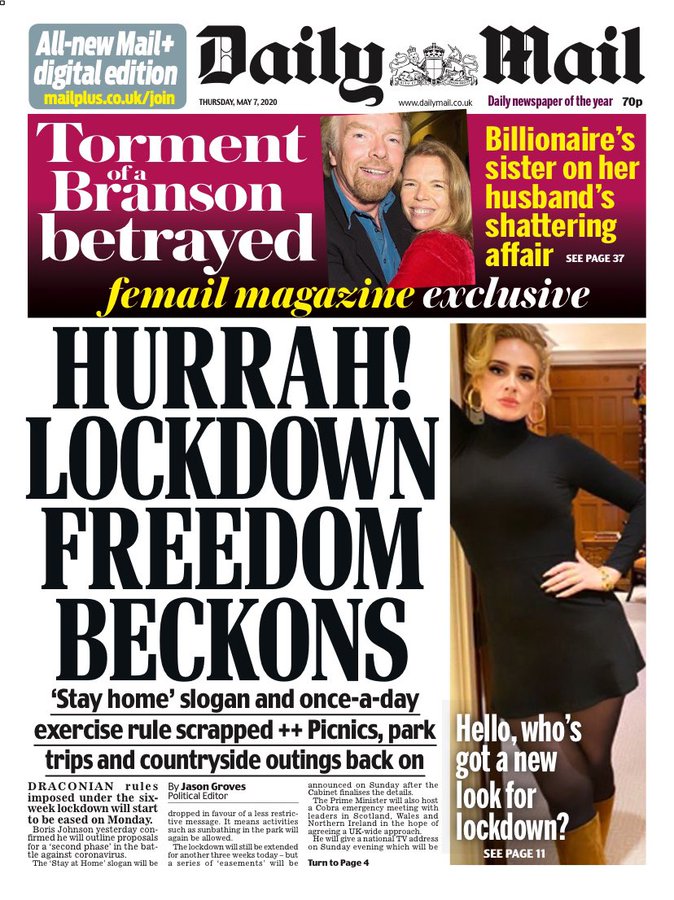 You would have thought that the Daily Mail would have learned its lesson about using Hurrah in its headline after its brief flirtation with the Black shirts.
http://tiny.cc/tqugax

You would have thought that the Daily Mail would have learned its lesson about using Hurrah in its headline after its brief flirtation with the Black shirts.

The kind of celebratory tone reserved for winning some major sportsball thing.

I wonder if the bereaved will find their loss diminished by being able to go to the park slightly more often now.
Kreuzberger liked this
You made him a poacher yourself, Squire
When you'd give not the work nor the meat
And your barley-fed hares robbed the garden
At our starving poor little one's feet 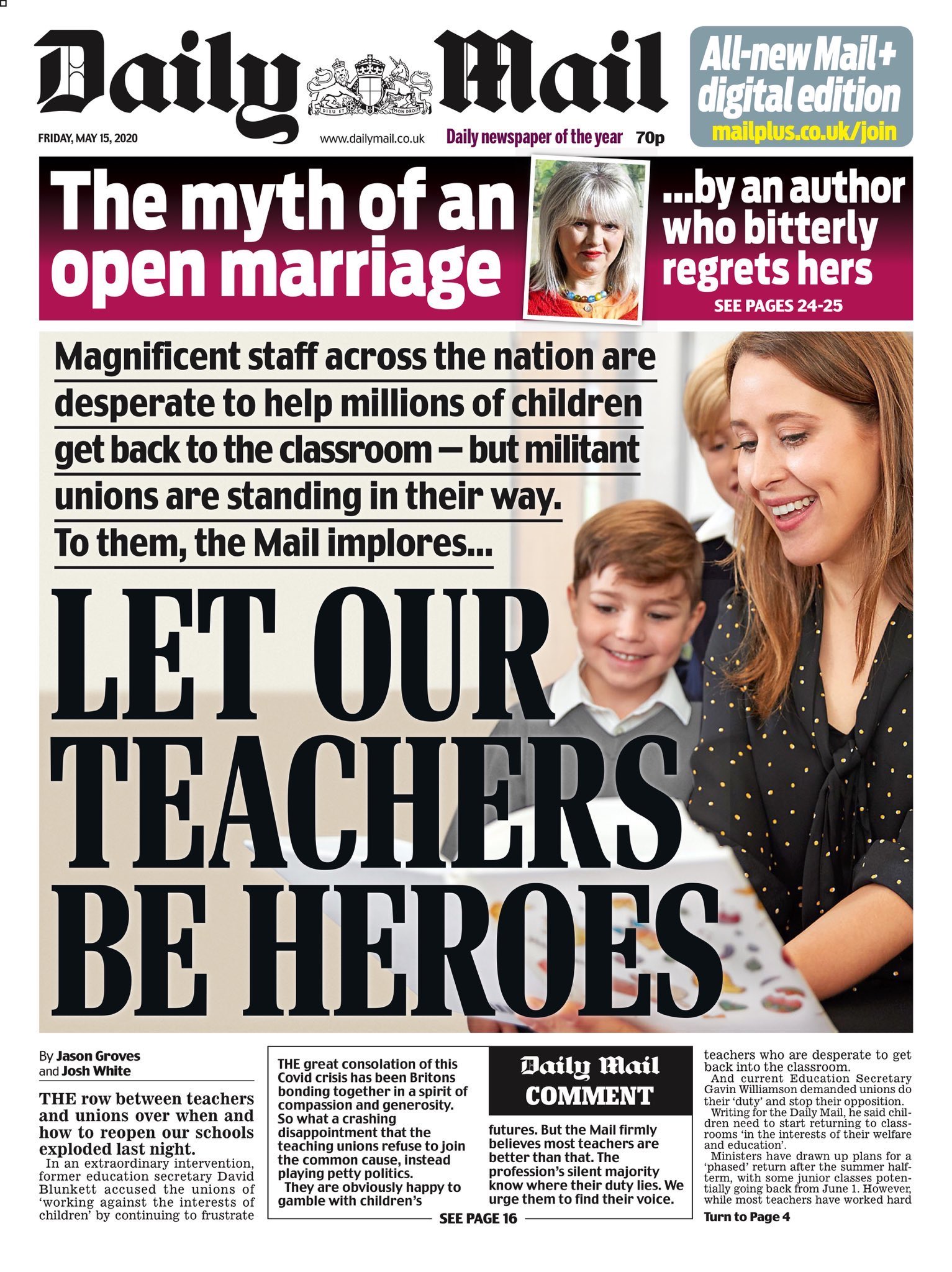 Where do start with such nonsense?
http://tiny.cc/tqugax

The key bit in the story is where they say 'Ministers have drawn up plans for a phased return', when schools were closed the government said any return would involve consultations with the unions but this has not happened. First the government leaked a story to the Telegraph about the possibility of schools opening two weeks ago, Boris then talked about schools re-opening last Sunday and then it has taken another days for ministers to engage with the unions.

Ideally schools would need at least two weeks to prepare classrooms and sort out other arrangements for a phased return. But that 2 weeks would start from when guidance has been agreed and published.
http://tiny.cc/tqugax

https://www.dailymail.co.uk/debate/arti ... -Cuba.html
"I am not expendable, I'm not stupid and I'm not going outside."
(with apologies)

...and make your own minds up on this.

So that explains why Gavin thinks so then.