We’re told the bombs had Dublin postmarks, but I shouldn’t be surprised if they were sent from closer to home by increasingly desperate Remoaners.

I wouldn't be surprised if you believed it either. Typical Leaver rationalisation. Project Fear until it comes true, then a cunning Remain plot when it inevitably comes to pass.
They fuck you up your mum and dad,
But not as much as Brexit will.
Others?

-  Fri Mar 08, 2019 3:57 pm #568536
If they've got Dublin postmarks I would be very surprised if they had been posted closer to home. Not many countries use postmarks from other countries on their mail. In fact Richard, the list contains as many as 0. You thick mendacious cunt.
Kreuzberger liked this
What duck?
Others?

-  Fri Mar 08, 2019 4:20 pm #568537
I've seen no serious Remainer opinion wishing to heighten Republican tension with hyperbole. But Littlejohn imagines it anyway to see if he can stoke up this situation.

youngian wrote: ↑
Fri Mar 08, 2019 4:20 pm
I've seen no serious Remainer opinion wishing to heighten Republican tension with hyperbole. But Littlejohn imagines it anyway to see if he can stoke up this situation.

Well, the way it goes is usually in this format:

Remainer: "If we go ahead and close the border, it's going to be a mammoth undertaking we can scarcely manage, and we're going to piss off a hell of a lot of people who don't want it closed, because they live and work in the current system and don't want to go back to getting stopped every fart's end whilst doing their everyday business. It'll cripple businesses on both sides of the line, and that's before we even get to the GFA and the obvious offence it's going to cause Nationalists and Republicans"

Gammon: "Oh yeah? Oh Yeah? Fuck them. No surrender to the IRA"

Almost inevitably, people who neither lived through it nor were affected in any way, because otherwise I don't think the mind could support it.
Ní uasal aon uasal ach sinne bheith íseal: Éirímis

-  Sat Mar 09, 2019 11:30 am #568603
To a degree I can understand the rancour of, say, Norman Tebbit. However there are plenty in the establishment who saw the Troubles as either a war against a foreign enemy, or the putting down of a criminal gang. And the problem is that it was a bit of both and then something more.

Hindsight being wonderful, what should have happened was a truth and reconciliation commission as in South Africa. But yeah, the No Surrender attitudes? More "one last push, don't stop believing" bollocks.
"It is not enough to succeed. Others must fail." - Gore Vidal.

-  Sat Mar 09, 2019 1:18 pm #568607
Out of curiosity, when possibly the loudest "No Surrender" voice of all, the late Reverend, saw things far more pragmatically, and ended up being a respected colleague, confidant, and let's be honest, genuine friend of Martin McGuinness, did the DUP's heads explode?
"He's the leader of the gang. He's the top, he's the tip, he's the championship. He's Top Cat. And he's scum!"
Others?

-  Sat Mar 09, 2019 3:10 pm #568610
Paisley's career was partly about wrecking the career of any Unionist politician contemplating the sort of deal he accepted once he was in a position to be offered it.

-  Sat Mar 09, 2019 10:08 pm #568651
I don't think the Gammon are all that bothered about the break-up of the Union; Ireland is a complex subject and they don't do complex. They haven't evolved beyond tow it out and sink it.
youngian liked this
We've got democracy! Who needs solidarity?

KevS wrote: ↑
Sat Mar 09, 2019 1:18 pm
Out of curiosity, when possibly the loudest "No Surrender" voice of all, the late Reverend, saw things far more pragmatically, and ended up being a respected colleague, confidant, and let's be honest, genuine friend of Martin McGuinness, did the DUP's heads explode?

Unionism and Republicanism both undergo frequent changes of the guard, or attempts at the same, generally with a harder-line splinter group fucking off and declaring their old party to be traitors, or external rabble-rousers squeezing the old guard. Paisley was lucky enough that the alternative groups at the time were led by even worse. TUV soaked up the loud voices and bagged the "Farage Berth" on local political coverage (no electoral success to speak of, but guaranteed to go off on one and make "good TV"), and managed to go beyond the pale for the long tail of DUP support (the supposed "natural UUP voters"). DUP were quick enough to get on board with the new paradigm, because the alternative was falling apart.

Truth to tell, though, that long tail isn't remotely happy to be voting DUP on non-constitutional issues. UUP decided to try and re-align on the hard-line side and got nowhere. It will be interesting to see how the posturing on a hard border affects things down the line for the DUP.
Ní uasal aon uasal ach sinne bheith íseal: Éirímis

Footballers getting attacked on pitch? Load of fuss over nothing! After all, it's not like the attacker's armed, is it? And besides, they've got a few quid.

Missing the point that if someone's going to attack someone in the middle of a stadium, surrounded by stewards and police, what could they do away from the spotlight? And always the undercurrent that if you're nouveau riche, or even better, nouveau riche and black, you're not worthy of respect.

And yes, whenever a brown person kicks off, it's the likes of Littlejohn crying "what if he had a gun or bomb?". The wanker.
"It is not enough to succeed. Others must fail." - Gore Vidal. 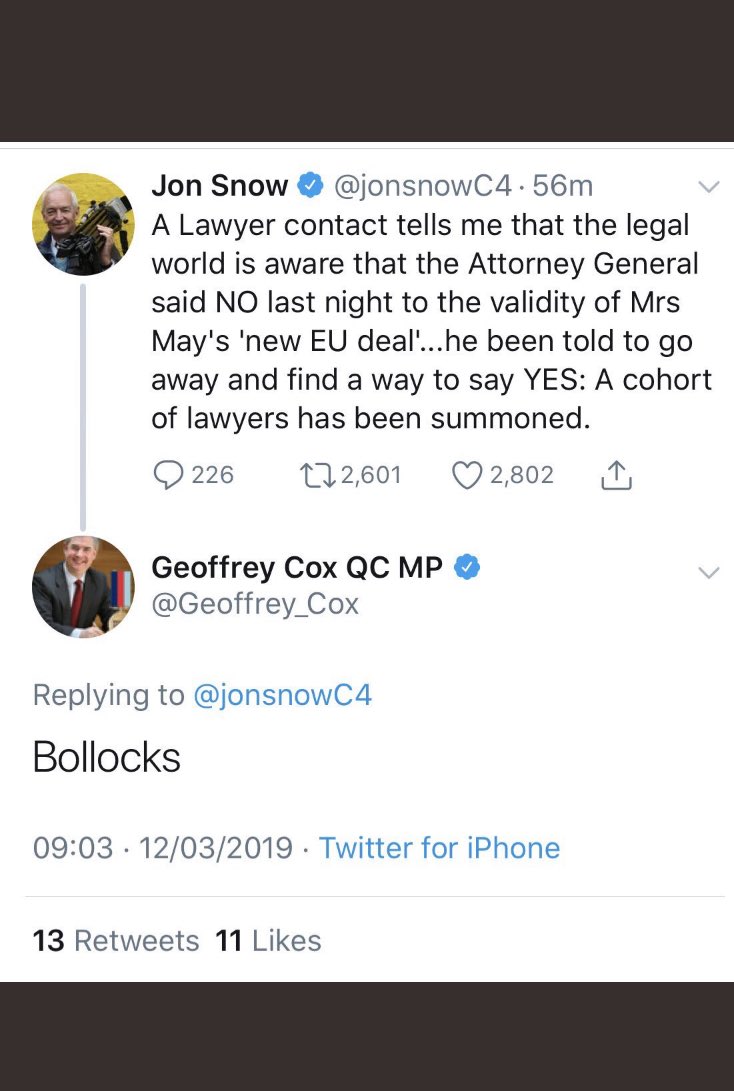 Blah blah it's not about the money blah.

It was a choice between bailing them out and seein[…]