Blah blah cowardly politicians blah blah betrayal of the people. Fuck off Richard.
"It is not enough to succeed. Others must fail." - Gore Vidal.

Take back control, make parliament soverign.
The educated differ from the uneducated as much as the living from the dead. Aristotle

Curiously, one of the proposers of the No Deal motion was Labour MP Jack Dromey, a former trades union official and husband of Harriet Harman.

Jack used to be a national officer with the TGWU, now Unite. Somehow I can’t ever imagine him going into talks with an employer, on his hands and knees, promising that he’d take whatever pathetic pay rise they decided to offer and guaranteeing there was no danger that his members would go on strike.

This is the most stupid No Deal analogy ever and LJ is not even the dimmest Brexiter in the room.


https://www.dailymail.co.uk/debate/arti ... -well.html
They fuck you up your mum and dad,
But not as much as Brexit will.

Boris, Rees-Mogg and Farage (Tom, Dick and Harry) would be attempting to tunnel their way out of Stalag Luft 2019, while the likes of Spread Fear Phil and Look Back In Amber were grassing them up to the guards.

Boris, Jacob and Nargle getting their hands dirty? Chinny reckon.
I'd rather shoot Paul Dacre than anyone else in the country- Colin Dexter. A direct quote from the Radio Times m'learned friends

Oh, and Charles Bronson was fucking Polish, you fucking bellend.
"It is not enough to succeed. Others must fail." - Gore Vidal.

Rattling in on the Piccadilly Line from Daily Mail Land, it wasn’t until we crossed the North Circular Road that the demonstrators started getting on board. First up was a scruffy bird in Doc Martens and one of those Intifada scarves. She was brandishing a tatty cardboard ‘Stop Leave’ sign.

By the time we’d reached Islington, spiritual home of Remain, there were a few more of them, all looking very pleased with themselves.

Curiously, the local MP, O.J. Corbyn, wasn’t among them.

When I got on the train to the march the seats and standing room had already been filled by the muesli-eating metropolitan elites of Kings Lynn and Downham Market.

Its not in the least bit curious that Corbyn wasn't among them. Whats this 'O.J. Corbyn' bollocks all about?
Others?

Harry Harrison was wrong. Whereas he described a London-New York railway for nuclear-fired steam trains in "A Transatlantic Tunnel, Hurrah!", the reality turns out to be merely an extension of the Piccadilly Line to Florida.

Definitely a major prediction-Fail from a top Science Fiction writer there.

Or is it just another reality Fail from a top useless cunt?
What duck?

-  Tue Mar 26, 2019 11:12 am #570489
As we trundled into Vero Beach station on the Pocahontas Park line, a grubby excuse for humanity sporting a greasy, ill-fitting suit, Friar Tuck haircut and piss-stained Hush Puppies waddled down the platform, oblivious to the fact that his collecting of dog-ends and abandoned half-eaten junk food was nowhere as furtive as he thought it was. Every time he bent over, the gap between the bottom of his ill-fitting jacket and straining waistband widened to reveal a fading 'Propery of Paul Dacre' tattoo on his arse... 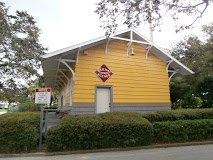 Cyclist liked this
By reading this post you agree that I can sell your personal & contact details to corporate agencies who make judgements about your character that may involve your future removal from society by means which the aforementioned agencies deem fit.

Boris, Rees-Mogg and Farage (Tom, Dick and Harry) would be attempting to tunnel their way out of Stalag Luft 2019, while the likes of Spread Fear Phil and Look Back In Amber were grassing them up to the guards.

Boris, Jacob and Nargle getting their hands dirty? Chinny reckon.

More like "reserved profession" jobs that Daddy landed them before it all kicked off.

What dd the stockbroker and columnist's battalion do in the war daddy?
The educated differ from the uneducated as much as the living from the dead. Aristotle

Oh, and Charles Bronson was fucking Polish, you fucking bellend.

Coming over here, digging our escape tunnels....
The educated differ from the uneducated as much as the living from the dead. Aristotle

He doesn't know how the escapees would have voted, although the stats based on age might disappoint him. His analogy is crap. It's basically "I saw a war film and we did alright in that (aside from everyone who got shot)". As for the rest, it's channelling Dacre's idealised Arnos Grove.

To draw a parallel with a favourite TV show of mine, Boardwalk Empire, he's like Gyp Rosetti standing on the beach after seeing Al Capone and Richard Harrow massacre his gang, singing insanely about the man with the googly eyes.

Oh, and he went to see La Boheme once. It's an opera, dontcha know?*

*Trading Places reference.
"It is not enough to succeed. Others must fail." - Gore Vidal.