The National Trust, which exists to protect and promote our history, now prefers to airbrush the past and replace real castles with bouncy castles and ancient tapestries with fatuous touch-screen ‘experiences’ tailored to the snowflake generation.

The man's tapped. What the hell would he know about visiting NT properties and land?

-  Tue Aug 25, 2020 10:24 am #621543
He remembers dragging his kids round, or being dragged round as a kid, some museum or stately home, being told not to touch anything or to speak too loudly, and it was bloody boring. But it was impressed on him that it was worthy, just like the Proms. So when he hears of interactive exhibits and technology being used to bring the past to life, he's sceptical. Partly because he views all technology after a certain point as essentially frivolous or used for a skive (just like twats who complain about officials with iPads, because obviously all anyone will do with them is play games or fart around on the internet - indeed, see his comments on Gavin Williamson and social media), and partly because he didn't have that opportunity so why should some snotty nosed kid?
youngian, Oblomov liked this
"There ain't nothing you fear more than a bad headline, is there? You'd rather live in shit than let the world see you work a shovel."

-  Tue Aug 25, 2020 11:52 am #621545
No matter how much time he spends in Florida he still has the classically English loathing of the fact that somebody, somewhere is having a better time than he had.
youngian, spoonman, Oblomov liked this
We've got democracy! Who needs solidarity?
Others?

It's why his blokey "I just wanna pint and listen to some 70s rock" schtick doesn't hold water. Why he can't even write a reminiscence piece without slipping into comparisons with the workshy kids of today, or "just try saying/doing that now - the PC police would be on you like a ton of bricks".

What a sad bastard.

Oh yes - one other thing. Just like the people complaining about the National Trust drawing attention to links to slavery etc, he knows that his version of history is an airbrushed myth, but it's more comforting than the reality.
"There ain't nothing you fear more than a bad headline, is there? You'd rather live in shit than let the world see you work a shovel."
Others?

It's why his blokey "I just wanna pint and listen to some 70s rock" schtick doesn't hold water. Why he can't even write a reminiscence piece without slipping into comparisons with the workshy kids of today, or "just try saying/doing that now - the PC police would be on you like a ton of bricks".

What a sad bastard.

Oh yes - one other thing. Just like the people complaining about the National Trust drawing attention to links to slavery etc, he knows that his version of history is an airbrushed myth, but it's more comforting than the reality.

Partly because the world he and his ilk have lived in for centuries is collapsing. Partly because all the money he's got can't buy him a walk down Fleet Street c. 1975, or a pint with Slipper of the Yard, or an afternoon watching Hoddle & Gazza dahn the Lane, or all the things he used to do. Partly because he might have stolen a living as a columnist for decades but deep down he knows that he'll never be Keith Waterhouse. Partly because he's a miserable cunt.
We've got democracy! Who needs solidarity?
Others?

Someone should explain to her in words of one syllable that it was the Royal Navy that ended the slave trade on the high seas.

Woosh. Right over its head. Just forget how many slaves our good old British Navy transported for profit, eh?

Also, a non-story. The two supposedly contentious songs are not being 'banned' due to 'political correctness gone mad'.

They're still being played. Just not sung along to by a massed chorus. Due to that little Covid-19 situation that Dickie brings up later in the same column. Every intention has been stated to bring back the full, sung versions next year.

Not that your typical Mailite cretin will stop twice to think about anything, when Wor Dickie can get them to knee-jerk like the good little poodles they are.
Abernathy liked this
Us Amazonians always get our man...
Others?

Get back to work you lazy slobs, part 94.

What a world he lives in, one of staff canteens and getting pissed at lunchtime. He even admits that he does his job from home, only travelling to the office when he has to. And then describes his forays into London as mostly getting pissed. But he's still saying that while it's fine for him, everyone else on WFH is slacking.

And judging by the best rated comments, he's not convincing anyone.
"There ain't nothing you fear more than a bad headline, is there? You'd rather live in shit than let the world see you work a shovel."

1. Those WFH have probably just carried on their work, and were not furloughed at any point. Therefore it sticks in the craw to be told you're an idle slacking bastard when you were toiling away as Bournemouth beach overflowed. And to be compared to Nazi sympathisers if that first line of Littlejohn's crap is anything to go by.

2. Practicalities. Take my place of work:

How's that going to work then with a queue for the lifts stretching halfway down the A11?

Not only that, but the lavatorial facilities are all now unisex, but before anyone starts having Ally McBeal type fantasies, they're only for one person only at a time, thus reducing their capacity by 75%.

Finally, let's hear it for Grant Shapps this morning, telling people not to work from home, whilst, er, working from home.
Catkins liked this
"He's the leader of the gang. He's the top, he's the tip, he's the championship. He's Top Cat. And he's scum!"

-  Fri Aug 28, 2020 8:00 am #621764
As ever, it's the hypocrisy that grates. Decades of me first, working class solidarity is dead and unfettered capitalism uber alles, but when property companies are in trouble we should all think of our fellow workers. As one comment said, there's a bit of a difference in coming into London as a daytripper and commuting all the time.
We've got democracy! Who needs solidarity?
Others?

Funnily enough, as I've been doing this since March 19, I realised I was starting to go a bit strange in the head, and so formally requested to return to the office on a split week basis.

This was turned down as the office is currently at the capacity they're safe with at the moment. However, the next review is in October and they'll look at it then. This is an entirely sensible point to do it, as by then it will be clearer if the change of weather or thd return to schools has had any effect on things.

See, sensible thinking to keep the business moving whilst having the well being of the employee foremost in the mind. It is possible, Littlejohn.
Amazonian liked this
"He's the leader of the gang. He's the top, he's the tip, he's the championship. He's Top Cat. And he's scum!"

We Have CBI Directors and Government ministers getting an uncriticised soapbox to gaslight us that the office is a fun and life-affirming place to be.
It's more than unfortunate that the BBC lack the wit or awareness that many people don't feel this way.

It's notable that all those speaking out for the office are top of the pile types, who enjoy the services of assistants, valet laundry and washing, the boardroom toilet and restaurant, and usually a car and driver.
People who can nominate their own pay rises, not people who have their toilet breaks monitored and used for disciplinary matters.

Where is the voice for those who suffer workplace bullying, discrimination, alienation.
Those who dread an atmosphere made toxic by dysfunctional colleagues, office politics, and confrontational management practice.
Those whose long commute will now add the threat of infection.

Perhaps worst of all is that way that when the top-rail types want a bit of office fun, all the lower ranks are expected to turn out and force a smile;
whether it's inter-departmental sumo-suit wrestling or providing a smiling audience to "my old pal Boris who'll be visiting".

So I'd like to declare this Friday that preceedes an English bank holiday as "Fuck the Office Friday".
The Red Arrow, Kreuzberger, Oblomov and 5 others liked this
The educated differ from the uneducated as much as the living from the dead. Aristotle
Others? 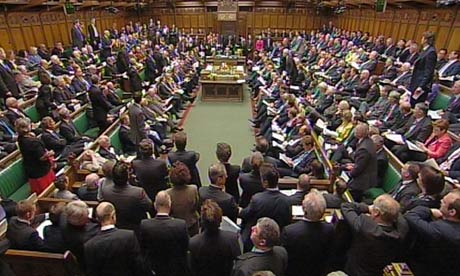 Yep. I repeat, when I see this again, I might pay more attention to certain people telling me to get back to 'normal'.
Others?

-  Fri Aug 28, 2020 9:21 am #621773
40 or so years ago, Margaret Thatcher said that there was no sense in keeping people employed in obsolete industries (or those she felt were obsolete), that it was akin to paying people to "dig for mud", and those affected should just retrain.

Not that long ago, wet and weedy millennials were being mocked for spending money on lattes and pricey sandwiches, while there was nothing wrong with a cup of Mellow Birds and a homemade sarnie, and if you didn't have your Starbucks you might be able to afford a house. Now it seems they're the backbone of the economy.

A year or two ago, in a blog for the BBC, Amol Rajan argued that if there was one group of people under-represented on current affairs programmes, it was ordinary working people. Talking heads are overwhelmingly middle to upper class media types, and the closest you get to publicly testing the mood of the working class is your Wetherspoons morning club, who aren't likely to be working. That's the problem - we can't be consulted, as we're too busy working*.

*Major IT incident, all work systems down, hence me having time to post.
"There ain't nothing you fear more than a bad headline, is there? You'd rather live in shit than let the world see you work a shovel."

That'll bring the voters back, Lexiters (as I th[…]

From what Gove was burbling on the news, it's as m[…]