-  Tue Dec 08, 2020 7:48 pm #632216
Despite the fact that Spurs have been doing really well over the last 5 years Littlejohn has barely mentioned the fact that he supports them. Yet he conveniently because a life long season ticket holder when it suits the narrative. A number of fans have already pointed out that the window for buying season tickets closed months ago so he has either got one or he's missed the boat.
http://tiny.cc/tqugax

Edit to add: with the curtains closed, naturally.
This age thinks better of a gilded fool / Than of a threadbare saint in Wisdom's school - Thomas Dekker c1598

satnav wrote: ↑
Tue Dec 08, 2020 7:48 pm
Despite the fact that Spurs have been doing really well over the last 5 years Littlejohn has barely mentioned the fact that he supports them. Yet he conveniently because a life long season ticket holder when it suits the narrative. A number of fans have already pointed out that the window for buying season tickets closed months ago so he has either got one or he's missed the boat.

But he was, of course, present when Fabrice Muamba had his arrest, because then he could sneer at the good wishes Muamba was sent.
We've got democracy! Who needs solidarity?

Fuck off Littlejohn.
"There ain't nothing you fear more than a bad headline, is there? You'd rather live in shit than let the world see you work a shovel."

-  Fri Dec 11, 2020 8:22 am #632394
Trouble is he speaks to (and for) a depressingly large chunk of the population. Until our press is properly regulated and acts in a mature manner any form of social progress will be much harder.
Boiler liked this
Mene, mene tekel upharsin, Johnson.

By Scarlet emperor
Fri Dec 11, 2020 10:25 am
-  Fri Dec 11, 2020 10:25 am #632410
It's as though he goes out of his way to fly in the face of logic. We have a pandemic - who do we need? The NHS, scientists, doctors and nurses.
So let's attack them and blame them for everything! Let's claim they're "making it up as they go along" because their advice stops us having a pint!
In fact let's go the whole hog - claim we should shut down the NHS and reopen the pubs. Yay! Eat and drink for tomorrow we die.
What troubles me is that Littlejohn knows this horseshit is dangerous and wrong but is such a self centred twat that he's happy to whip up those who do believe it and cause problems for the frontline NHS staff risking, and losing, their lives to keep us safe.
He's beneath contempt.
There's no point being grown up if you can't be childish sometimes

Recycling? Bit of fuss sorting things into bins instead of chuck it away and forget it. Speeding? Checking your speed, road safety, and fuel economy vs feeling good and getting there a bit quicker? Speed away. Clobber that protester rather than address the reasons why they're protesting? Fuck 'em.

On Covid, his position seems to be that getting the virus under control is less important than the disruption to his life - in particular getting pissed in pubs and having big dinners in restaurants. So what if people die, they probably weren't anyone he cares about, and in any case he's a firm believer in private healthcare.
"There ain't nothing you fear more than a bad headline, is there? You'd rather live in shit than let the world see you work a shovel." 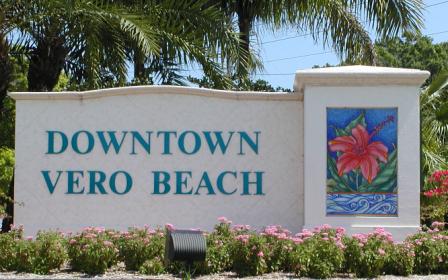 By Scarlet emperor
Fri Dec 11, 2020 11:08 am
-  Fri Dec 11, 2020 11:08 am #632416
I think it goes even deeper than that. The resentment of anyone educated in a particular field daring to give advice based on their knowledge and experience. How dare they! My gut knows better than them, the elitist overlords!
It's jealousy of people who took time and massive effort to gain the knowledge they have in order to help others while I sit on my arse blaming others for all my problems while my brain turns to sludge.

What's scary is that it's that sort of thinking that brought dictators like Pol Pot to power.
youngian liked this
There's no point being grown up if you can't be childish sometimes

-  Fri Dec 11, 2020 11:24 am #632418
My dad, bless him, was an admirable man in many ways, but he had a tendency to mutter when watching, say, university Challenge, "And who scored the bloody goal?" after a contestant had got a particularly tricky/obscure question right. That or "Ask them one on sport".

However, he respected people who were experts in their field. Littlejohn has always struck me as the sort of guy who was fine at school until about age 13, when rote learning begins to be replaced by actual thinking, and the swots begin to outstrip the toughs. And given a choice between which group to belong to, he chooses the toughs (actually borne out by his autobiography).

Experts, in his view, are only qualified if they're in a suitably macho occupation - military, heavy labour, and the blunt end of the police. There's a sort of proxy machismo going on there too, hoping their manliness rubs off on him, one of the lads, not a lightweight, not a pooftah. See also his love of pub rock, albeit with seemingly little idea of what they're singing. He's just there to thump the table in time with the beat.

More detailed assessments are available, but I think he can be summed up as follows: cunt.
"There ain't nothing you fear more than a bad headline, is there? You'd rather live in shit than let the world see you work a shovel."
Others?

Thanks for your thousands of letters, emails and online comments supporting my stand on football's tiresome 'taking the knee' nonsense.

Sadly, instead of listening to the paying public, the Premier League and Sky Sports, Black Lives Matter's self-appointed official broadcast partner, have doubled down.

I'm grateful to Mail reader Colin Anderson for drawing my attention to the fact that, following the summer's BLM protests in the States, Comcast, Sky's new Philadelphia-based owner, gave $100 million to an assortment of 'anti-racist' charities.

So to those of you who wonder what's behind Sky's slavish, over-the-top promotion of BLM UK, that might explain it.

When Rupert Murdoch's News Corp owned Sky, the Left were always howling about the iniquity of an American citizen allegedly dictating editorial policy to a British TV network.

But now that another giant U.S. corporation, eager to bolster its woke credentials, is calling the tune, not a peep.

People didn't object to Murdoch owning Sky News because he was 'American' people hated Murdoch because he was a racist bigot who used his media outlets to push his right wing agenda.
http://tiny.cc/tqugax

Amanda Gorman. I just heard all the Harlem Renais[…]

I know you've deceived me, now here's a surprise.

Or "Donald 'Fucking Off' Trump"?

Ah, this is about Rosie. I thought at the time tha[…]