Gourami wrote:Thanks for that. Now I'm sat here humming the theme music and probably shall be for the rest of the day.

When I say humming I mean 'dee-dee-dee-diddlee-dee..' stuff.

And all I can think about is Felicity Kendal feeding the pigs in her dungarees.

That subtle admixture of the absurd and the surreally plausible...

Gourami wrote:She has clearly set out to generate lots of "Ooh let me tell you something missy!" type comments. She knows the readers will bite. They did. Beyond tedious.

Yes, it's depressing that about half the comments are criticising her appearance. It's really the least unpleasant thing about her.

My guess is that Jones is retiring soon, and the race is on for the job. Ladbrokes are offering 8-1 on Charlotte Kemp, 2-1 on Shona Sibary and 3-5 for the new favourite, Samantha Brick.

-  Tue Apr 03, 2012 8:55 pm #214201
Okay, I've read the entire article. I've read a few hundred of the comments and I have to say: this is easily the fucking funniest/saddest/disturbing thing I've seen on the Internet since Miss Teen Carolina 2007. And I thought that shit was the thickest idiot I've ever seen. I've also read a few of her articles and I really have to say: I don't think this is a clear example of someone trying to stir up controversy to get publicity for the paper. She *really* does believe this shit. But let's be honest: she's no great beauty. I know that's cruel, but it's honest. If a woman was to say "I hate being so beautiful", I'd expect someone so extraordinarily beautiful that their eyes, their smile, their hair or their skin is heart-stoppingly beautiful, or that they have a voice that can still the tides and that the passage of their passing can carry starlight in the wake. And she doesn't have that.
Look at that creature's face and her eyes and it's clear that, like my Grandmother says, the emotion that's supposed to be in the smile isn't there in the eyes. Her eyes are hollow, chips of coal set in a face that I'd charitably describe as plain and pleasant at first glance. It's clear that, from the basis of another article she's drivelled out regarding her self-image problems stemming from being a fat child, that she's drilled the thought "You're beautiful" so many times into her mind over the years that she believes her own hype.
What I can't get out of my head though is that this article is, pretty much, a cry for help of some sort. Whatever that is, I hope she gets it. But - and this is where I'm going to be fucking nasty - she's opened herself up to an absolute hammering from more than just the Mail readership. She's sailed into the midst of the Intarwebs seas and hoisted her colours high and clear for them to see. "Here I am! I'm vain! I'm stupid! I've got a massive fucking ego and I don't give a fuck what you think about it!" And, as we all know, the Internet isn't just populated by nice people, but sometimes there are some real nasty fucks out there. There are sharks in the water, piranhas on the shoals and they can smell the blood. And watching someone like that twist and shriek as they realise what they've done has started to destroy them is, pretty much, deliciously entertaining in a twisted fashion. For it's not idle stupidity that has caused this - this is their ego, their own self-declared state of superiority being brought down around them.
If she has any sense - and she doesn't, so don't think she'll do this - she'll put out some mewling statement where she claims that she's been misrepresented by the Mail. But it's too late, for the article is out there and the Internet doesn't forget. And quite frankly, people like her are the people I hate the most, the self-loving fucktards of the world who think that the world is envious of them for some reason or another. And it's so fucking delicious when they fuck up and they lose whatever sense of respect they thought they had. Maybe she'll do us all a favour and fuck off. Or maybe she'll do something even more drastic and fuck off to a nunnery. Who cares, for she has gained that one thing that she clearly wanted all along: fame. It's just a shame that the fame isn't the glittering sensuality that she wanted to feel in her fingertips, but the full-on mind-fuckery of internet infamy bukkake, isn't it?
You couldn't make it up...that's what Littledick's for!

SAMANTHA BRICK. Ignore them all, I'd have a go on you. (Mind you I've had a couple so you might have to finish yourself off) (via @jojubs)

SAMANTHA BRICK. Ignore them all, I'd have a go on you. (Mind you I've had a couple so you might have to finish yourself off) (via @jojubs)

GENIUS.
You couldn't make it up...that's what Littledick's for!

It's wound people up, got hits, got publicity. Money made, job done.
Do what you can, with what you have, where you are.

What's obnoxious about Brick is not so much that she has a high opinion of herself. It's that her whole raison d'être, if you believe what she writes, is to please and be pleasing to men. Her attitude to gender roles and relationships is prehistoric. Of course, nobody would object if she simply carried on like this in her farmhouse with her dinosaur of a husband. But she's selling herself to the Mail as a role model. And the Mail is buying.

That's the part that really bothers me. Why is the Mail giving air to Brick's lifestyle rather than any others with vaguely unusual domestic arrangements? When the Guardian wants to provoke its readership (and get hits) on social and gender issues, it may commission Bidisha or Julie Bindel — writers who at the very least challenge us to think about normativity and its boundaries. There's nothing positive at all to be gained from reading Brick. She's just someone to hiss and sneer at.

The irony is that an article by a misogynist has attracted thousands of reactions that are, in the main, even more misogynistic. That's the Daily Mail in a nutshell.

But there's no doubting people found her tell-all interesting - since the confessional piece was published today Samantha's story has racked up more than 1.5million hits on our site.

Who's the winner out of all this? 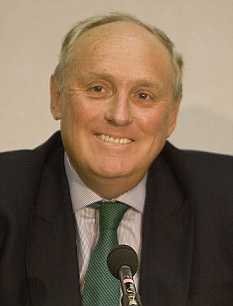 -  Tue Apr 03, 2012 10:15 pm #214226
Absolutely. Despite all his protestations the Mail, and even more Mail Online, are also part of the entertainment industry. And that includes provocative faux-reality pieces, just like TV.
Do what you can, with what you have, where you are.