-  Tue Apr 10, 2018 4:42 pm #539493
What a charmer.
Wouldn't it be great to be his carer when he's confined to a wheelchair, drooling and pissing himself.
The educated differ from the uneducated as much as the living from the dead. Aristotle


Police probe columnist Rod Liddle over 'hate crime' after he mocked the Welsh by saying the Second Severn Crossing 'linked them with the First World'
http://www.dailymail.co.uk/news/article ... Welsh.html

StillBrokenBritain, Manchester, 8 hours ago
Very soon, nobody will be able to tell a joke without fear of being reported. This country is being run by, policed by and dictated to, by idiots.
+308 -11

DWT, Anytown Wales, United Kingdom, 1 hour ago
I'm Welsh and I have no problem with Rod's comments. I do however have a very real fear of the thought police who are rapidly turning this country in to an Orwellian nightmare.
+77 -3

Essaitch, Maidstone, United Kingdom, 1 hour ago
Well personally I find that funny as it's obviously a tongue in cheek comment ! People take offence too easily these days !
+76 -1

mike young, kendal, United Kingdom, 1 hour ago
In this modern world you can insult the English and the Royal Family but I know not what else you can joke about
+67 -2

JustGiveup, Farnborough, United Kingdom, 1 hour ago
But in London, knife crime continues and pensioners are victimized for having been burgled. Keep going plod, respect drops day by day.
+58 -1

City Gent, Warrington, United Kingdom, 1 hour ago
Readers often ask what the police do. This is a great example of what police leaders believe to be a crime that needs investigation.
+57 -1

Winiston1, Surrey, United Kingdom, 2 hours ago
I am Welsh and see no problem with the joke , the world has gone PC mad
+57 -2

Wow, Littlejohn levels of "methinks he doth protest too much"!
I'd rather shoot Paul Dacre than anyone else in the country- Colin Dexter. A direct quote from the Radio Times m'learned friends

On the B4251 between Broad Oak (Herefords) and Skenfrith (Mon)

JustGiveup, Farnborough, United Kingdom, 1 hour ago
But in London, knife crime continues and pensioners are victimized for having been burgled. Keep going plod, respect drops day by day.
+58 -1

I was unaware that London was on North Wales Police's patch. You live and learn...

Mention Herefordshire and they'll op their mandatory "SAS boner".
The educated differ from the uneducated as much as the living from the dead. Aristotle

You had a lucky escape then. There's some right weirdos in that forest. Back in the 90s when my parents lived in Ross, my dad used to save the Dean Forest Gazette & Wye Valley Review for me to read when I went over. The mind boggled. Forest Fred's column was usually good for laugh though.
Millennium hand and shrimp, bugrit

I love that bit of Monmouthshire between Abergavenny and Hay On Wye.

-  Fri Apr 13, 2018 6:45 pm #539934
Though it wasn't such a great idea to cycle from Ross to Hay, climb Hay Bluff, and return to Ross via Llanthony valley. Or, at least, the filling the saddlebag with second hand railway books before attempting Hay Bluff wasn't, anyway.
Tubby Isaacs liked this
Millennium hand and shrimp, bugrit 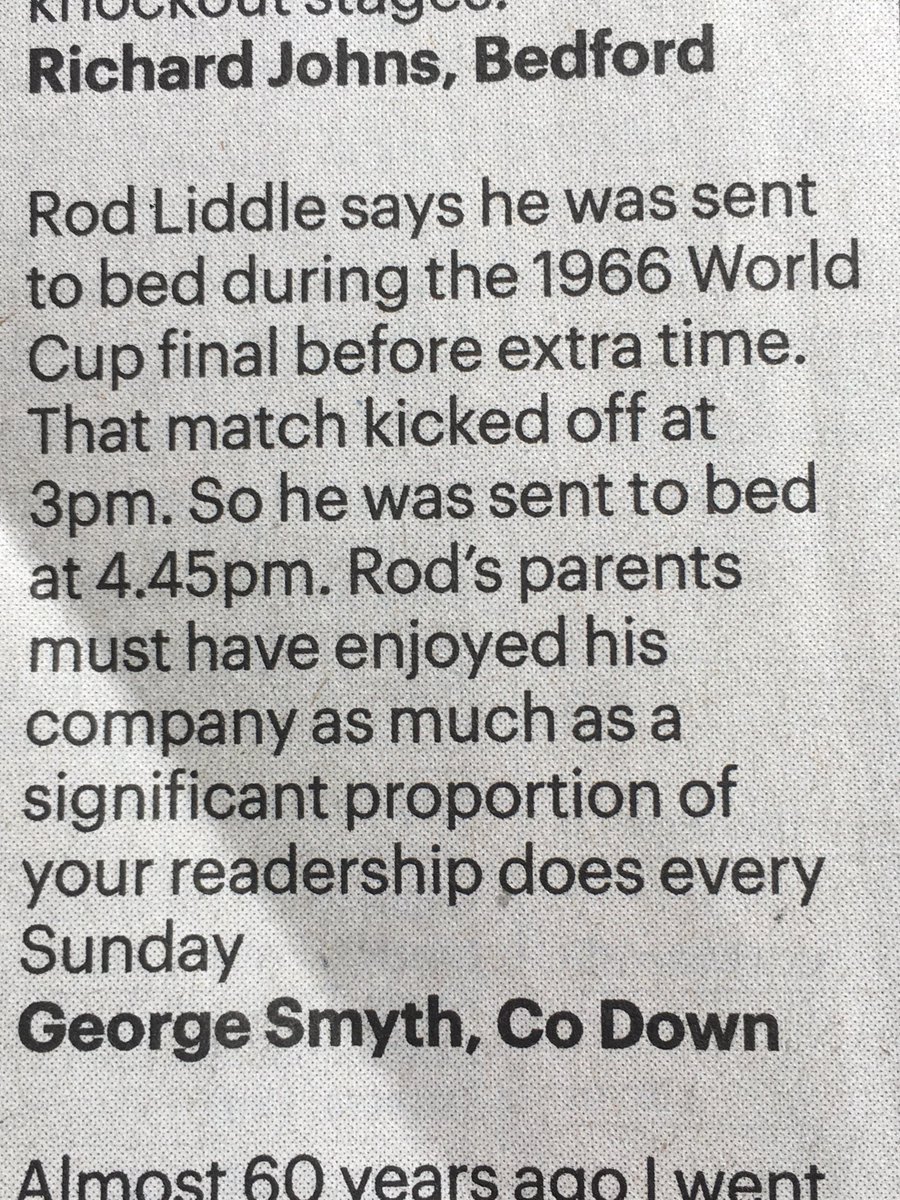 spoonman, AOB liked this
Others?

Reply
Return to “Rightminds & Columnists”
27 May

One person who I haven't seen give any opinion o[…]

That's a speshul one for speshul people with the p[…]