Olden days were the best or summat...


roondog18, Leeds, United Kingdom, 20 hours ago
Not a M00slim in sight. Beautiful London.

SalaciousCrumb, London, United Kingdom, 17 hours ago
Better days. Grittier yes, but more vibrant and far more exciting. A new youth movement cane around every three or four years, and with it a whole new strain of music and fashion. Now most youth are mobile zombies with a dead behind the eyes vacant look and social interaction is on its way out. As for the rest of us, we sit at our desks afraid to make conversation with those sat around us for fear of inadvertently offending someone. Music, fashion, film, and almost everything else is stuck in a rut mainly due to the strain PC has put on the western world. What a mess we've made of things
+220 -11

Harry_Monk, Twenty Four Hrs From Tulsa, United Kingdom, 9 hours ago
I grew up in that era, and one thing I remember and notice from the pics...............the police had control. Look at the skins, they wouldnt dare threaten a copper or show too much lip, they would get a good hiding in the cells. The country had law and order in those days. Then the flood gates were opened by Labour, the worlds rubbish arrived, and look at what we have now. Politically correct.........no, but the truth nonetheless.
+162 -11

Bumder, Engeeerland, United Kingdom, 17 hours ago
I think they look fantastic, young English teenagers being allowed to express themselves without being labelled r@.cist
+161 -28

NorthBriton, Glasgow, United Kingdom, 20 hours ago
Looking at who walks the streets now, these were the good old days
+132 -9

Gasmask Grimshaw, Silent Majority, United Kingdom, 17 hours ago
The skins would have sorted out the non conformist gangs of you know who's that control Birmingham, Bradford and Telford if they were around today. Britain would not be divided by insular, divisive, anti British communities as it is now.
+131 -20

John, Herts, 19 hours ago
Now we have the colourless, odourless, pointless Snowflake generation.
+122 -10

I was mates with quite a few skins back in the 70s.
"I am not expendable, I'm not stupid and I'm not going outside."
(with apologies)

mr angry manchester wrote: ↑
Tue Sep 25, 2018 6:25 pm
Yes i was a Slade fan! One or two skins at our secondary school in the early 70s, not bad lads. Skinheads seemed to become racist and right wing in later years.

The original skins loved their ska and that Nazi shite didn't barrel in until the rise of the NF, around '76 or '77. I'm reasonably pally with a couple of the lads from Cock Sparra, and they effectively had their careers stolen from them by skins and have only recently - well, last five years or so - started touring again. They go out for tremendous money, mind

Boiler liked this
Jack believed in the inherent goodness of humanity, and felt a deep social responsibility to protect that. Through us all, Jack marches on.

I even remember the NME announcement of Slade's transformation, and being utterly underwhelmed by it.

I was a Mod, loved the music but not the look.
Mene, mene tekel upharsin, Johnson.

The Mail used to pride itself on it's middle class credentials, but it seems to be abandoning the middle class as wets and embracing working class thuggery.
"There ain't nothing you fear more than a bad headline, is there? You'd rather live in shit than let the world see you work a shovel."

Boris 4 PM, London, United Kingdom, 3 hours ago
I remember people queuing for the bus in London. Now they all bundle on like wild animals pushing and shoving each other. London is an absolute disgrace now.
+283 -24

Longshanks, London, United Kingdom, 26 minutes ago
Funny what you notice straight away INIT !!!!!
+38 -3

mikey1972, Bristol, United Kingdom, 48 minutes ago
So we have evolved from a time where crime was at a low, the odd knife crime, the odd robbery, to a time where someone is being murdered on a daily basis, streets of London unsafe and I just can't quite put my finger on why its changed so much lol! Picture 8 might have the answer!
+85 -3 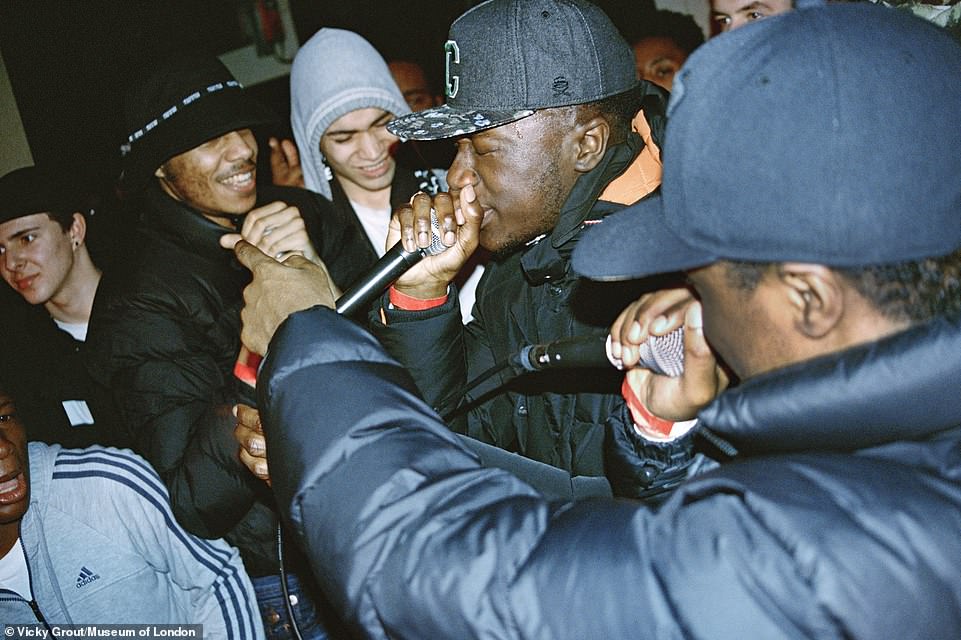 Also, on the Bovver Boys article, I'd just like to point out that SalaciousCrumb, who laments 'phone zombies' and the fall of social interaction, has over 2,400 comments on the Mail website. Maybe be the change you want to see, yeah?

When west London was quiet, Stonehenge was a pile of fallen stones and the horse and trap were king: Fascinating photos show how different UK looked to the Victorians

Comments from the usual fuckwits.

Take me back to the sixties .....when we wasn't a United Nations country

https://www.dailymail.co.uk/news/articl ... rians.html
They fuck you up your mum and dad,
But not as much as Brexit will.

When London really was swinging! Naked hippies, Mods and miniskirts star in fantastic collection of photos from the psychedelic 1960s

https://www.dailymail.co.uk/news/articl ... l#comments
They fuck you up your mum and dad,
But not as much as Brexit will.

-  Wed Dec 05, 2018 12:37 pm #560802
My dad was a rocker (in that he had a motorbike and liked the Stones) in London at that time. He always said it was quite dirty and boring in Kensington where he lived. The sixties, he would say, happened to a few rich kids in Westbourne Grove, and a few scared shitless rent boys around Piccadilly.
"There ain't nothing you fear more than a bad headline, is there? You'd rather live in shit than let the world see you work a shovel."
Others?

Strongly suspect that the 60s happened to about 50 people, all of whom lived in a small area of west London and went on to work in the media.
Andy McDandy liked this
Were going to hell in a handcart, you couldn't make it up!

-  Wed Dec 05, 2018 3:05 pm #560818
On that front, read Fast and Louche by Jeremy Scott sometime. There's a lot of it seems mad enough to stretch credibility, but for that same reason, you'll wonder how he could've made it up.
"It is the duty of a newspaper to comfort the afflicted and afflict the comfortable."

-  Wed Dec 05, 2018 3:17 pm #560819
See also 1977, when memory would have you believe that Britain was in the grip of the punk rock revolution. The reality is that most kids were into the same vacuous pop they always have been and most of the rest had long hair, flares and a Genesis album under their arm.
mr angry manchester, Watchman, oboogie liked this
We've got democracy! Who needs solidarity?

I do wonder if they're trying to compete for some […]

What did the General Secretary actually rule was[…]