Fawning over the royal family

Prince Philip WAS dazzled by the sun: New photographs show difficult driving conditions at junction where Duke of Edinburgh had his crash
https://www.dailymail.co.uk/news/articl ... crash.html 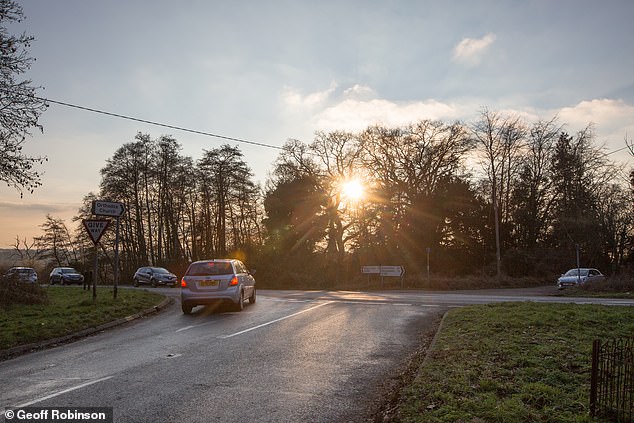 Rorschach, Leicester, United Kingdom, 15 hours ago
The sun is in front of you. You come to a complete stop. Turn to look for in coming traffic and shield your eyes with your hand. If you are unsure DO NOT pull out. Only pull out when you are entirely sure it is safe to do so. He's guilty of dangerous driving and should be prosecuted.
+1957 -82

juno1944, Manchester, United Kingdom, 15 hours ago
Absolute nonsense. If he stopped at the junction and the Sun was straight ahead, then checking for oncoming traffic either from the left or right, means that either his left ear or right ear would be facing the Sun. NOT HIS EYES. Stop making excuses for this selfish old man.
+1574 -120

-  Mon Jan 21, 2019 11:21 am #564429
I had the same reaction. It doesn’t look as if the sun would have bothered anyone driving out of the minor road. It looks as if the tree would have blocked the sun. And the photo was taken from a higher point to the right.
They fuck you up your mum and dad,
But not as much as Brexit will.

In what may be seen as a push for a softer Brexit, the heir to the throne will point out that the two nations have transcended years of conflict to become friends and partners.

And he will say he hopes any future relationship stays strong for the sake of young people today and generations to come.

The Truthseeker-, Somewhere, United Kingdom, 17 hours ago
The Royals really should stay out of politics. If he is really pushing for a softer Brexit as a member of the establishment, it will do him no favours. The people voted in the biggest referendum ever held and are still waiting for a real Brexit, not a half in, half out deal.
+720 -19

Snowy the Goldfish, Southampton, United Kingdom, 17 hours ago
So now the royal family would rather give in to the EU instead of making our proud country great in its own right. Shame on you.
+830 -23

Oh dear. I don't think we'll be seeing any fawning over Charles for this:

R4Today was sniveling over this post Brexit diplomatic masterstroke this morning. As a wag on Twitter put it; The English are just Germans who haven't learned their lesson.
Last edited by youngian on Tue May 07, 2019 4:06 pm, edited 1 time in total.