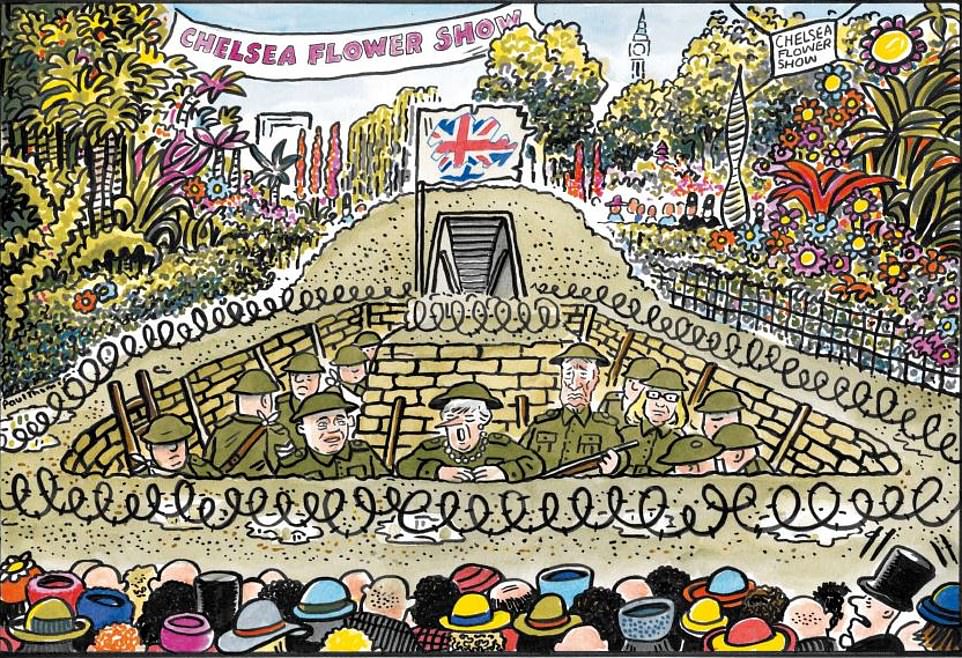 'The judges said it's more of a trench than a garden...'


Stevo, Chester, United Kingdom, 1 hour ago
This is pathetic. Who on earth thinks any of this guy's cartoons are funny? They are consistently awful. Not worthy of media space. No wit, sarcasm, observation, caricature, no nothing. Dull.
+12 -7

Nothappyaboutthis, Utopia, Kyrgyzstan, 49 minutes ago
Hands up anyone who understands this cartoon. It has no relevance and isn't in the slightest bit amusing. Seems like this guy is more bothered about his drawings than making a significant point. How much longer DM?
+5 -0

'The judges said it's more of a trench than a garden...'

Well, the judges are right. It definitely is more of a trench than a garden. Wonder where the joke is?
"The opportunity to serve our country. That is all we ask." John Smith, Leader of the Labour Party, 10 May 1994.

Likewise, is that Javid or IDS?
"It is not enough to succeed. Others must fail." - Gore Vidal.

Like the Dulux colour chart.
Abernathy, Son Of Hand, Amazonian liked this
What duck?
Others?

No I haven't a scooby what sort of fortification that is.
Maybe the bit in the middle protects that lectern that she used to set up outside #10 - back in the days before her inverse Midas syndrome achieved a 50 metre range.

No idea what that passageway behind is either.
* It might be the down partner of the giant escalator that David Niven went up.
* It could be a waste disposal unit.
* Or the gaping maw of hell.

If it's supposed to be a World War 1 trench dugout, then it's a German one.
And it's supposed to start off inside the trench.
The educated differ from the uneducated as much as the living from the dead. Aristotle 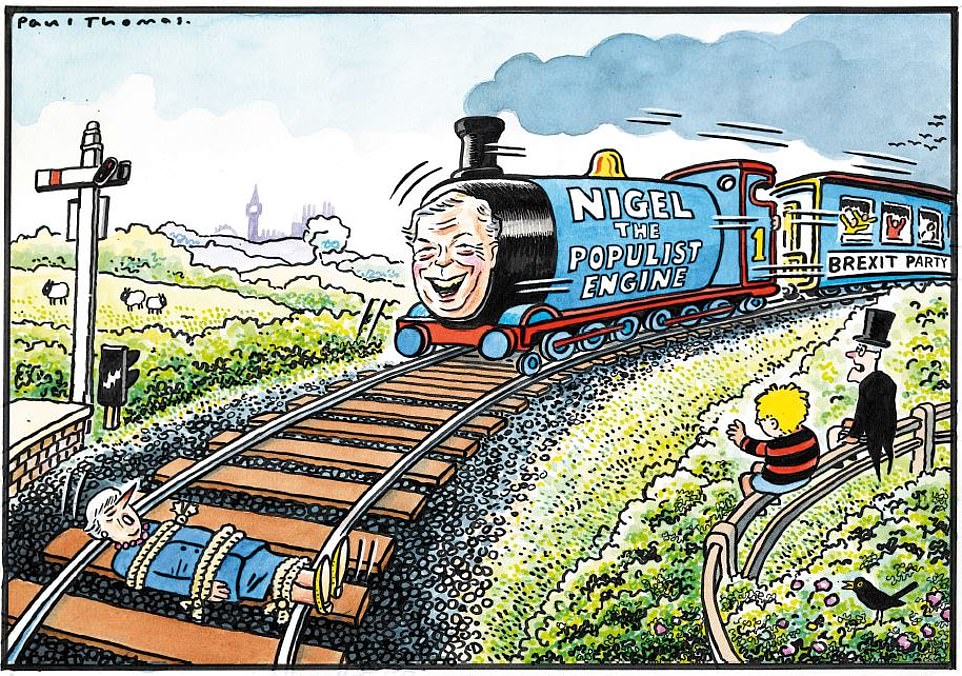 Jenny Ross, Southampton, United Kingdom, 3 hours ago
I don't like the word 'populist' - sounds a bit left wing to me - what's wrong with 'popular'? Either way - a terrible cartoon, not even satirical.
+28 -4

JammyJamaican, Lets put United back into a, United Kingdom, 2 hours ago
Isn't populist just a phrase used by progressive liberals who feel threatened by views that differ from their own. When does populist become mainstream.....?
+16 -1


*I was going to go with 'Thomas the Wank Engine' or 'Stay at home and play with your train set, Thomas'.
The greatest Hamlet of his generation, reduced to this.

-  Wed Jun 05, 2019 11:29 am #576966
I don't think a huge amount of thought went into this. Unless Corbyn has some sort of past history with flies I don't know about then this seems to lack depth, to say the least. Unless Paul is making a subtle reference to flies buzzing around a pile of shit, which I doubt. 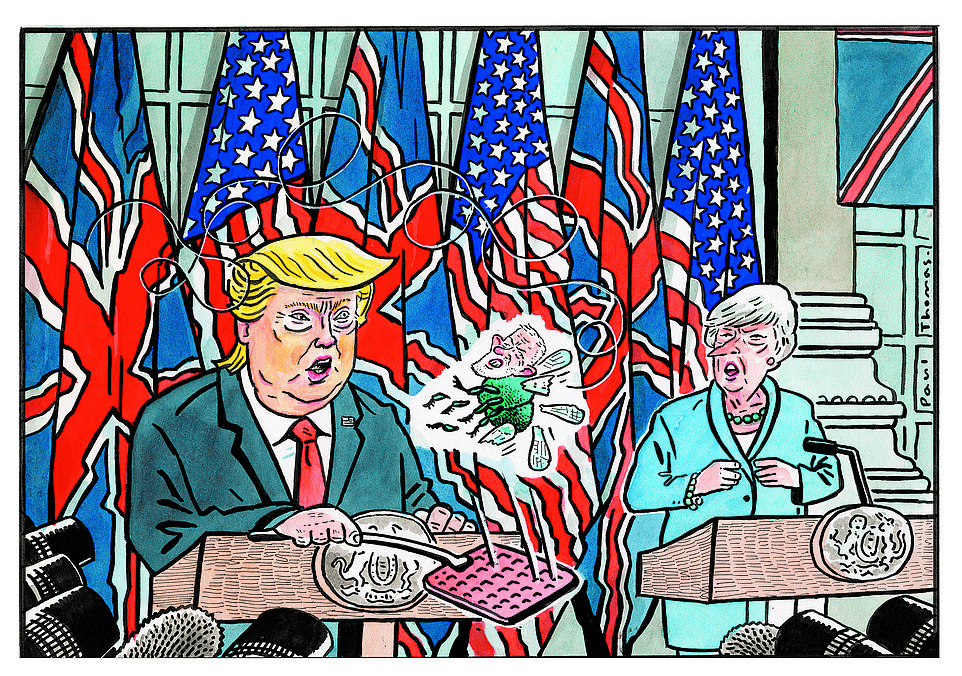 *Japanese TV adaptation of "Journey To The West", broadcast in a teatime slot on the Beeb in the eighties, M'lud.
Amazonian liked this
I'd rather shoot Paul Dacre than anyone else in the country- Colin Dexter. A direct quote from the Radio Times m'learned friends


As ever, I'll remind you that two efforts were thought even worse than this crap offering.

Carry on, chaps.
Amazonian liked this
The greatest Hamlet of his generation, reduced to this.


Behind what, something from Lalo Schifrin?

I see George has vaulted from Lexit to Kipperism […]

You just know Vic’s a graduate of the Univer[…]

That is AfD luminaries' Twitter in a nutshell, tod[…]

WITH crushing predictability, EU officials are re[…]