A veritable queue of royal correspondents, commentators and former lackeys all clearly making shit up as they go along.
Much in direct contradiction of yesterday's statements by the Princes and the Queen.

Then, star of the morning, an injured former soldier who served with Harry in Afghanistan, and now works with him on the Invicta games.
This one guest brought some insight, some actual knowledge, beyond bland statements.
He also poured a bucket of cold sick over the idea that "They can only earn a living by going on Oprah".

One guest worth several hundred of the court lackeys who pop up to shape these stories.
The educated differ from the uneducated as much as the living from the dead. Aristotle

They're just going to continue running with the narrative and trying to fit photos and 'sources' around it, aren't they. 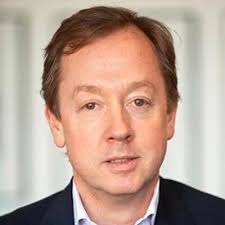 Ma*l Editor's Face Of Desperation
Kreuzberger liked this
The Red Arrow is currently appearing in 'Stop it! You'll go blind.' at The Witham, Barnard Castle.

-  Tue Jan 14, 2020 1:08 pm #595147
I hope Meghan and Harry's new found freedom means they can do more of this! Yesterday with the statement calling out the lies about Harry accusing William of bulling and again today.

The Mail this morning were gleefully reporting that The Queen 'barred' Meghan from joining the summit via teleconference. Within hours another lie is slapped down from the horse's mouth:

More of this, please! Call them out publicly whenever they lie. Do it every single time. I can see where this is headed now, though..."Stop making public statements and shut up!!11" The Sun Says...

Endless endless endless asinine waffle. All of it meaningless. None of it interrogated, because when it is, boom, the entire manor house of 'tradition' and 'nobility' and the people's relationship with the royalz is revealed to a fucking hovel of projection and prejudice. Why the fuck does anyone want to live in it? Will never know.

Sadness in his eyes
I could never die, I'm Chuck Norris.
Fuck the Government, and fuck Boris.

Intellectual property lawyer 'trademarks Sussex Royal brand in America to teach Harry and Meghan a lesson about having a proper plan'
https://www.dailymail.co.uk/news/articl ... erica.html


Jared Fogelson, from Los Angeles, filed to own the brand on digital platforms on January 8 after finding - to his shock - that the name was still available.

A trademark application in the US in Fogelson's name claims ownership to the Sussex Royal brand for 'communications by computer terminals, transmission and delivery of video, and data via the internet and wireless networks'.

However, Harry and Meghan's team will soon be teaching Fogelson a lesson - because they filed an application for 'Sussex Royal' with the World Intellectual Property Organization on December 31 - a full week before him.

The application covers everything from branded pencils to charity fundraising and social care services in Australia, Canada the EU and US.

While the application is still pending, it would almost certainly supersede Fogelson's application with local US authorities.

A new shibboleth for the cunts.
The educated differ from the uneducated as much as the living from the dead. Aristotle

cycloon wrote: ↑
Tue Jan 14, 2020 1:31 pm
I feel like the Royals are one of the best examples of the disconnect people have between their discourse and reality.

Endless endless endless asinine waffle. All of it meaningless. None of it interrogated, because when it is, boom, the entire manor house of 'tradition' and 'nobility' and the people's relationship with the royalz is revealed to a fucking hovel of projection and prejudice. Why the fuck does anyone want to live in it? Will never know.

My old pal Dave wrote his Psychology doctorate on parasocial relationships.
The types of folks whose imaginary friends are soap characters, TV characters or royalty.
He landed his first academic teaching job and published a paper about Princess Diana a few months before she died.

Then you have the sea of flowers, teddy bears and the inflatable ET toy.
Devastated people vox-popping about how their one way relationships with her.
Tony Blair's queen of hearts and torches and pitchforks outside the palace because of some fleg nonsense.

Dave suddenly became an overnight star among the intelligent press.
They all wanted to run articles on his insight into this new phenomenon, and Dave was one of very few who could explain it.
It culminated with a serious interview on BBC radio, which was public enough to reach the ears of the tabloids.

Next day page 2 or 4 of the Sun blared out "The most hated man in Britain - bonkers boffin says we're all nuts".
He even got the press pack camped outside his front door.
Except they had a former address, which was bloody funny.

Anyhow, we're back on the parasocials again.
Every oxygen thief is out telling us what the whole royal cast think.

Let me tell you a secret.
They're spinning a yarn from start to finish.
Kreuzberger, Projective Unity liked this
The educated differ from the uneducated as much as the living from the dead. Aristotle

Sadness in his eyes

FTFY
The educated differ from the uneducated as much as the living from the dead. Aristotle
Others?

-  Tue Jan 14, 2020 9:20 pm #595217
Yes, the yar we construct around the royals - the perfect family (hah!), mouthpiece of the country (pfft!), keepers of tradition (shyeeah...), the unifying force (chinny reckon) - is all a distraction away from their real purpose, which is to make sure we don't have to elect some president or other.
"I've tried to think of something clever to say about Rod Liddle, but I think he's just a cunt."

Nothing from my MP (who is instead pondering on Tw[…]