-  Thu Jun 16, 2016 8:33 am #461522
'Noisy' Union Jack lowered by council after just ONE resident complained about it flapping in the wind
*Locals reacted angrily after council was forced to remove a Union Flag
*The brand new flag was raised by Totnes Town Council at civic hall
*Locals say it helped to ignite patriotic pride ahead of the Euro 2016
*But one killjoy resident complained the flag was making too much noise
http://www.dailymail.co.uk/news/article ... -wind.html


At the meeting, it was pointed out that the flag was only flown on special occasions and suggestions were made that if a flag was to fly over the council-run hall on a permanent basis it should be the town's own colours.

The councillor who took it down, Ben Piper, said: 'It has never been customary to fly the Union Flag over the Civic Hall constantly.

'Somebody did have a moan about the flag and it was drawn to our attention that it was still up.'

Common Bloke, London, United Kingdom, 4 hours ago
The Union Flag might offend certain people. Let's replace it with a white sheet. Much more appropriate for the Remain camp.
+291 -11

Barry Badger, Adelaide, Australia, 5 hours ago
Don't suppose we know the origins of the person who complained? Vote Leave.
+201 -7

Not sure, Barry. What'd you reckon?

Ah, not precisely. Look at the slope there and tell me all they needed was "a simple ramp"


The story has disappeared off the site. I wonder if they finally realised it was bollocks?

-  Tue Feb 14, 2017 4:47 pm #495316
Sorry, who won the referendum? Council puts up signs in KILOMETRES around town which voted for Brexit
Forty-five signs erected around Burnley park showing distances in kilometres
It has caused uproar among residents, with the majority voting for Brexit
Signs designed to encourage exercise around Brun Valley Forest Park

Managed to shoehorn the World Wars into it.

Firegem, West Country, United Kingdom, 28 minutes ago
Typical left wings who made those signs. Paint over them.
+42 -5

John Johnson, California, United States, 26 minutes ago
Pull the signs down, and vote the leftists out.
+37 -1

AsIseeit, Here there and everywhere, United Kingdom, 27 minutes ago
Is this legal?
+22 -4

WIthnail, Kendal, United Kingdom, 26 minutes ago
They should just be grateful they're not in Punjabi.
+20 -3

Not even "Made on VJ day".
The educated differ from the uneducated as much as the living from the dead. Aristotle 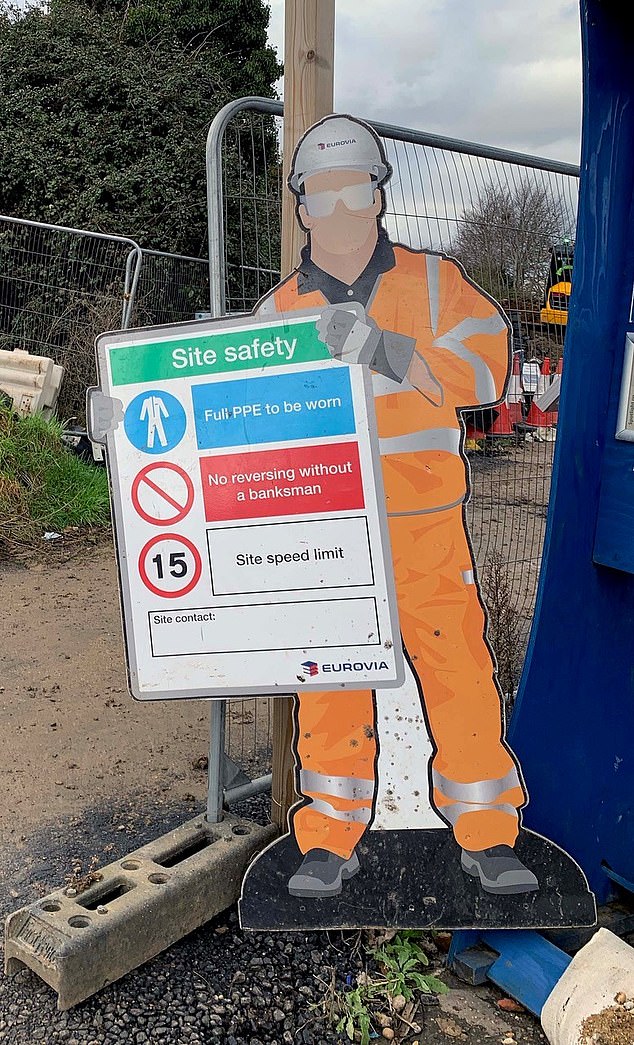 Did people actually think is was a real person and have just realised it's cardboard? They thought a real person would just stand there completely still for hours holding a a Site Safety sign? They shouldn't even be allowed to operate a vehicle, to be honest.

In all seriousness, though, the story is bollocks. They haven't provided a single example of someone actually believing the cardboard cutouts were real workers. The Mail did still feel the need to clarify it, though:


And now the long-running works - which began back in 2018 - have come under fire after cardboard 'workmen' were spotted.

The 'workmen' are in fact cutouts used to issue health and safety guidance on construction sites across the country.

As I read it the geography teacher was acting with[…]

What a bunch of twats. https://twitter.com/Selena[…]