Andy McDandy wrote:So, off we went to 6th form and on to university, and when we came back at holiday time we ran into our former classmates. They were working or whatever, but they envied us because we had gone to exciting places, and talked about things they didn't know about, and had hot girlfriends from faraway places like Ipswich, and they were sat there thinking "How come Specky McPastry has shot past me? It's not fair!".

I get your point, but the lads from my school that you accurately describe generally ended up in the army and went to places far more "exciting" than I would ever wish to visit!
"Highlander was a documentary and the events happened in real time" - Master Shake

Is Boris Johnson a time-travelling Tory transvestite?
That's not... No. Surely not. It can't be. That's not a picture of Boris Johnson wearing ladies' underwear in the 1890s is it? http://www.mirror.co.uk/news/uk-news/bo ... ry-7863211" onclick="window.open(this.href);return false;

No, it's Rod Liddle 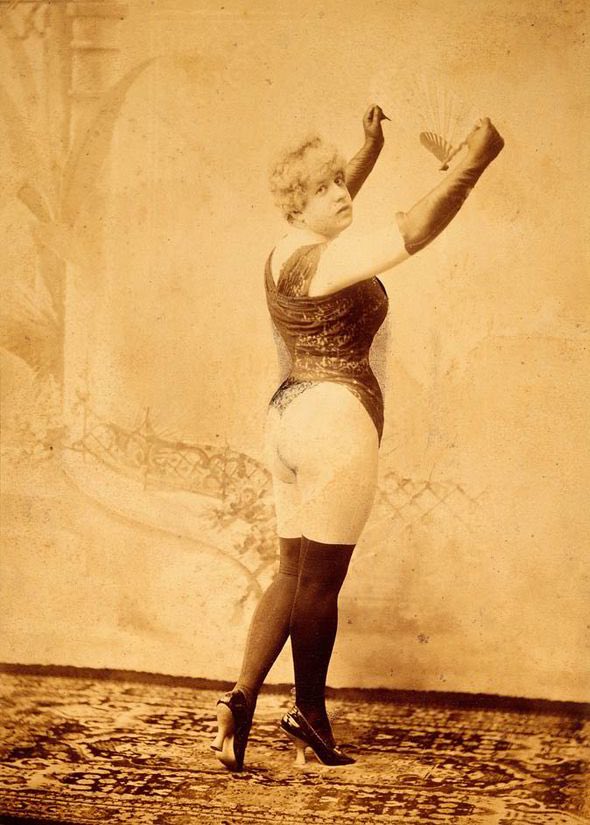 You could fit three John Prescotts and a horse inside it.

The shirt, which could double as a marquee for garden parties, has a remarkable 64in chest and a 20in collar.

I don’t know if it was modelled on a catwalk by some blubbery gut-bucket — a specially reinforced catwalk made of tungsten.

Some oaf the size of one of the Channel Islands wheezing his way along with a bacon double cheeseburger in one hand and a vat of Coke in the other.

I think I’d have paid to see that.

I have tried the shirt on, though.

I was swallowed whole.

Debenhams says it has launched the new size as a result of customer demand.

Frankly, it’s a wonder someone that size could make it into the shop.

But the store reckons there’s been a 170 per cent increase in people buying extra-large items of clothing inside two years.

That sounds about right — the UK clothing market for extra-large sizes now stands at a groaning £2.1billion.

This is because one in four of British adults is obese — and scarier still, one in three children up to the age of eleven is obese or overweight.

There are reports of kids as young as two being admitted to hospital for weight-related conditions.

It’s the one area in which Britain still rules the world.

Why are people so obese? The lefties blame the food manufacturers for putting too much sugar in their products.

But the doctors have been told they have to be nice to fat people and assure them it’s not their fault they’re the size of a pregnant elephant that has just taken part in an eat-as-many-donuts-as-you-can contest. We mustn’t “stigmatise” the blubber-guts.

And that approach is making the whole problem a lot worse.

Because there SHOULD be a stigma in being morbidly obese.

Who else should be stigmatized Rod. What about racist journalists or men who beat up their pregnant girlfriends?
http://tiny.cc/tqugax


It’s the one area in which Britain still rules the world.

Except it's not, because as 30 seconds of research would show, the UK is only the 43rd most obese nation. But who cares, he has a point to make

As for the sugar furore, The Mail have latched onto that and run numerous articles about how terrible and deadly sugar is. I'd hardly call it a Lefty thing.

Load of bollocks based on made up shite which he hopes his readers will just believe, as usual. Piss off, Rod.

Safe_Timber_Man wrote:Since when have doctors been told they're not allowed to tell their patients they need to lose some weight, along with some advice on how to do it?

Certainly no-one's told my doctor that...

What about all those letters that so upset the pearl-clutchers about obese 7 year olds that get sent home and are passed on immediately to the Mail?
Do what you can, with what you have, where you are.

Safe_Timber_Man wrote:Since when have doctors been told they're not allowed to tell their patients they need to lose some weight, along with some advice on how to do it? He's just made that up.

As for the sugar furore, The Mail have latched onto that and run numerous articles about how terrible and deadly sugar is. I'd hardly call it a Lefty thing.

Load of bollocks based on made up shite which he hopes his readers will just believe, as usual. Piss off, Rod.

-  Thu May 19, 2016 12:19 pm #458342
Presumably also so he could claim "as a loyal Labour member I can say *stuff not very lefty*" or hoping to become a martyr at getting kicked out for being a right-wing bore. As it turned out he got kicked out for being a racist prick, so good job all round.
I could never die, I'm Chuck Norris.
Fuck the Government, and fuck Boris.

-  Thu May 19, 2016 12:22 pm #458343
See also - Dan Hodges, Simon Danczuk etc. Countless articles on the theme of "What has happened to the party I loved?". Funnily enough they never felt compelled to write much when the party was doing stuff they liked.

It also gives the right-wing rags the ability to say that they're balanced - after all, they give space to Labour people!
"I've tried to think of something clever to say about Rod Liddle, but I think he's just a cunt."

-  Thu May 19, 2016 2:25 pm #458347
Liddle's media persona is carefully crafted and he's more capable of morphing than Littlejohn or MacKenzie. But the Sun and the Mail pays better than the New Statesman. A Boris type chancer in fact.