The sunset shots I put up in the 'walks' thread often feature a long shed in the distance. It's the largest covered stoneworks in Europe, where British and Commonwealth war grave headstones - new and replacement - are cut and carved. I keep meaning to pop in for a chat.

Starkey said Britain is now under 'poppy fascism' and Remembrance is 'crazy'
Historian, 74, said Britons are required to prove they are remembering dead
Also slammed MPs as most of them 'aren't good enough' and 'don't deserve pay'


The 85-year-old singled out immigrants for not wearing poppies.
Canadian ice hockey commentator Don Cherry has caused controversy for complaining that he rarely sees people he believes to be new immigrants wearing Remembrance Day poppies.

Speaking on the Hockey Night in Canada show, the 85-year-old singled out Toronto immigrants for not wearing poppies.

"At least you can pay a couple bucks for a poppy," he said.

Many have called Mr Cherry's comments offensive and factually incorrect.

What did he say?
"You people... you love our way of life, you love our milk and honey, at least you can pay a couple bucks for a poppy or something like that," Mr Cherry said.

https://www.bbc.co.uk/news/world-us-canada-50367727
This age thinks better of a gilded fool / Than of a threadbare saint in Wisdom's school - Thomas Dekker c1598 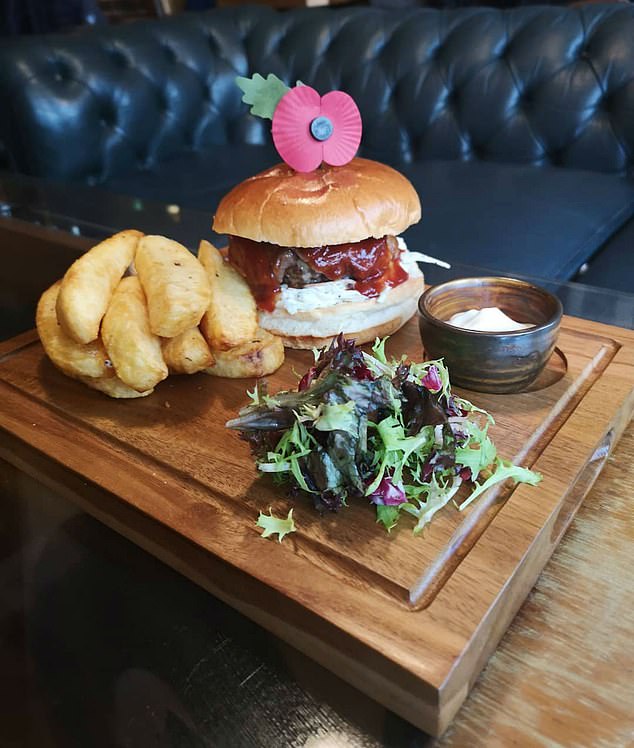 Bush fae Grimsby, Edinburgh, United Kingdom, 3 hours ago
It is not cashing in! It is showing respect! Come on DM, try harder
+108 -4


The meal is being marketed by the bar as part of Armistice Day commemorations.

It was during that period he was performing a few stiff right arm salutes, if I recall.
'If there's anything more important than my ego around, I want it caught and shot now". Douglas Adams.

< Hurriedly changes Spotify to a quick blast of Station to Station >
Jack believed in the inherent goodness of humanity, and felt a deep social responsibility to protect that. Through us all, Jack marches on.

Safe_Timber_Man wrote: ↑
Mon Nov 11, 2019 4:07 pm
Restaurant is slammed for 'cashing in' on Armistice Day after it brought out a 'Lest We Forget' burger that comes with a poppy pinned to the bun
https://www.dailymail.co.uk/news/articl ... e-Day.html

What does it take for people to look beyond 'Oh they stuck a poppy on something, it's respectful'?

If someone stuck it on some shit, they'd get it. But stick it on a burger and it's 'respect'. Riiiiight.

Bush fae Grimsby, Edinburgh, United Kingdom, 3 hours ago
It is not cashing in! It is showing respect! Come on DM, try harder
+108 -4

-  Tue Nov 12, 2019 12:02 am #590273
I think that serving it on the Unknown Warrior's coffin lid was taking the reespek a bit far.
The educated differ from the uneducated as much as the living from the dead. Aristotle

Too many more to link on
Poppy® Watch
‏ @giantpoppywatch today.

-  Tue Nov 12, 2019 5:39 am #590277
As Steve from Glasgow intimated in the comments, Poppy Day has become a competition to see who can be the most respectful.
We've got democracy! Who needs solidarity?

You see Marc Francois extending a chubby paw to grab a crumpled pile of US dollars.
The educated differ from the uneducated as much as the living from the dead. Aristotle

davidjay wrote: ↑
Tue Nov 12, 2019 5:39 am
As Steve from Glasgow intimated in the comments, Poppy Day has become a competition to see who can be the most respectful.

A competition of whom can "virtue signal" the most among those whom accuse everyone else they don't like of "virtue signalling" in their faces.
Boiler, Safe_Timber_Man, Cyclist and 1 others liked this
Currently listening to: "I hate myself & want to die" by Nirvana
Now part-time on Tw*tter @spoonyfrommwf

This last few hours, as I sit in the rural peace a[…]

But the thing is, de Piffletwat would never had sa[…]

I'm sure someone is mechanising the dispatch of ex[…]

Actual US senator, during an actual Senate committ[…]