All the delegates wearing normal poppies, nothing knitted, blingy or gigantic.

Brenda had 5 - so wins obvs.
2nd place to the Dutchess of Cambridge with three.
The educated differ from the uneducated as much as the living from the dead. Aristotle

Cyclist wrote: ↑
Wed Oct 21, 2020 4:52 am
I suppose it'll be like Clap for the NHS. A chance for tossers to show how 'remembrancy' they are. And at 5 past 11 local faecesbook groups across the country will be full of cunts saying "Those in number 23 didn't come out" and "Number 17 raised his head after 1 minute and 53 seconds" etc. All poorly spelled and punctuated, of course.

I was right! Thirty-five posts so far, nearly all of them moaning about the poor turnout.

I need a new irony meter.

These are the same people who accuse others of virtue signalling at every opportunity.

-  Sun Nov 08, 2020 2:00 pm #629581
Personal thing; but I felt the Cenotaph event was more dignified than normal, maybe the lack of gawking spectators
Also, wonder how much of an issue The Scum will make of de Piffle not combing his hair
The world is not full of arseholes; but I always seem to encounter at least one a day!

-  Sun Nov 08, 2020 3:21 pm #629587
I don't doubt the BBC will be able to slip in some more archive footage of him looking neater before too many people notice.
"It is the duty of a newspaper to comfort the afflicted and afflict the comfortable." 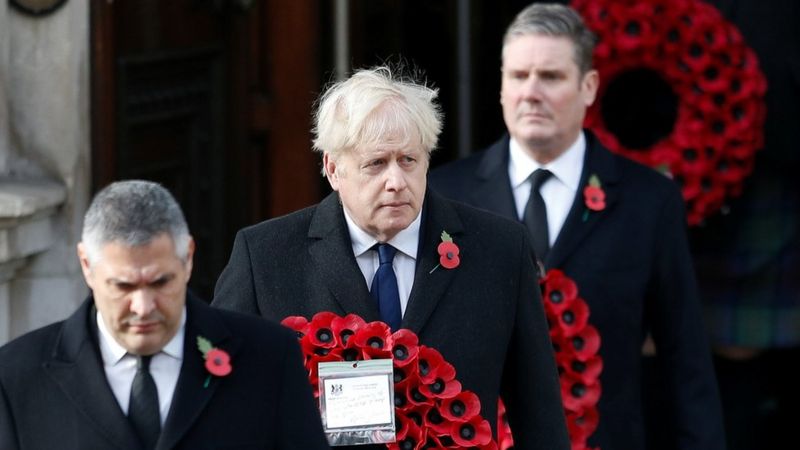 No doubt the Purity League will bang on about a quiff.
"I am not expendable, I'm not stupid and I'm not going outside."
(with apologies)

Cyclist wrote: ↑
Wed Oct 21, 2020 4:52 am
I suppose it'll be like Clap for the NHS. A chance for tossers to show how 'remembrancy' they are. And at 5 past 11 local faecesbook groups across the country will be full of cunts saying "Those in number 23 didn't come out" and "Number 17 raised his head after 1 minute and 53 seconds" etc. All poorly spelled and punctuated, of course.

I was right! Thirty-five posts so far, nearly all of them moaning about the poor turnout.

I need a new irony meter.

These are the same people who accuse others of virtue signalling at every opportunity.

They'll be more focused on Starmer's bow being a couple of degrees off the required reverent deepness.
You made him a poacher yourself, Squire
When you'd give not the work nor the meat
And your barley-fed hares robbed the garden
At our starving poor little one's feet

No doubt the Purity League will bang on about a quiff.

The PM looks more worried than worried Starmer. Bet he's not worrying about the press accusing him of disrespect for looking like Worzel Gummidge at the Cenotaph. Because he's a character.

Spike made this and put it in the front window.

On the one hand the 2 world wars are 3 generations gone.
Most who remember them will have been children at the time, remembering older relatives serving.
It was noted at D-day 75 how few "old comrades" remained to participate.
I was quite happy with the more sparse presentation at this years Cenotaph, though I understand a number of current and former ex-Servicemen were unhappy at being "Banned".

I'm keen on history, and think the date does serve some useful purpose.
* Remind the nation of some key events (hopefully without the whole Faragist veneer one sees on twitter).
There are some fundamental lessons, especially form WW2, easily lost in the whole "Italian Tanks and
Dambusters" populist narrative. This is an opportunity ot hear the words of ordinary soldiers from our
recent past.
* Maintain the link between an increasingly civilian UK and its armed services.
It's a valid job, and one that's been shat on by Cameron and his successors.
There are real issues about veteran homelessness, depression, PTSD and suicide that a civilised nation
ought to be addressing.

From a personal perspective, I've a few people way up the family tree who I can remember at this time.
Some came home and lived long enough to exist in my memory.
Others were lost in combat, but I can reflect on the gaps and hardship their loss left behind.


Perhaps most of all, it's a reminder that total war is a terrible thing, a last resort when every attempt at diplomacy has failed.
mr angry manchester liked this
The educated differ from the uneducated as much as the living from the dead. Aristotle
Others?

It'll be as relevant to the population of 2100 as Crimea or Trafalgar is to us. Will the day continue?
"He's the leader of the gang. He's the top, he's the tip, he's the championship. He's Top Cat. And he's scum!"

It'll be as relevant to the population of 2100 as Crimea or Trafalgar is to us. Will the day continue?

Whilst it's true that the level of interest will diminish as the veterans and their children pass away, there are significant differences between WW2 and the Crimea and Trafalgar
Scale and impact - the Napoleonic wars reshaped Europe, WW2 reshaped the world.
Participation - Only a small proportion of the British population was involved in Crimea and Trafalgar, WW2 affected everybody.
Proximity and tangible evidence - in Britain you are never very far from a pillbox, a WW2 museum or an incongruous 1950s or 60s building in an area dominated by much older ones. Crimea and Trafalgar happened a long way away and the evidence is significantly less.

Lastly, and probably most significantly, the resources - there are millions of hours of video and audio recordings of WW2 and interviews with the participants, this makes life a lot cheaper and easier for programme makers. There's not so much as a still photo of Trafalgar.
Last edited by oboogie on Mon Nov 09, 2020 3:54 pm, edited 1 time in total.
Bones McCoy, bluebellnutter, mr angry manchester liked this
That subtle admixture of the absurd and the surreally plausible...
Others?

-  Mon Nov 09, 2020 2:50 pm #629660
Good points about WWI and subsequent conflicts being covered by mass media as we would recognise it. However, I would argue that the Napoleonic wars reshaped not only Europe, but the world in that the resultant unfettered British colonialism, the rise of Latin American independence movements and the Louisiana purchase might not have happened. Indeed, in some circles, the Seven Years War is referred to as the real First World War, such were the global theatres and conequences of the conflict.
youngian liked this

-  Mon Nov 09, 2020 3:23 pm #629662
The fact remains that the two world wars are the only two wars in this country since the Civil War which have dragged ordinary people in the UK into them, and shaped the country we lived in directly. There are still (and likely forever will be) gaps in terraces where no.40 and 44 were spared the bomb that dropped straight down no.42s chimney. For all the conflicts before or since (from Waterloo to the Falklands, Iraq to the Crimea) they have always been "over there". Some other poor sod had to clean up the mess afterwards.

My concern is not whether it will continue or not, but the mood which surrounds it. While we have had the veterans the mood (at least of the day) has always been sombre, listening to them talk about the friends who never came home. But as we slowly lose them, I worry what will overtake it will be the festival of jingoism it should never become. We're already seeing it, I know several of us follow Giant Poppy Watch on Twitter and see people setting up "decorations" in their gardens and the like. I think we've seen it creeping in, a few years ago all you saw was people with the same, paper poppy pinned to their coats as they went around their business. Now towns have silhouettes of soldiers, lampposts are festooned with poppies from some point in mid-October, we have WW2 bombers dropping tonnes of them on cheering crowds, we have the ever more glitzy or enormous poppies appearing as a display of one-upmanship. It worries me that this is starting to take on an air it shouldn't.
oboogie, Boiler, Samanfur liked this
I could never die, I'm Chuck Norris.
Fuck the Government, and fuck Boris.