John Parry @jparry1975
I will not be shopping with yourselves anymore. Your grovelling apology to appease the loony lefties is disgusting. I encourage others to boycott this spineless outfit.#PaperChase

Sir Galahad‏ @TruePaladin
Utterly shocked at the number of people on Twitter siding with the forces of evil, socialism, anti-semitism and censorship. #PaperChase If you are on the same side as "Stop Funding Hate", then you are on the side of evil.

Yes Brexit‏ @YesBrexit
You ask what I think? I think you're pathetic, spineless worms for cowtowing to the lefty, 'I'm offended' wingnut rabble. You're welcome. #PaperChase

How long before #paperchase goes out of business? Look what happened to Ratners

The only common line is that both businesses called shite out as shite
Ní uasal aon uasal ach sinne bheith íseal: Éirímis

The best advertising is free.
The educated differ from the uneducated as much as the living from the dead. Aristotle

The real hatemongers: A tiny bunch of zealots called Stop Funding Hate are trying to gag Britain's free press. This exposé reveals the vile abuse and incitement to violence spewed out by THEIR supporters against Tories and Brexiteers

http://www.dailymail.co.uk/news/article ... press.html" onclick="window.open(this.href);return false;
They fuck you up your mum and dad,
But not as much as Brexit will.

The real hatemongers: A tiny bunch of zealots called Stop Funding Hate are trying to gag Britain's free press. This exposé reveals the vile abuse and incitement to violence spewed out by THEIR supporters against Tories and Brexiteers


Matthew Whibley, a blogger from Manchester who tweets as @nythe_one, recently contacted the journalist Julia Hartley-Brewer (above) to say she is a ‘knob’.

There are ample examples of Stop Funding Hate activists who have directed virulent abuse at those who led the UK’s withdrawal from the EU. Dr Vicky Forster, a research fellow educated at Durham, contacted Ukip’s Nigel Farage via Twitter shortly before the referendum to say ‘you make me embarrassed to be British’ and more recently called him ‘a scumbag on pretty much every imaginable level’

In other posts, she’s said ‘Theresa May looks like a face at the window at night in a horror movie’ who would ‘slap a toddler for a 2p coin’.


Ron is correct. And a war that no one in SFH has anything to lose as this flimsy article demonstrates.

On the twelfth day of Brexit ....
The educated differ from the uneducated as much as the living from the dead. Aristotle

-  Sat Nov 25, 2017 6:55 pm #526067
"Virulent" is an interesting word to use when addressing the hard of reading.
It's almost as through they want it to be interpreted as something different - but with complete deniability.
The educated differ from the uneducated as much as the living from the dead. Aristotle

I love how these articles always elicit a symphony of whining from the Herrenvolk.

-  Mon Nov 27, 2017 8:31 am #526175
I wasn't sure where to put this then I remembered seeing examples of Thomas Mair's reading matter that the prosecution put forward in their case against him. Mair kept clippings of the Breivik mass killing and his paper of choice? Yep, the Daily Hate. 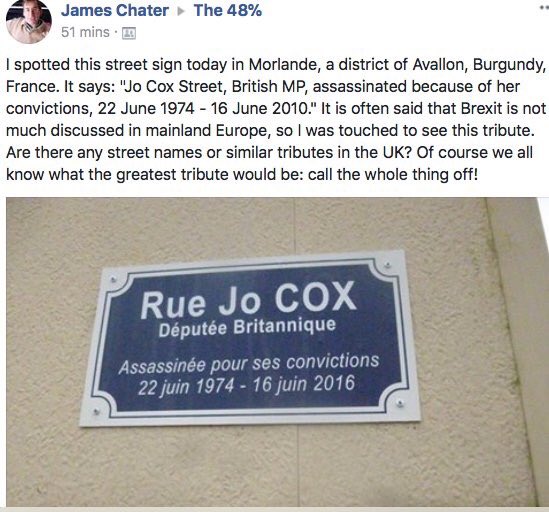 Pizza Hut has tweeted an apology after it was criticised for running a promotion in The Sun, in the latest instance of companies reacting to a backlash on social media.

The food chain said on Twitter it was apologising for “any offence caused as a result of this partnership” after giving away a pizza with a purchase of the paper.

Stop Funding Hate raised concerns that Pizza Hut was running a promotion in The Sun - one of several British tabloids the campaign group is urging advertisers to sever ties with.