Sajid Javid’s surprise announcement of a thumping rise to the Living Wage will be great news for four million low-paid workers, many of them Sun readers.

With the age threshold lowered from 25 to 21, it’s a bonus for millennials too.

Firms will fret about extra costs. That’s a minor worry next to the nightmarish burdens of a Corbyn Government. If anything we’d bring the rise in faster.

Wasn't the minimum wage going to be a nightmare for small businesses?
We've got democracy! Who needs solidarity?

Anyway, just the usual ranting and blaming everyone else:

THE SUN SAYS If Britain’s not out of the EU on October 31, the blame will lie with Labour, the Lib Dems and ex-Tory rebels

It could be the perfect, mutually beneficial Brexit agreement — with verified cures for cancer and the common cold thrown in — and it wouldn’t be enough.

Ireland has no interest in making anything work. They still think their intransigence leads not to No Deal but to a second referendum. Like many myopic Remainers, they care little for what that would do to our social cohesion.

They also seem to believe that, despite Brexit, nothing must change for them. That’s delusional. Britain voted for change. It will affect them.

Europe is used to reversing, rerunning or ignoring inconvenient referendums, as indeed Ireland did twice. Our Government is rightly determined that will not happen here.

All Boris can do, then, is plough on and show Leavers what he’s up against.

If we’re still not out on October 31 it won’t be his fault, will it?

The blame will lie with Labour, the Lib-Dems, the SNP, the ex-Tory rebels, their rogue Speaker Bercow . . . and the EU they shamefully sided with.


Some days social media is awful and and the devil and must be tackled and other days it's an irrelevance. They can't seem to make their mind up.

PRITI Patel’s vow to crush the “county lines” drug gangs is a breath of fresh air.

If we had a magic money tree, using precious police time to probe the online “hate crimes” that so obsessed Theresa May might just be understandable.

In the real world, every minute spent trawling the murky backwaters of social media is a minute wasted in the hunt for genuinely evil criminals.

So the new Home Secretary is right to put millions instead into “coming after” the wicked men and women who turn innocent children into drug dealers, as well as into cleaning up crime hotspots.

Let trolls stew at their keyboards. This is far more urgent.

Time will tell if it works. But the Tories must take back control from ­villains. If they don’t, who will?

No one believes crime would fall under “Home Secretary Diane Abbott” and Labour’s other hand-wringing idiots.

SAJID Javid made the right call over-ruling his economic adviser to speed up the ­Living Wage hike.

Yes, Governments must be cautious about the burden on business. But rolling out a pay rise over ten years would be bonkers. Sajid’s five is too slow as it is.

The Tories are finally loosening the purse strings after a decade of restraint. Unemployment is at an all-time low and the economy flourishing. They should make hay while the sun shines.

The Economic conservatives execute their playbook immaculately, yet never quite achieve the stated outcomes.
In both USA and UK, the lower middle class standard of living (Those people who stayed in school, went to further or higher education, and aimed at a career) is being squeezed by a lack of serious career employment.

Fake self-employment and the gig economy is no respected of 20 years of schooling.

Fans of the playbook will point at "corrupt" Asian or Latin American economies and their lack of a middle class.
It's all elites and peons.
They're less inclined to criticise Russian or Arabian states, through the pattern is similar.

Unfortunately the "Anglo Saxon" economies are on a similar trajectory
It's almost as though the assumptions in the playbook are broken.
The educated differ from the uneducated as much as the living from the dead. Aristotle


Those three are just the start of a long list that’s wants Johnson’s head on a plate. Its only the bottom feeder dregs with power like the Sun who have his back.

-  Wed Oct 02, 2019 10:53 am #587101
The mendacity is revolting. No mutually beneficial deal can be made because the two positions are utterly irreconcilable, and you know this, Sun, you know this along with the rest of your comrades, not least because you have gleefully helped the British position shift from 'Leave means... Leaving?' to 'Leave means No Deal and Always Has'.

Ireland has no interest in making anything work. They still think their intransigence leads not to No Deal but to a second referendum. Like many myopic Remainers, they care little for what that would do to our social cohesion.

BIB - the Sun/Brexshitters talking about Ireland threatening British social cohesion. Let that awesome bit of irony or lack of self awareness sink in for a minute.

The Irish government has no interest in getting involved in the internal political affairs of Britain, or at least in Great Britain. It's simply (a) standing up for its own sovereignty and interests, and (b) hold the UK to respect and uphold the present agreements concerning Northern Ireland - which are only being threatened with change because of the unilateral actions of the British government.

If the likes of the Sun are getting this riled up about Ireland, the only conclusion I can get is a sense of mad desperation on their part.
Oblomov liked this
Currently listening to: "F*ck You ("At least I'm honest" remix)" by The Outhere Brothers
Now part-time on Tw*tter @spoonyfrommwf

-  Wed Oct 02, 2019 2:42 pm #587115
It's the blame game. Devious foreigners, clever-clever remainers, dastardly Irish, send the SAS round.
spoonman liked this
"There ain't nothing you fear more than a bad headline, is there? You'd rather live in shit than let the world see you work a shovel."

It's OK, Marc François' got it covered. 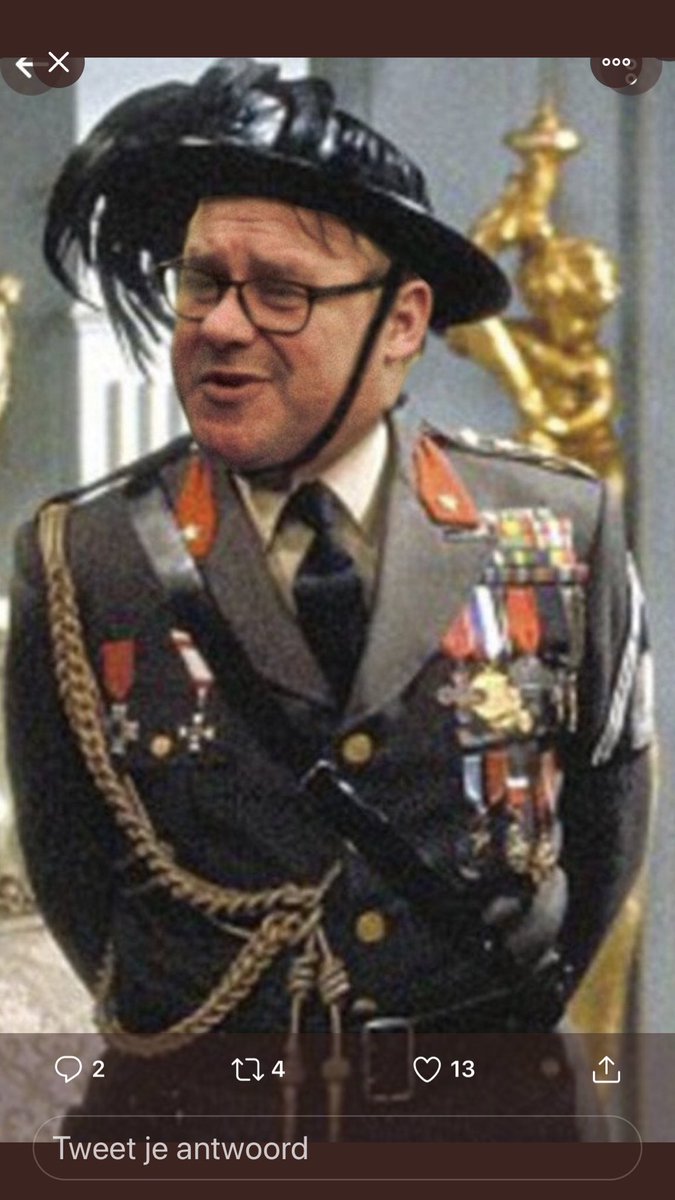 Yep, the Jekyll & Hyde twin character of aloof superiority and crippling victimhood, always willing to shout about its achievements and success' but never accept any blame or failure of their own.
Oblomov liked this
Currently listening to: "F*ck You ("At least I'm honest" remix)" by The Outhere Brothers
Now part-time on Tw*tter @spoonyfrommwf


Those three are just the start of a long list that’s wants Johnson’s head on a plate. Its only the bottom feeder dregs with power like the Sun who have his back.

Yes, the only reason we're opposing Brexit is to destroy poor old Dishonest Al.
We're behaving like bullies because ... what? revenge for shit episodes of Have I got news for you?

Or, in a rational world, could the opposition be motivated by Brexit being a shit idea without a viable implementation plan.
One that will harm our futures and further destabilize the country.
The educated differ from the uneducated as much as the living from the dead. Aristotle

Yep, the Jekyll & Hyde twin character of aloof superiority and crippling victimhood, always willing to shout about its achievements and success' but never accept any blame or failure of their own.

They've all got it infamy!!

-  Thu Oct 03, 2019 8:43 am #587154
Something the tabloids and their shitty columnists keep doing is referring to their "justified criticism" of Harry and Meghan by citing the whole private jet saga as their example.

As this thread illustrates there is a fucking hell of a lot more than that and it's more than a little bit disingenuous of them to pretend that's the only criticism they've made. If they really think that's going to save them in court they've got another thing coming. This is the internet. Their daily stream of attacks about her clothes, the way she stands, the way she sits, the way she smiles, whether she's really pregnant, how "woke" she is, her friends, her family, her motives for marrying Harry, all of these things they've attacked her over don't just disappear and you can bet Harry's lawyers have kept receipts.


So here's their feeble defence of themselves. This is allllll about the private jet, apparently.

HARRY’S war on the Press is unhinged. The Queen should have a word before he does the Royals even more lasting damage.

The Sun and others have criticised him and Meghan for hectoring the public over our carbon footprint even as we pay for them to fly around the globe and to tart up their mansion. But they had only positive coverage in South Africa.

Harry could have capitalised on that. Instead he sues one paper and savages the “double standards” of the “press pack that has vilified Meghan”.

The days when the Press tugged its forelock to the Royals are long gone. We will call out their hypocrisy when ­merited. And stories about Meghan’s controversial family are justified.

Criticism is not “bullying”. This precious pair simply need a thicker skin.

Nor was Harry’s mum Di a Press “victim”. We adored her and she co-operated with us with enthusiasm and skill.

If Harry wants to live a millionaire’s lifestyle, above criticism and with total privacy, he can.

By living as a private citizen, getting a job and earning his own fortune.

Apparently, "the Prince of Wales meets the official expenditure of The Duke and Duchess of Cambridge, and The Duke of Duchess of Sussex out of this income". "This" income of course is from the Duchy of Cornwall, as Chazzer doesn't get any from the List either.

Also, didn't he inherit several million a few years ago from his mother because he reached 30?
"He's the leader of the gang. He's the top, he's the tip, he's the championship. He's Top Cat. And he's scum!"

Own an ocean going ship for several decades - Right you are Maam.
The educated differ from the uneducated as much as the living from the dead. Aristotle

I'm reminded of a passage in one of the Flashman b[…]