-  Thu Feb 15, 2018 9:57 am #533765
Strange this royal family v Mail thing. For years and years I thought the royal family were deeply boring and completely unattractive, and the Mail readers probably loved them as a result. Introduce someone into the family who is a bit different ,attractive and intelligent, and they can’t stand it.
Were going to hell in a handcart, you couldn't make it up!

Liz and Phil are the stereotypical 1950s married couple, upright, sense of duty, prim & proper and all that. How they believe monarchs should behave because many of them have known no different and refuse to change their minds now.

Charles would have been seen as the same but for the fact he got divorced from the Queen of Hearts and then shacked up with a divorced woman(!!!).

William & Harry are more closely aligned with young people's ideas of the thing (touchy-feely, personable, dare I say "liberal" in many of their outlooks). The old ways are essentially disappearing and the Mailites cannot stand this. Just as Brexit was a last gasp power grab by the insular baby boomer types who still swallow the whole British exceptionalism because Empire thing, so those who whinge about the younger royals are pining in a similar way for the chocolate box vision of the past which never existed outside their heads.
Safe_Timber_Man, mr angry manchester, Andy McDandy and 2 others liked this
I could never die, I'm Chuck Norris.
Fuck the Government, and fuck Boris.

-  Thu Feb 15, 2018 10:22 am #533767
And don't forget they treated princess Diana as a laughing stock right up to the moment she died.
Malcolm Armsteen, lambswool liked this
"I've tried to think of something clever to say about Rod Liddle, but I think he's just a cunt."

Charles would have been seen as the same but for the fact he got divorced from the Queen of Hearts and then shacked up with a divorced woman(!!!).

Wasn't Charlie okay in their eyes until he started all that hippy, homo environmental shite? He redeemed himself with his comments on modern architecture but, deep down, he was still a wrong 'un.
lambswool liked this
Jack believed in the inherent goodness of humanity, and felt a deep social responsibility to protect that. Through us all, Jack marches on.

There have been moments, little quiet moments, when I have begun to ask myself, who the heck does Meghan Markle think she is?

Don't all shout at once. Hear me out.

Yes, love her. Yes, adore her. Yes, accept and believe her to be a breath of fresh air blowing through the fusty hallways of Windsoralia.

And yet, after four official public appearances and leaked news of two 'secret' missions of mercy to console victims of the Grenfell fire, one can't help but wonder where all this is going.

It seems far, far too early for Meghan to go into full Diana mode and unfurl any fondly imagined royal superpowers. Or to start believing that she can change the lives of troubled citizens merely by bequeathing a megawatt smile and a consolation hug around their luckless shoulders.

However, that seems to be exactly what is happening.

It is just three months since the American celebrity and Prince Harry announced their engagement. With only one Sandringham royal Christmas under her pencil belt, she is barely a stitch in the tapestry of our nation's history.

Yet, already, she is behaving like a cross between Wilhelmina the Conqueror and Florence Nightingale.

In Edinburgh this week, St Meghan of Markle clasped people to her bosom as if the mere strength of her huggy-wugs could vanquish their problems.

Perhaps she doesn't mean to, but in public she frequently slips into glutinous actress mode, as if she were rather hammily playing herself in some future episode of TV's The Crown.

If only she could dial down the full beam of worried sympathy that strobes from her lovely eyes at every opportunity and give it a rest with the endless Lady Bountiful arm-pats, I think people would like her more.

Let us discover for ourselves how caring and kind she is, instead of her spreading it on so thickly that we can hardly see past the sugary glaze. Too many layers of the custard of compassion on this particular royal trifle is going to make us all feel a little bit sick.

It is nice that Meghan wants to 'reach out' to the British charity sector and use her fame to become a full-time philanthropist and concentrate on her humanitarian work.

Yet there are people in her own family whom she hasn't reached out to in years, including her own father. With the best will in the world, it does put her one-gal task force for international healing and her undercover visits to mosques to console survivors under a slightly different, less rosy, light.

Charity begins at home — or it should, even for putative royals.

However, to find meaning and truth in the role of a royal spouse is a mighty and difficult task. Recent history is littered with casualties and examples, both good and bad.

Brittle Wallis Simpson was a woman of her time, one who cared for little except her pugs, her prince, her jewels and herself.

Prince Albert married not just a royal, but a head of state to boot, and, like Prince Philip a century later, found a way to make a difference through types of energetic philanthropy.

Diana set the gold standard for empathetic royal wives who worked with spirit and style for good causes, while Fergie . . . em . . . did not.

St Meghan would do well to note that the most successful royals keep their distance and their dignity. They embrace unfashionable causes, as well as headline-grabbing ones.

They attend flag-raising ceremonies in freezing South Korea, like Princess Anne. They visit farming communities in Cumbria, like the Countess of Wessex. They don't need to be loved and adored. They just get on with it.

The Queen would never hug a stranger, even a needy one. She keeps her gloves on, physically and metaphorically, which is one of the reasons why she has endured.

Meghan's biggest gesture to date has been giving up her acting career so that she and her prince can save the planet together — or whatever it is that they want to do.

So I don't think that she is a phoney. I do think she is marrying for love. And I believe she has a lot to offer this country.

However, the royal kind of fame is like no other. It can easily corrupt and be corrupting, for it is not based on achievement or merit, but upon status alone.

And having said previously that Meghan can't wear £56,000 dresses and expect people to love her as she doles out broth in a soup kitchen, I now wonder if she and Harry shouldn't smarten up, just a bit. In her urban-girl uniform of black trousers and coats, straggly-haired Meghan turns up on official royal business as if she were on her way to get coffees for the office. Joined by a tieless Harry, they crash around, high-fiving, cuddling, rapping to order and generally getting down with the kidz. One wonders who is advising this headstrong young couple and where their unconventional approach will lead.

In the meantime, lovely St Meghan should put a little starch in her shirt and stop trying to be a legend before her time.

Madame Remoleux, St Martine, Antarctica, 7 hours ago
Well said, you hit the nail right on the head. She should get her own backyard in order and then stop being so touchy feely with all in sundry - it is not Royal Family behaviour.
+3451 -171

Prunaprismia, Melbourne, Australia, 7 hours ago
It is a huge mistake of Harry's to bring this woman into the royal family and there's no getting away from that. Meghan Markle simply has no idea of the subtleties required for the role and I don't sense any desire to learn them either. I think she is happy in who she is and her belief is "take me or leave me". That is my impression.
+2739 -593

LUFFY, The North, United Kingdom, 7 hours ago
Because it¿s fake, but feeds her sense of self importance. It¿s condescending, using people for a photo opt. Trying desperately and failing to be Diana. It¿s weird and unregal. But she thinks it¿s what ROYALS do with the little people of Britain.....just look at her randomly hugging kids at the invictus games when she was only his long distant fling, the kids faces are classic.....¿why is this random woman hugging me¿, with a fake ass grin turned to the cameras in her merching gear.....
+2221 -295

Happygirl2, london, United Kingdom, 8 hours ago
Totally agree JAN the pair of them are really getting on my nerves. They are both full of themselves and a pair of scruffs. How can they represent Great Britain, it¿s embarrassing.
+1689 -201

Rainbow1233, London, United Kingdom, 8 hours ago
No one loves, likes or adores her! Have you read the DM comments section lately? Us Brits have sussed out Media Meg and have found her to be a total fake. She cheated on her live in boyfriend with Harry, leaves her dog behind in Canada and claims to not know her own brother. Not to mention her bankrupt dad she didn¿t help whilst making £50k per episode on Suits
+1439 -162

Hard to believe I share a planet with these fuckwits.
Cyclist, mr angry manchester, Watchman liked this
"The opportunity to serve our country. That is all we ask." John Smith, Leader of the Labour Party, 10 May 1994. 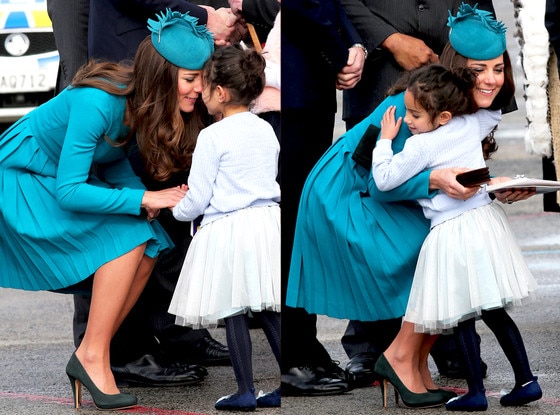 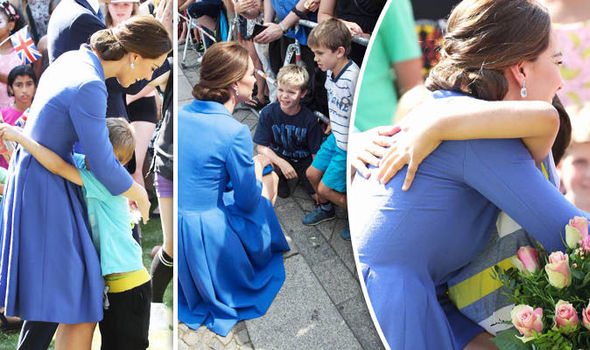 -  Fri Feb 16, 2018 1:03 pm #533933
They encourage a state of permanent conflict. For one to gain, another must lose. And unless it's cute pictures of kittens, someone must be to blame.
"I've tried to think of something clever to say about Rod Liddle, but I think he's just a cunt."

That's what I don't understand about Mailites. There are so many people to hate, yet so few brain cells to hate them with.
Millennium hand and shrimp, bugrit 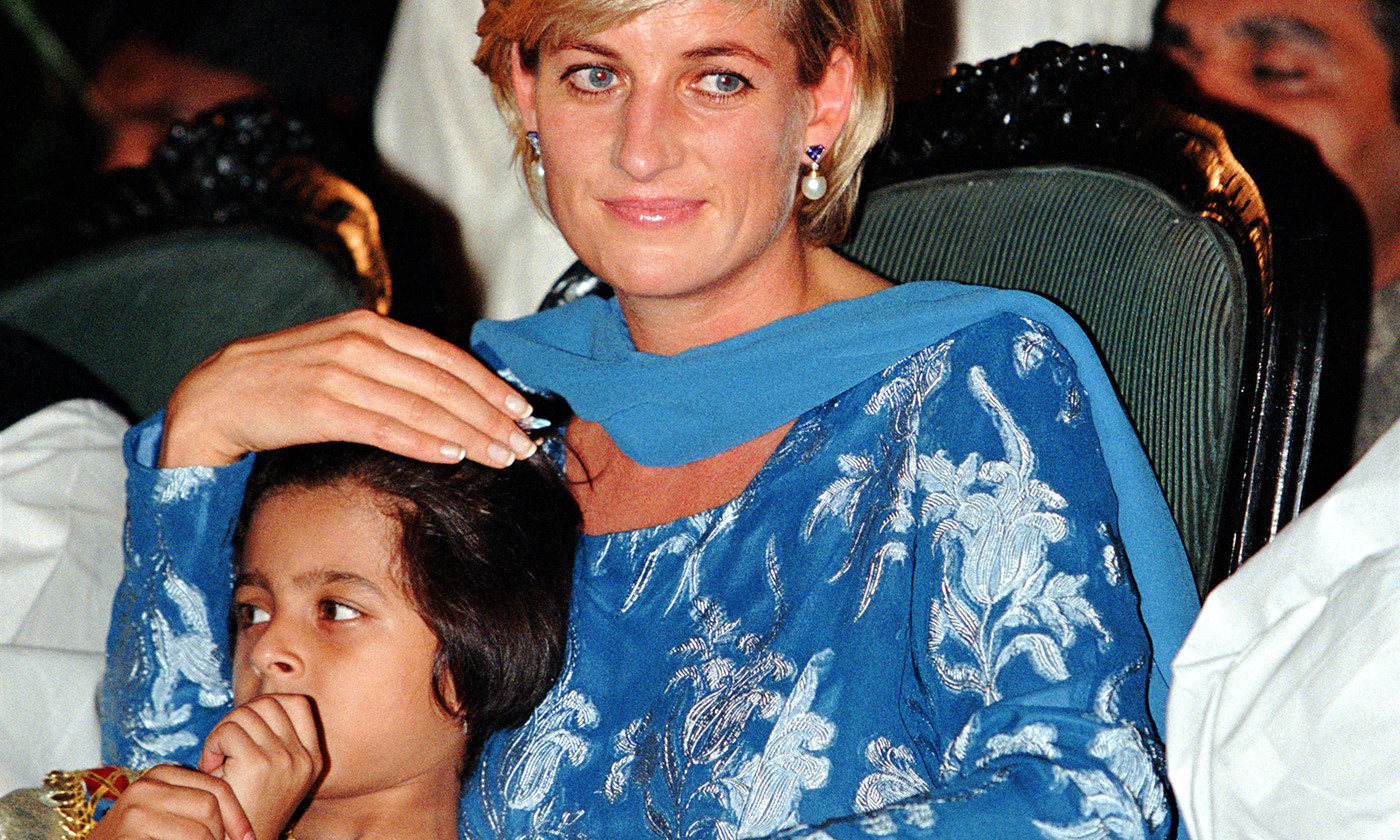 That article follows on seamlessly from Yvette Coo[…]

That headline says everything about the patronisin[…]