-  Tue Apr 09, 2019 12:48 pm #571877
A veritable plethora of spunktrumpets.
The pain broke me, brotherhood relieved me, and from my wounds sprang a river of freedom. (Paul Dorey)
Inscription on the Mémorial de la Paix, Caen.
How soon we forget.
Others?

Yup.
The pain broke me, brotherhood relieved me, and from my wounds sprang a river of freedom. (Paul Dorey)
Inscription on the Mémorial de la Paix, Caen.
How soon we forget.

The EU Empire is on the verge of victory, as Britain makes itself irrelevant
Charles Moore

Angela Merkel will now quietly decide our destiny
The first thing to say is that, despite everything, the law of the land remains that we leave the EU without a deal at 11pm on Friday next week. Given the alternatives, this would be much the best thing to do.

The second thing to say, however, is that this is highly unlikely. The combined effect of Mrs May’s weak stubbornness, her crazy last-minute legitimation of Jeremy Corbyn, and the antics of Letwin-Bercow-Cooper-Boles-Benn – hereinafter referred to, for brevity, as “Letlose” – will probably see to that.

The declared purpose of Letlose was for Parliament to “take control of the Brexit process”. This cannot happen, because Brexit is a negotiation, and only governments, not parliaments, can negotiate.

So the actual effect of Letlose is to destroy our Government’s negotiating position with the EU. This is a disgraceful thing to do; but, in a funny way, it doesn’t matter, because Mrs May has destroyed her own negotiating position anyway, by declaring, despite having said the opposite a hundred times, that no deal will not happen. She has no cards left to play.

All this means that Parliament and the Government have almost no role in what happens next – unless, as I say, they stick to what nearly 500 MPs voted for when they triggered Article 50, and let us leave without a deal. There is no point fretting about whether Mrs May’s deal is better than staying in the customs union, since it is almost the same thing.

It provides, in the Political Declaration and by the backstop trap, what amounts to a customs union anyway. To steal Dr Johnson’s phrase, it is like disputing the precedence between a louse and flea. The important point is that Letlose and Mrs May have now handed control of Brexit to the EU. So the EU sets the timing and the terms.

Therefore we can lift our eyes beyond Westminster. Rain stopped play there on Thursday afternoon. Let us pray that the roof goes on leaking for eight more days.

We should consider, instead, how the EU will now try to define our fate during the extension whose length it will shortly decide. The EU is not, as some of my fellow Brexiteers think, a dictatorship, but an empire. Empires are not necessarily all bad. When they work, they can bring more peace, more order and better drains, as did both the Roman and the British. When they don’t work, they impoverish, oppress and kill millions, as did the Soviet Union. On a scale out of 10, if the British empire is seven and the Soviet Union is one, the EU is three or four.

Their common problem is that they inevitably lack democratic legitimacy. So they perish. Empires have emperors. In this respect, the EU is a dual monarchy. Although it is also a bureaucracy – which is where, before lunch at least, Jean-Claude Juncker comes in – it really defers to whoever is Chancellor of Germany or President of France. Since the insane decision to create the euro, thus subjugating the zone to German economic preferences, the Germans have won.

As far as Brexit goes, then, we need briefly to consider Emmanuel Macron. He is an arrogant man, and very unpleasant about Britain, but he is only a little emperor. One longs for him to exercise his residual power to refuse us any extension, but he won’t. If he has a role in our drama, it is to be the hard cop.

The soft cop matters much more. WPc Merkel seems pleasant. If she were an empress in name as well as in fact, she might go down in history as Angela the Mild or Angela the Dull. This makes her more dangerous to the cause of Brexit than Mr Macron, because she will try to kill it with kindness.

Despite Mrs May’s best efforts, she still fears no deal at a later date because it represents imperial failure. Mrs Merkel’s kindness has already wreaked havoc in Europe – the feeble deal she offered David Cameron, her dire “rescue” of Greece, and her unilateral admission of a million mainly Muslim immigrants in one year.

On Thursday, she flew to Dublin. She met people from the border counties. Like the benign empress bringing comfort to the most far-flung of her subjects, she sat down and sympathised with what she thought were their woes. As someone brought up in East Germany, she said, she knew what it was like to live with a wall dividing your country. She promised to prevent it in Ireland.

This historical comparison was insultingly mistaken. It implies that the North is – or might become – like Communist East Germany, a dictatorship which severs a great people. It also implies that the imagined Brexit wall would be put up by the British. Empress Angela knows perfectly well this will not happen, because the only people wanting anything “hard” at the border are not the British and not the Republic, but the EU. In the event of no deal, Europe insists on a strict external frontier: it wants its tariffs. The Irish noticed none of this, because she was their great white mother from beyond the sea. https://www.telegraph.co.uk/politics/20 ... g_share_tw

*Past Barking, change at Upminster, then again at Romford and keep going.
**But not in as a comedian
Oblomov liked this

*Past Barking, change at Upminster, then again at Romford and keep going.
**But not in as a comedian

*Past Barking, change at Upminster, then again at Romford and keep going.
**But not in as a comedian

Shit... I meant Charles Moore as above, fuck knows where I got Clarke from 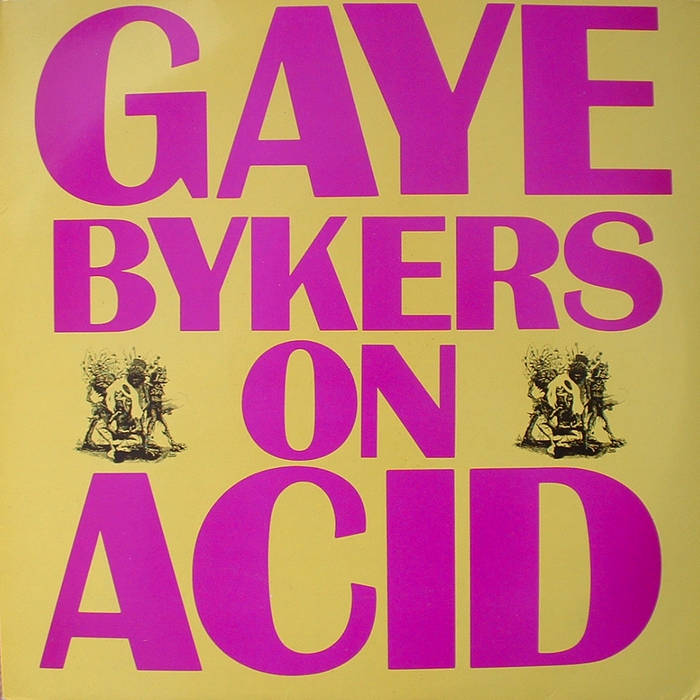 youngian wrote: ↑
Tue Apr 09, 2019 6:56 pm
A friend of mine was threatened by one of that band’s members for chatting up his groupie in the pub; “No one fucks with Gaye Bikers on Acid.”

That's a good story. Maybe the aggressive band member could have had a fight with Mark "TA" Francois instead.

Johnson Major to be PM to 2032, after taking over from an ejected May. Will guarantee two further terms of Tory rule based on his "ledge" status.
I know I ain't common 'cause I got class I ain't never used yet.

Because "This big monolithic thing that you[…]

No vetting necessary for our weirdo geniuses.. Str[…]