-  Mon Jun 10, 2019 11:01 pm #577602
A little wary of charities absolving local and national government of responsibilities, but definitely a move in the right direction. Much depending on how willing Joe Public will be to actually get involved rather than sit at home moaning about everything, but given a fair hearing from our fair, free and cherished press,* I think there's a lot this can acheive.


*Look out for buzzwords/trigger phrases like 'Venezuela', 'Hard Left', 'Marxist', 'Communist' and 'Trampling over Thatcher's legacy'.
The Red Arrow is currently appearing in 'Stop it! You'll go blind.' at The Witham, Barnard Castle.

-  Mon Jun 10, 2019 11:05 pm #577603
Our (Lib Dem) council has given a small degree of local control through 'Local Committees' which have been given some funds - you may remember the new war memorial that I was involved with a while back. It isn't anything very close to what Steve Reed is planning, though he is aware of it, and has proved popular. The activists, however, tend not to be the usual suspects.
Do what you can, with what you have, where you are.


In his speech before the interventions, the Labour leader said the party must unite to take on the “dangerously damaging policies” of the Tory leadership candidates, including tax cuts that will benefit the richest, attacks on abortion rights, and a “race-to-the-bottom no-deal Brexit”.

He said Labour was committed to working cross-party to stop no deal. “To break the Brexit deadlock, we need to go back to the people. Let the people decide the country’s future, either in a general election or through a public vote on any deal agreed by parliament,” he said.

Unite to take on dangerously damaging policies...except the most dangerous and damaging of them all, which he wants.

And then, even in that environment and even with allies telling him to buck the fuck up, he STILL couldn't resist, could he? A public vote is still second place to a GE he won't get, and it's still on "any deal agreed by parliament". Still caveated.

Milne will be pleased, of course. Everyone else, not so much.
lord_kobel, oboogie liked this

-  Tue Jun 11, 2019 4:09 pm #577641
"Any form of brexit" isn't the most damaging policy. Stop acting like us entering the customs union would destroy the country.
“Let me make my position clear: I wouldn’t want to win on an old-fashioned leftist platform. Even if I thought it was the route to victory, I wouldn’t take it. ”
-Anthony Charles Lynton Blair

One MP leaving the committee room said it had been Corbyn’s “worst meeting in his time as leader” – including those that led to the vote of no confidence in him. “He did not even seem to acknowledge there were difficulties, from Brexit, to sexual harassment, to antisemitism.”


Perhaps Corbyn's had some kind of episode, shut down from reality and can only see Teletubbie land.

Of course it fucking is. It amplifies everything else. Inequality. Poverty. Bigotry. Erosion of rights. And then makes it much harder to reverse any of them because you have less to work with and more to do.

It is beyond idiotic to say you want to address society’s problems by first making everything significantly worse.
lord_kobel, oboogie liked this

The choice of words is absolutely deliberate. A caveat for Corbyn and a bait and switch for his more easily led followers.
lord_kobel, oboogie liked this

Brexiters never mentioned it, not in the referendum, nor in the many years leading up to it. You're telling me now there's this option that does only marginal damage and keeps out Poles? Why isn't everybody stampeding to this painless way out of the shit?
oboogie liked this

I asked you this question on another thread. As you must have missed it I'll ask it again here.

Can you explain, in detail, how a Customs Union with no Single Market access would work for the UK?
oboogie, Timbo liked this
I could never die, I'm Chuck Norris.
Fuck the Government, and fuck Boris.

-  Wed Jun 12, 2019 6:00 pm #577745
Why do you think we'd have no single market access if we were in the CU?
“Let me make my position clear: I wouldn’t want to win on an old-fashioned leftist platform. Even if I thought it was the route to victory, I wouldn’t take it. ”
-Anthony Charles Lynton Blair

Are you fucking kidding? You’re promoting Corbyn’s ‘solution’ as being great, and you don’t know what it is???!??!

‘Access’ to the single market is a red herring. EVERYONE has access to it. The benefits are from being IN it.

For christ’s sake, at least know what it is you’re pushing.

And given that Labour have ruled out freedom of movement, the EU wont let us have SM access. 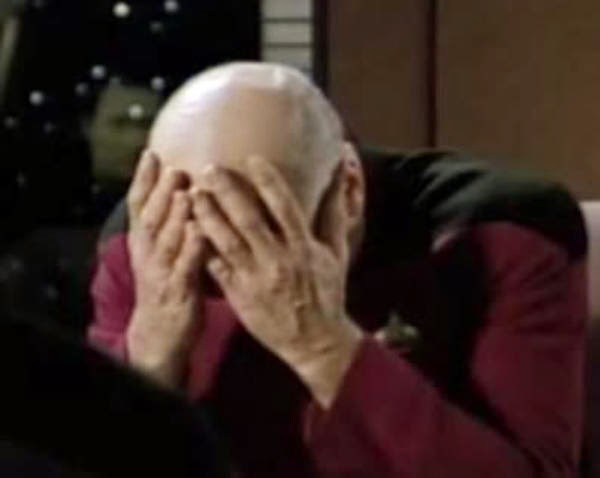 Reply
Return to “Labour”
27 May

Questionable, Nigel? Fuck me, its as clear as ding[…]

Well matey, hadn't you better have a word with the[…]

Scroll down, my lovelies - they know what's real[…]