A Mississippi event venue apologized in a since-deleted Facebook post after it faced backlash for refusing to host an interracial wedding, citing the owner’s “Christian beliefs.”

LaKambria Welch drove to Boone’s Camp Event Hall on Saturday after her brother and his fiancee had been told by the venue they were no longer welcome to hold their event at the location, Welch told The Washington Post.

Welch recorded the interaction with a woman, identified as the venue owner, in a video that was first reported by Deep South Voice and has millions of views across social media platforms.

“First of all, we don’t do gay weddings or mixed race,” the woman says.

The woman would not point to what in the Bible informs her beliefs when asked, saying, “I don’t want to argue my faith.”

In the since-deleted Facebook post, which was screenshot and shared by others, the venue owner apologized for what was said in the video and said she realized she had been wrong that her "Christian beliefs" said anything about banning interracial marriages.

“To all of those offended, hurt or felt condemn by my statement I truly apologize to you for my ignorance in not knowing the truth about this,” the now-deleted apology read. “My intent was never of racism, but to stand firm on what I ‘assumed’ was right concerning marriage.”

“As a child growing up in Mississippi our racial boundaries that were stated were that of staying with your own race. This was never verbally spoken, but it was an understood subject,” it reads.

She added that her husband asked her on Saturday night to find the part in the Bible “concerning biracial relationships.”

After studying and sitting down with her pastor, the owner said she realized she was wrong.

“I have come to the conclusion that my decision which was based on what I had thought was correct to be supported by The Bible was incorrect! I have, for many years, stood firm on my Christian faith not knowing that biracial relationships were NEVER mentioned in the Bible!” she said.

A textbook example of the sort of 'Christian' who believes everything that the right sort of people tell them about the Bible, but're too busy believing to actually read it.

This is why multiple pieces of research have shown that atheists and agnostics are more informed than devout 'Christians' in the US.

When I was moderating online fora, we used to regularly have a situation we called "hitting the reality bump". This was what happened when someone who was usually somewhere between the ages of 12 and 16 came online for the first time, and was suddenly exposed to the fact that despite what their family and/or community had taught them, the majority of people did not agree with the idea that (to use one admittedly extreme example from a 13 year old, white alleged Christian) God advocated that LGBT+ people should be rounded up and shot, and the majority of people were willing to tell them as much.

It tended to get very messy, as deeply held beliefs led to a lot of crying about intolerance and persecution and not being prejudiced from the person being told that just maybe they were in the minority, or more extreme than most, and both they and members of the minorities they despised without knowing as human beings wound up getting hurt.

This isn't the first time I've seen an American 'Christian' say that miscengenation or even black people're literally the devil's work.

But just as I ran into that 13 year old by xhance online about 15 years later and he's still a raging bigot, someone would still have to have their head under a rock and several metric tons of confirmation bias to've held to those assumed, 'unspoken' beliefs for quite that long.
Timbo liked this
"It is the duty of a newspaper to comfort the afflicted and afflict the comfortable."

The condemnation of the most powerful gun-ownership advocacy group in the US was unanimously passed on Tuesday by the San Francisco Board of Supervisors.

It follows a shooting attack against the Gilroy Garlic Festival, south of the city, which killed three in July.

The resolution says the US is "plagued by an epidemic of gun violence" and accuses the NRA of using "its considerable wealth and organisation strength to promote gun ownership and incite gun owners to acts of violence".

"All countries have violent and hateful people, but only in America do we give them ready access to assault weapons and large-capacity magazines, thanks, in large part, to the National Rifle Association's influence," the resolution says.

The bill also urges the city and county to reconsider its relationship with companies that do business with the NRA....

Malcolm Armsteen, Boiler, Kreuzberger and 3 others liked this
What duck?


Virginia couples challenge laws requiring them to declare their race

The suit, filed by lawyer Victor M Glasberg on behalf of three couples, describes the statute as "unconstitutional" and "reflective of a racist past"...


...Virginia is one of eight states in the US with this legal requirement to identify race prior to marriage.

Mr Glasberg notes that in Virginia, "this requirement reflects a regulatory scheme embodied in the Virginia Racial Integrity Act of 1924, originally called 'An Act to Preserve the Integrity of the White Race'."

He says that the requirement for race on marriage records was grounded in bigotry...


..."We didn't feel comfortable. We were told we could put 'other' down as an option but that's not what we are. It was either 'pick other, pick a race or you can't go ahead'."

Mr Churchill was positive about his chances of success. "A requirement like this might have been Virginia's past but it's not its future," he said.

"We are not telling people they can't identify with a certain race. We are saying it's not the State's place to compel individuals into certain categories."

The governor's office said it does not comment on pending litigation but a spokeswoman added: "Governor Northam is dedicated to addressing racial discrimination in all its forms, and recently established a commission to examine the vestiges of racially discriminatory language in Virginia law."

Charlotte Gomer, press secretary for the Office of the Attorney General said: "Although it's not readily apparent why state law requires the collection of this data on the marriage license application, we will examine the complaint closely and carefully to determine how best to proceed."


I was going to make a pithy comment, but words just failed me.
What duck?

Virginia couples challenge laws requiring them to declare their race


Mr Glasberg notes that in Virginia, "this requirement reflects a regulatory scheme embodied in the Virginia Racial Integrity Act of 1924, originally called 'An Act to Preserve the Integrity of the White Race'." 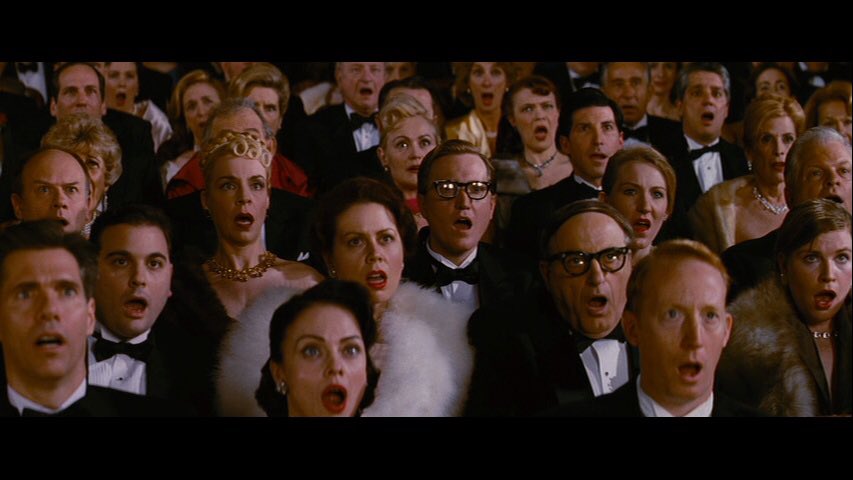 Virginia couples challenge laws requiring them to declare their race


Mr Glasberg notes that in Virginia, "this requirement reflects a regulatory scheme embodied in the Virginia Racial Integrity Act of 1924, originally called 'An Act to Preserve the Integrity of the White Race'."

Er Bones, see my post two posts above yours

Excellent point, I'm a bit "laggy" some mornings.
The educated differ from the uneducated as much as the living from the dead. Aristotle

Coffee would do nicely...
The educated differ from the uneducated as much as the living from the dead. Aristotle

We'd get Tommeh in a modded 1.4i hatchback with big speakers.
The educated differ from the uneducated as much as the living from the dead. Aristotle

https://guacamoley.com/the-scoop/2019/0 ... 68d22425b2
The educated differ from the uneducated as much as the living from the dead. Aristotle


US gun laws must be stricter, say business chiefs

he leaders of 145 US companies have sent a letter urging Congress to enact stricter gun laws as pressure builds on lawmakers to respond to gun violence.

The letter calls on Congress to expand background checks and create new ways to prevent access to firearms.

It follows mass shootings in California, Texas and Ohio that left dozens dead.

Signatories included dozens of tech companies, such as Airbnb and Uber, as well as media and financial firms.

"Gun violence in America is not inevitable; it's preventable," the business chiefs wrote in the letter. "There are steps Congress can, and must, take to prevent and reduce gun violence."

An average of 100 people a day are shot and killed in the US. Polls have shows that nearly half of all Americans expect another mass shooting to happen soon....

I'm not holding my breath.
What duck?

Not a hoax. The thread contains a link to the prod[…]

I thought it quite odd that I hadn't been e-mailed[…]

But, but.. She has been so trustworthy in the past[…]